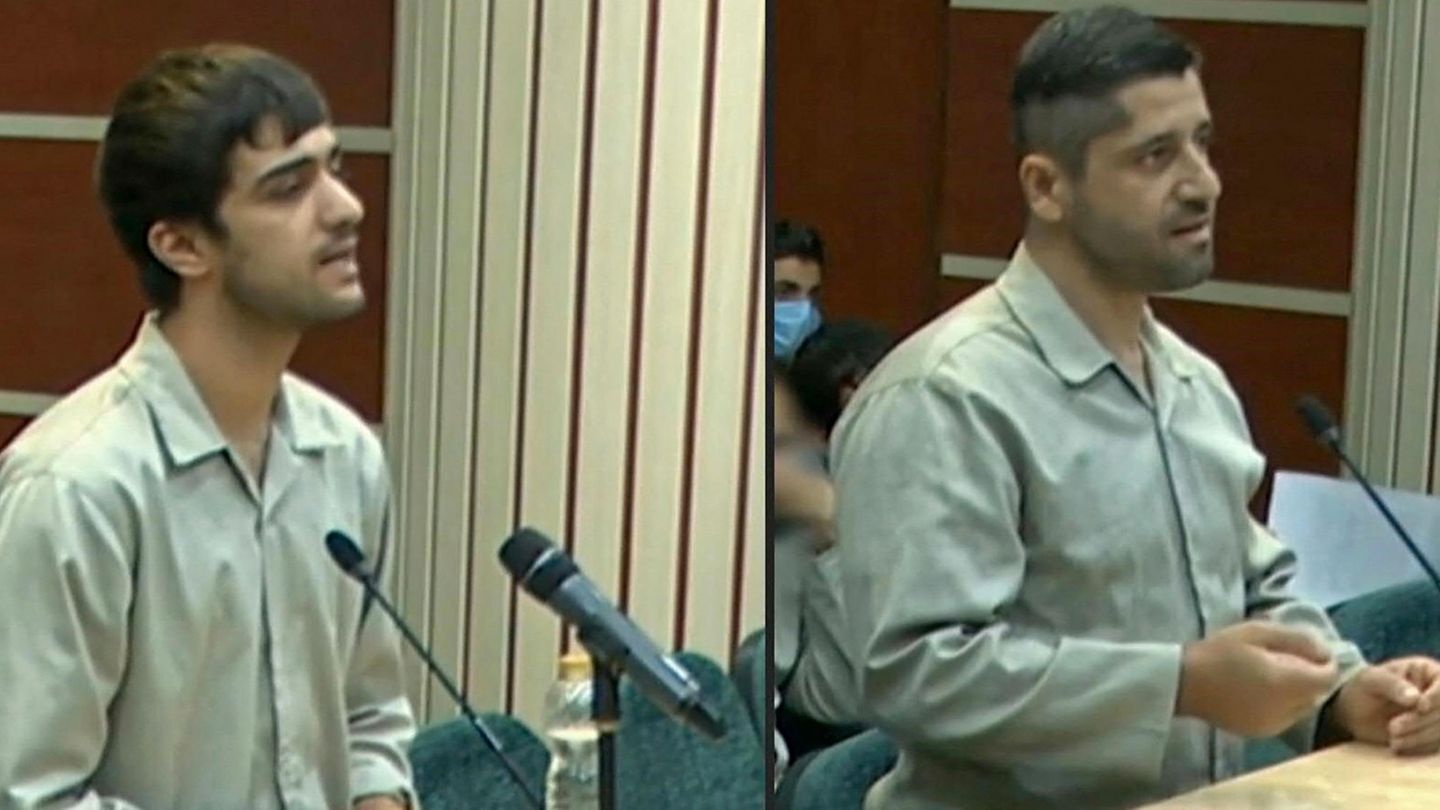 Iran is cracking down on the protests in the country with all its might. Already in the first days of 2023, the judiciary has pronounced or confirmed seven death sentences and executed two people. What is known about the cases.

In Iran, the regime and the judiciary are cracking down on the ongoing protests. According to information from the human rights organization Amnesty International, at least 26 demonstrators in Iran are facing the death penalty. Hundreds of protesters have already been killed and thousands more arrested. A common accusation in Iran is “war against God”. This is one of the most serious crimes against the Islamic order in the criminal law of the theocracy and is punishable by death. “Corruption on earth” can also be punished with death under Iranian law. The human rights organization “Iran Human Rights” (IHR) counts 109 demonstrators who face the death penalty and 481 people killed by the regime during protests.

Since the protests began, the Iranian judiciary has issued 18 death sentences, four of which have already been carried out. On Monday night, numerous people and relatives protested in the capital Tehran against an imminent execution. The following death sentences and executions date from 2023 alone:

The Iran Human Rights (IHR) organization based in Oslo reported on New Year’s Day that 18-year-old Mehdi M. was sentenced to death for setting fire to a traffic police cottage in the city of Novshar in the west of the country. He was found guilty of “corruption on earth” and “enmity against God”. This double charge led to a double death sentence. IHR director Mahmud Amiry-Moghaddam told the AFP news agency that according to all available information, M. is likely to be the youngest person sentenced to death in connection with the protests.

Also on January 1, the Iranian judiciary announced on its website “Misan Online” that the death sentence against 19-year-old Mohammed B. according to IHR information had been confirmed. The death penalty for B. was “confirmed by the Supreme Court” on December 6, it said. He can no longer appeal and can be executed at any time.

B. was also tried for being an “enemy of God”. According to “Misan Online”, he was accused of attacking a security officer with a knife and “terrifying the citizens”. He was also charged with “setting fire” to the administrative headquarters in the city of Pakdascht, south-east of the capital, Tehran.

Arshia Takdastan was found guilty of “corruption on earth” and “war against God”, the Internet service Misan Online of the Iranian judiciary reported last Thursday.

Takdastan was the “leader of a crowd in the main square of the city of Noshahr” in the north of the country and had “committed serious crimes,” Misan Online reported. The authorities did not provide any information about the age of the convict and the date of his arrest. The convicted person can appeal against the verdict.

Saleh Mirhashemi, Majid Kasemi and Sayed Jaghubi have been convicted of joint responsibility for the deaths of three security forces during a demonstration in Isfahan province on November 16, the Iranian judicial authorities’ news website said. According to Misan, they were sentenced to death in the first instance for “war against God”.

Two other defendants received prison sentences, including 26-year-old footballer Amir Nasr-Asadani. He was sentenced to a total of 26 years in prison. According to Misan, all judgments can still be appealed to the Supreme Court.

Mohammed Mahdi Karami and Sejed Mohammed Hosseini were hanged on Saturday, according to the Iranian judiciary. They were found guilty in December of being “mainly responsible” for the death of a member of the paramilitary Basij militia during demonstrations in the city of Karaj, west of Tehran, according to the judicial authority’s website. On Tuesday, the Supreme Court upheld the verdict against the two. The executions on Saturday caused international outrage.

As announced on Tuesday, Javad R. was found guilty and sentenced to death for his involvement as a “ringleader of the unrest” in the northern port city of Noshahr. According to Islamic legal opinion, the man was charged with “waging war against God” and “corruption on earth”. The judgment can still be appealed.

There have been protests against the Islamic leadership in Iran for months. They were triggered by the death of 22-year-old Kurd Mahsa Amini. She died on September 16 after the vice squad arrested her in Tehran for violating the strict Islamic dress code. Activists assume that Amini was mistreated by the police.

The Iranian leadership is taking decisive action against the protests. Hundreds of participants have already been killed and thousands more arrested.