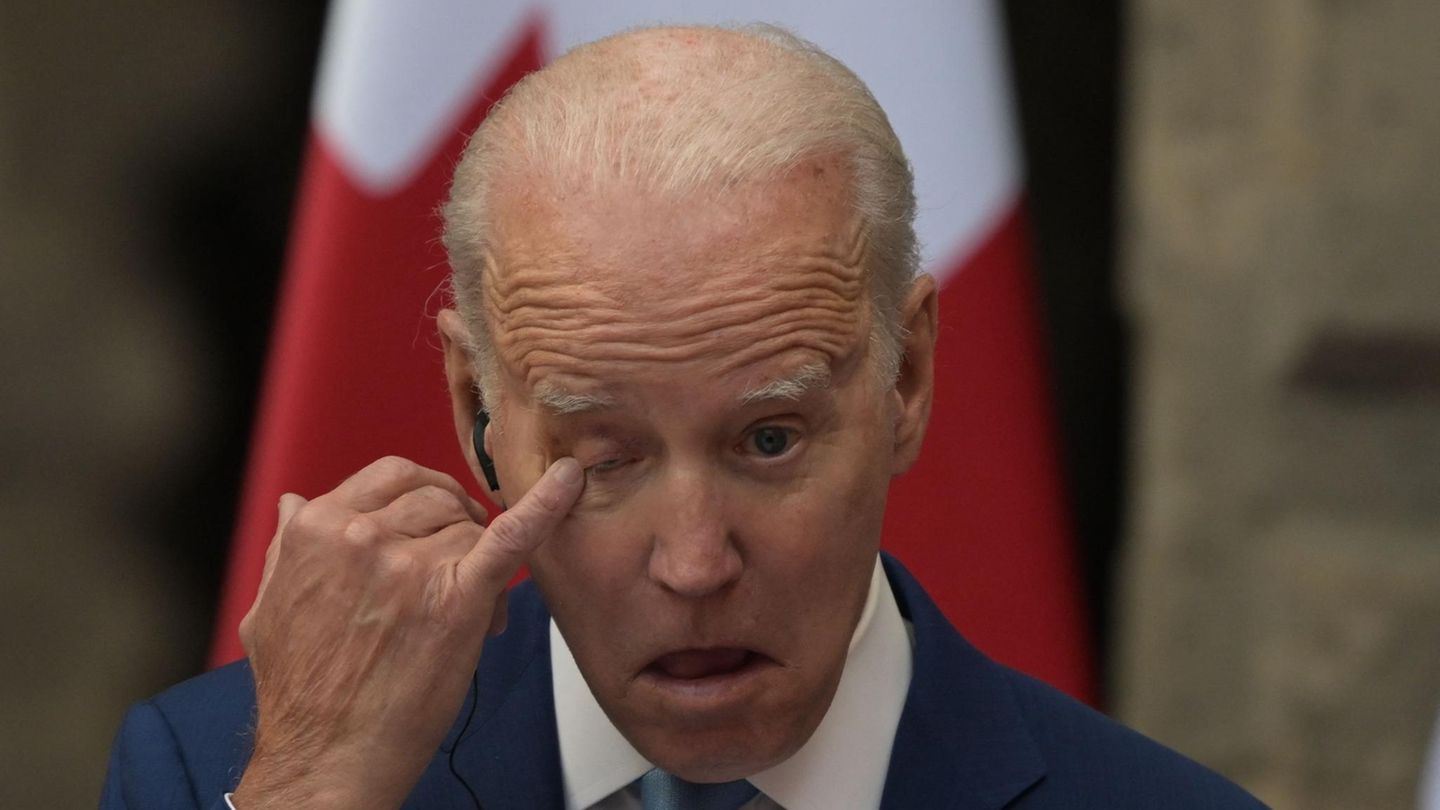 US President Joe Biden’s targets for attack are getting bigger and bigger: US media reports that he is said to have hoarded more secret documents. Sharp criticism came from Biden’s predecessor.

According to media reports, after the discovery of secret documents in a former private office of Biden, further government documents were found. They were discovered by Biden employees searching a second location, several US media reported on Wednesday evening (local time), citing unnamed sources. There was initially no confirmation from the White House.

Many questions about the new find were still open – including the content of the documents and the location and time. According to the broadcaster NBC, it is again classified documents. It was only made public on Monday that Biden had kept secret documents from his time as US Vice President Barack Obama in his private offices in the Penn Biden Center in the capital Washington. Biden used the premises after he left the office of vice president in 2017 until about 2020, the White House said.

These documents were immediately handed over to the National Archives. The documents are reported to be at least 10 classified papers, some of which are top-class classified. Biden was surprised in response to the discovery that was made public on Monday. He does not know who brought the documents there or what they contained. At the same time, the Democrat promised “full cooperation” with the investigations. The situation is politically extremely sensitive for Biden, because his predecessor Donald Trump caused a scandal in the summer with a similar case. Biden then criticized Trump.

Republicans dish out against Biden

The fact that further documents have presumably been found strengthens the Republicans in their attacks against Biden. Trump shared reports on the new find on the Truth Social network he co-founded. Republican leader Elise Stefanik tweeted on Wednesday, “We will demand answers, stop politicizing the corrupt FBI and Justice Department, and hold the Biden crime family accountable.”

In the House of Representatives, the Republicans, with their regained majority, want to push Biden along with investigations anyway. You now have the power to subpoena people or request documents. Various committees are to examine how Biden handled the withdrawal from Afghanistan. The business relationships of Biden’s son Hunter and the secret documents that have now surfaced will also be discussed.

“The FBI searched the home of former President Trump (…) There is a special investigator investigating. We now have two different locations where Joe Biden had classified documents, but nothing happened,” said the Republican chairman the key Committee on Oversight and Reform, James Comer, on Wednesday evening (local time) on ABC. There is a double standard in dealing with Biden and Trump.

After the first find in November, Biden employees searched other locations for government documents, the broadcaster CNN reported on the recent discovery. The second tranche was found. It was unclear whether other documents were also discovered.

The White House dodged critical questions about the first find on Wednesday and only referred to a statement from Monday. Spokeswoman Karine Jean-Pierre refused to comment on why the White House had not made the find public much earlier. The documents were discovered in November shortly before the midterm elections – the media finally made this public.

When he left the White House, Trump took government documents with him to his private estate Mar-a-Lago in Florida on a grand scale, including a number of top-secret documents. The Federal Police FBI had searched the property in Florida in August and confiscated various classified documents.

Attorney General Merrick Garland, appointed by Biden, appointed a special investigator to clarify whether Trump may have committed a criminal offense. In the United States, government documents generally need to be archived and preserved for posterity. Unlike Biden, Trump’s case was preceded by a dispute with the National Archives. It tried unsuccessfully for months to get papers from Trump’s tenure.