In a letter to the EU, Greece warns of Turkey policy and “accident” in the Mediterranean 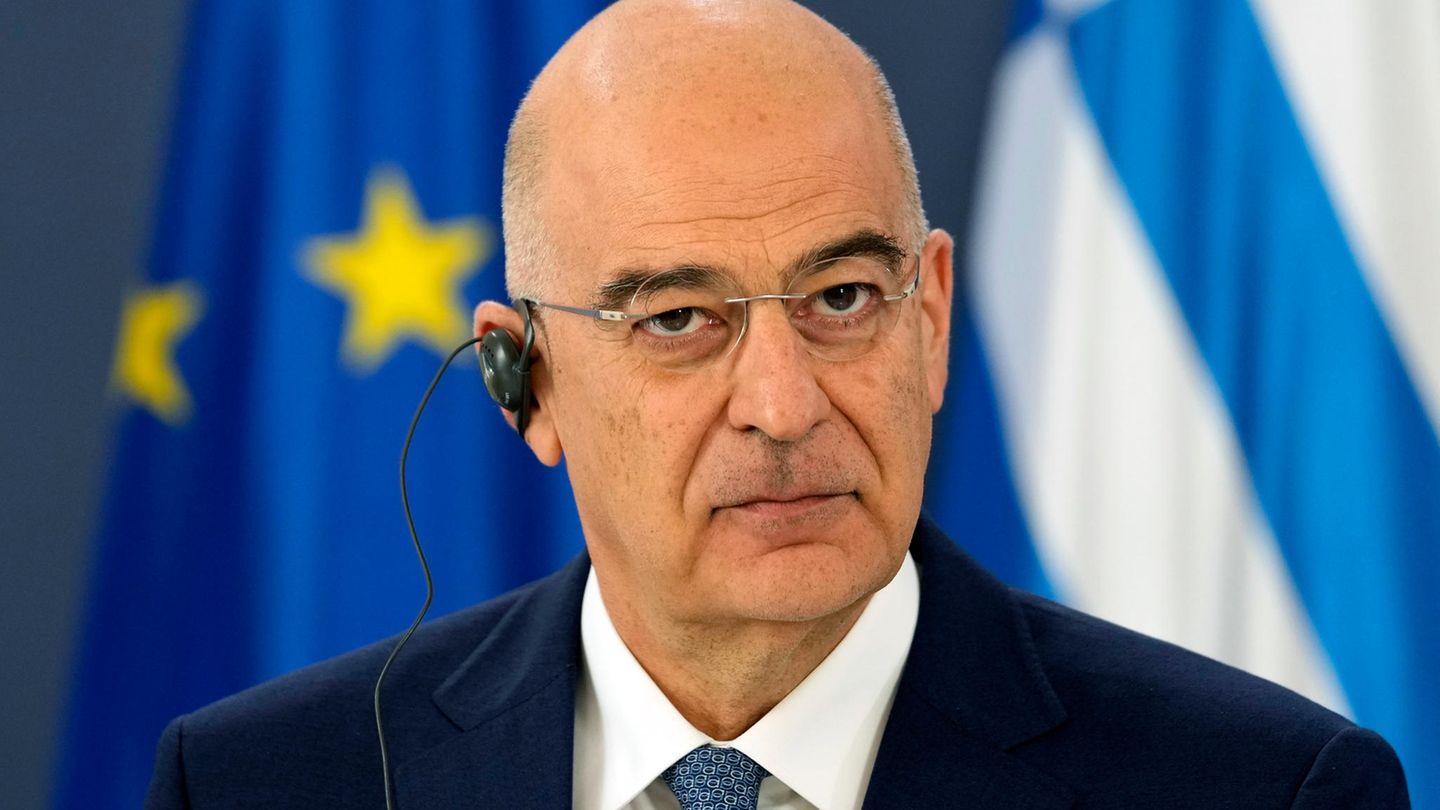 Tensions between Greece and Turkey are reaching a new high. In a letter to the EU, Greek Foreign Minister Nikos Dendias warns of an “accident” in the Mediterranean. Athenian tolerance towards Turkey is reaching its limits.

The dispute between NATO partners Greece and Turkey is taking on new proportions. Athens fears an escalation in the Mediterranean due to the aggressive policies of Turkish President Recep Tayyip Erdogan. The Greek Foreign Minister Nikos Dendias has therefore written a letter to the EU foreign policy chief Josep Borrell.

According to Dendias, the practice in the Aegean is causing problems in Greece, but above all it is harming the European environment as a whole and violating the European acquis. “This repeated Turkish practice creates a dangerous security environment and increases the possibility of an ‘accident’ that could be exploited by Ankara to escalate tensions between Greece and Turkey.”

In his letter, the Greek foreign minister refers to an incident that took place on January 5, according to diplomatic sources. The Greek coast guard was harassed by the Turkish coast guard during an operation in Greek waters. Specifically, it is said to have happened when the Greek Navy identified three Turkish fishing boats in the sea area south-east of Farmakonisi, which were fishing in Greek sovereign waters.

Dendias generally complains that Turkish fishermen refuse to cooperate and often behave aggressively – not only towards the Greek Coast Guard but also towards Greek fishing vessels. The Greek Foreign Minister states: “An attitude directed against the legitimate fishing activities of Greek fishermen”. “It is easy to understand what consequences such a development will have for the entire region, but also for European-Turkish relations,” Dendias continues. He accuses Turkish officials of aggressive rhetoric, “who almost daily make unprovoked threats against Greece.”

“Together with the incidents challenging national sovereignty in the Aegean Sea and the Eastern Mediterranean, it is clear that Turkey’s illegal and unregulated (IUU) fishing is another means of implementing its revisionist policies and the status quo in the region,” the letter reads. If Turkey continues the practice, Dendias proposes EU action, such as a ban on the sale of fishery products on the EU market. The letter to the EU foreign policy representative is also intended to send a signal to Turkey that tolerance in Athens towards certain things is coming to an end.

Greece: Dispute with Turkey in the Mediterranean

Greece sees Turkey’s activities as a threat to its sovereignty. There is a clash between Turkish and Greek armed forces almost every day. It was only on Monday that the Greek television station Open TV reported on serious confrontations between the air forces of both neighboring countries. Accordingly, there were airspace violations over the Mediterranean islands by a total of 20 Turkish fighter jets – 16 of them armed – which led to confrontations with Greek fighter planes. The Greek military is on alert due to the tense situation and regularly conducts exercises in the Mediterranean. An exercise involving a warship and four fighter jets began on Wednesday west of the island of Psara in the east Aegean. A much larger military exercise involving almost the entire naval fleet in the Mediterranean is scheduled to start next week.

The two countries have long been at odds over maritime rights. The background is, among other things, the demands of areas for economic use, such as for natural gas drilling in the sea. And Ankara accuses Athens of militarizing the islands in the eastern Mediterranean. Meanwhile, Turkey itself has stationed the largest landing force in the Mediterranean on the Aegean coast. In the meantime, Erdogan was already openly threatening Greece with war. It is possible that the war rhetoric is not a desire for a military escalation, but rather an effort to distract from the domestic political problems ahead of the parliamentary and presidential elections in Turkey next June. But an act of sabotage and an escalation with Greece cannot be ruled out either. This finally confirms Dendias’ letter to Borrell.

From the Cold War to the Russian invasion of Ukraine: the history of NATO

There are also discrepancies in the refugee issue. Erdogan recently accused Greece of “killing” refugees in the Mediterranean while the Turkish Navy rescued people who had fled in the sea. Athens, in turn, accuses Ankara of allowing refugees in Turkey to enter Greece illegally (push forward).