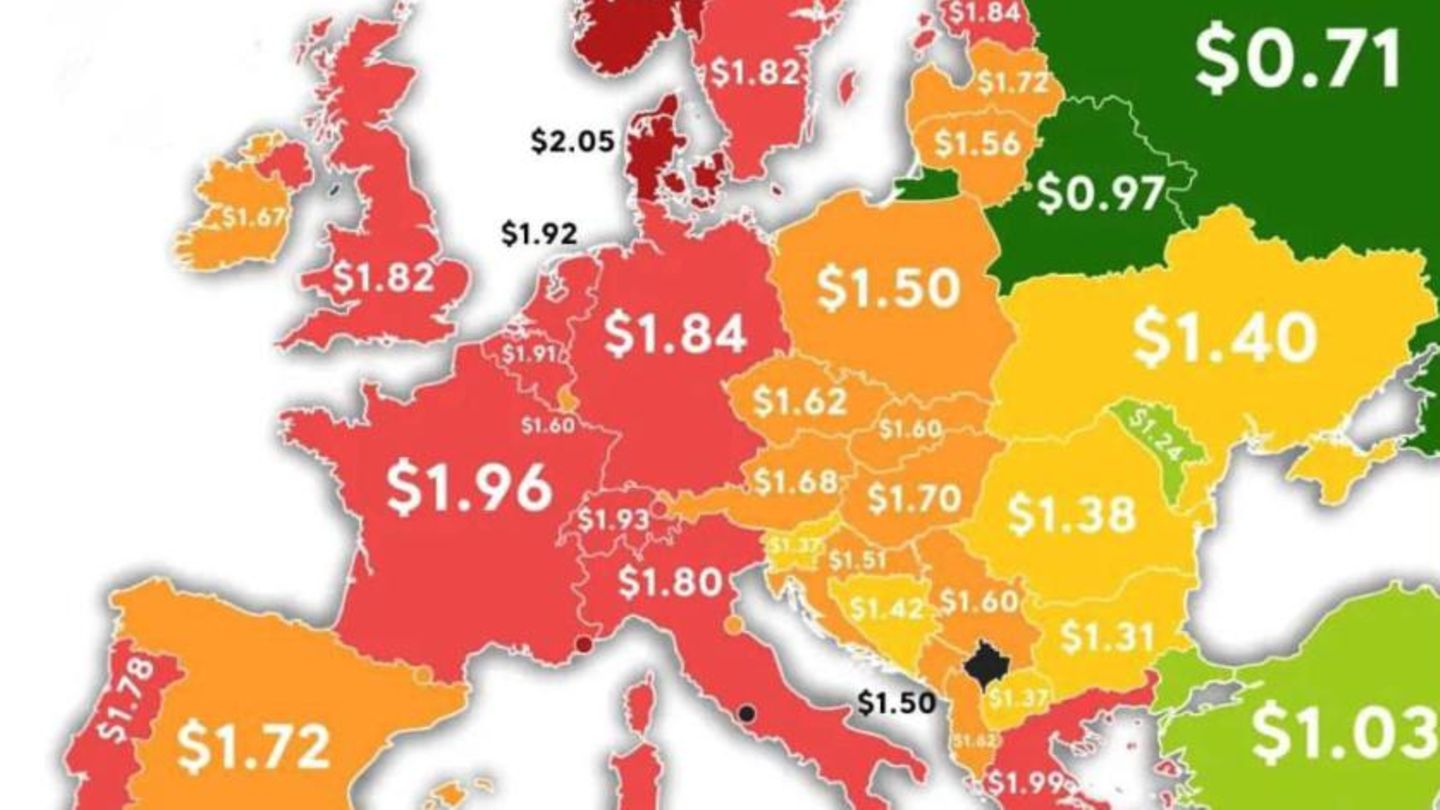 A propaganda salvo against the West backfired on the Russian embassy in Sweden. Because she published a map that undermines her own “realities”, she earned scorn and ridicule on the Internet.

A post that was probably intended as a dig at the unloved West became a propaganda goal for the Russian embassy in Sweden. On Tuesday, the diplomatic mission published a map comparing the different fuel prices in different European countries. The assumption is not far away that once again the propaganda narrative that has proven itself from the Russian point of view should be used: look, the West with its unjust sanctions is now suffering from the high prices, while Mother Russia is exemplary in looking after the wallets of domestic drivers (and those in ally Belarus).

Of course, the map comes without any further context (income level, tax on gasoline), which would eventually cloud the beautiful narrative.

It’s just stupid that the authors undermine their own agitation from Moscow with their contribution: The map used shows the Ukraine in its original borders, i.e. including all areas annexed by Russia in violation of international law. Neither Crimea, which was already occupied in 2014, nor the regions of Luhansk, Donetsk, Zaporizhia and Kherson – which the Kremlin has considered part of its national territory since September 30, 2022 – are included in the chart of the Russian Federation. Since then, Russian President Vladimir Putin has been pushing for the world to recognize his new “territorial realities,” and publishing “false” maps can even be punishable in Russia.

The mockery was not long in coming on Twitter. If Russia now knows the borders, it can finally withdraw its soldiers, it said, among other things. How did the embassy react? So far she has not deleted the card, but followed up with another post. This showed a Russian map including the areas in question.

The embassy wrote in Russian and Swedish that it should be noted that not all western sources correctly depict the map of Russia.

But at least it fits the usual propaganda gibberish: the West is always to blame.

In the gallery: How the fronts in Ukraine have shifted in almost a year of war