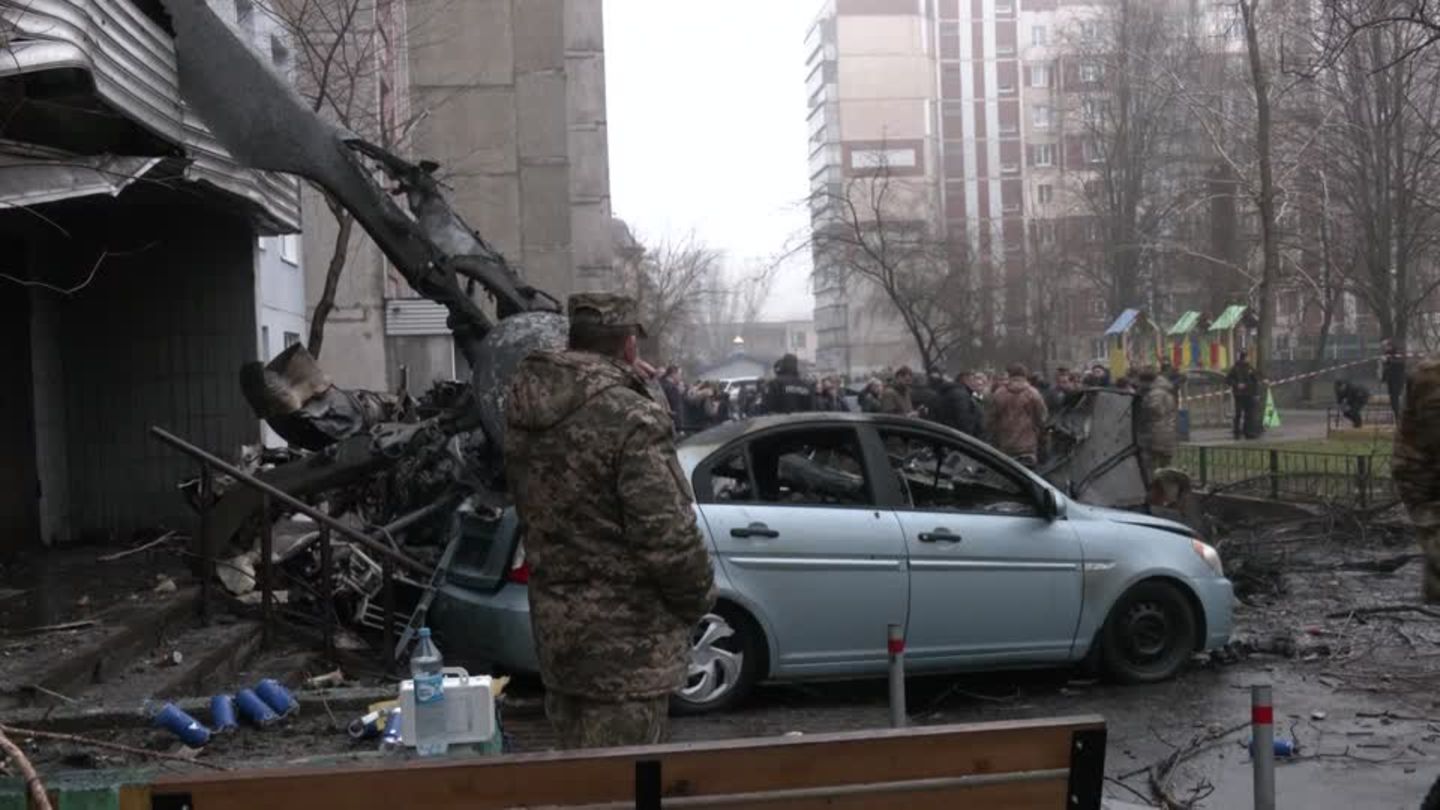 Watch the video: that of a helicopter in Brovary near Kyiv.

Burnt-out rubble lies near a kindergarten in the Ukrainian town of Brovary, a few kilometers northeast of the capital Kyiv. A helicopter of the State Emergency Medical Service went down here. The authorities spoke of at least 15 dead on Wednesday morning. Among them are Interior Minister Denys Monastyrskyj, his deputy Yevhen Yenin and the ministry’s state secretary. It is particularly painful that at least three children were also killed in the crash. At the time of the tragedy, children and staff were in the daycare, according to the regional authorities. Video recordings showed damage inside the daycare center. Ukrainian President Volodymyr Zelenskyi spoke of a “terrible tragedy”. Kiev’s Mayor Vitali Klitschko, who learned about the incident during his stay at the World Economic Forum in Davos, made a similar statement. In a first reaction, he acknowledged the achievements of the interior minister. “He is a young, very patriotic man who has done a lot for them. He has carried out police reform. It is a great tragedy for Ukraine, for his family and also for the children.” Federal Interior Minister Nancy Faeser was also concerned in front of reporters in Berlin at noon. “This appalling news in the midst of the brutal Russian war of aggression in Ukraine once again shows the endless suffering of the civilian population. This shocks me greatly and the entire federal government is deeply shocked. I spoke to the Ukrainian ambassador Oleksiy Makeyev on the phone this morning and I express my heartfelt condolences to the entire federal government And I have offered my help, the federal government, to help solve this helicopter crash.” According to the regional governor, around 30 people were injured, including 15 children. The cause of the crash was initially unclear.