Olaf Scholz’ tank policy: “Chancellor with his head in the sand does not look good” 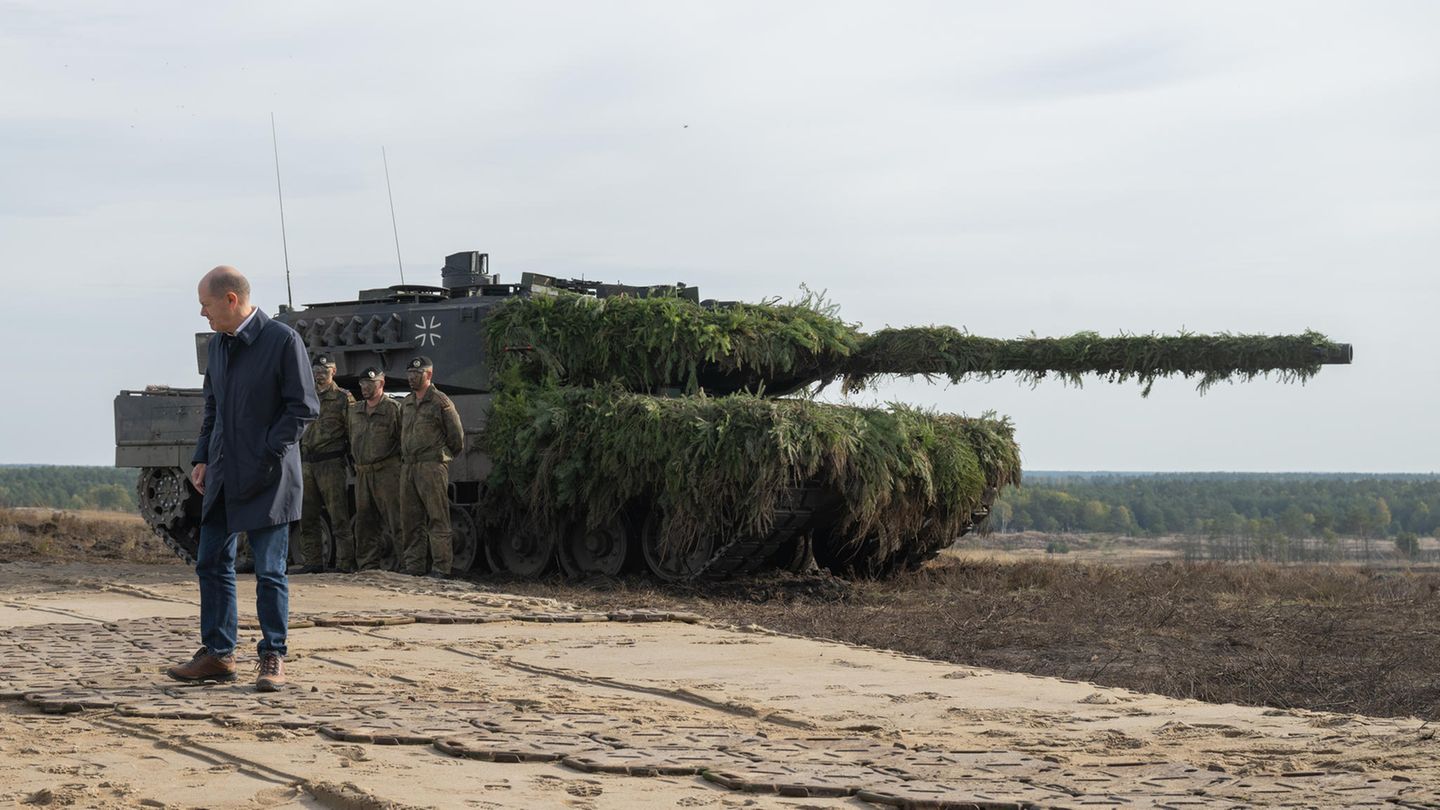 The pressure on Olaf Scholz to deliver Leopard 2 to Ukraine is growing. The chancellor’s hesitation is understandable in a way, but it doesn’t make Germany look good on the international stage, according to comment columns in German newspapers.

The delivery of Leopard main battle tanks to Ukraine is apparently getting closer. According to unanimous media reports, Chancellor Olaf Scholz is now ready to do so – but only under certain conditions. According to the “Süddeutsche Zeitung” and “Bild”, Scholz made it clear in a telephone call to US President Joe Biden that Germany could only deliver if the US in turn provided Ukraine with its own Abrams battle tanks. The chancellor’s hesitant stance met with the approval of the population on the one hand, but irritation among the allies on the other, commentators in German newspapers noted on Thursday.

“New Osnabrück Newspaper”: “The strengthening of the armaments industry and the elimination of deficiencies in the army’s command structure show that Putin is far from over and is preparing for a long conflict. History shows that peace negotiations are only possible if both warring parties join forces militarily reach a stalemate and no one sees an advantage in continuing the conflict. Therefore, if you want to end the war quickly, you must continue to enable Ukraine to defend itself against the Russian attack. Main battle tanks are indispensable for this, many military strategists agree . Scholz’s ever-increasing hesitation is now massively isolating Germany.”

“people’s voice” (Magdeburg): “The situation is similar to that just before the attack on Ukraine. Olaf Scholz was driven through the ring and his amazing feat was not to say the word ‘Nord Stream II’ until it became ridiculous. The alliance struggled for maximum deterrence at the time. Scholz stuck his head in the sand. He didn’t even want to put the unused pipeline up for sale. His current nonsense is ‘Leopard II’. In this case, too, the Chancellor with his head in the sand does not cut a good figure And there is a risk of an unworthy end like in February 2022, when Joe Biden prompted the stubborn chancellor with the right answer in front of the cameras. It’s quite possible that things will be similar in Ramstein on Friday understand the attitude of the Germans. Putin announces Armageddon to the Ukrainians. But Scholz cannot pronounce ‘Leopard II’. Blamable!”

“Rhein-Zeitung” (Koblenz): “The signs in Ukraine are stormy, a Russian spring offensive is in the air. Russian troops are increasingly bombing infrastructure and residential buildings. There is speculation that Putin will soon mobilize hundreds of thousands of additional reservists for a spring offensive. The Chancellor’s cautious attitude is striking high level of approval among the population. The fear of participating in the war is great. And yet: In view of the increased Russian attacks, Scholz should give in. This could initially mean that the federal government does not stand in the way of delivery of the tanks from Poland and Finland “The decisive factor is what US Secretary of Defense Lloyd Austin will bring with him. Because without the US, the chancellor will not make any concessions. But with them, maybe he will.”

“Badish newspaper” (Freiburg): “Vladimir Putin, the criminal in the Kremlin, called Russia’s victory ‘ultimately inevitable’ on Wednesday. Sergei Lavrov, his servant, in an absurd reversal of the facts, almost simultaneously accused the West of waging war on its behalf through Ukraine against Russia and intends ‘the final solution to the Russian question’. (…) The regime in Moscow is isolating itself with caution. How should the West react to this other than with solidarity with Ukraine and – above all – with more and more military aid? A European joint action for the delivery of battle tanks is now overdue. Germany has a key role to play here. Even if Olaf Scholz liked being silent again in Davos; he must not remain in this role for much longer.”

“OM Media” (Vechta/Cloppenburg): “Scholz’s attitude is increasingly turning out to be an excuse. In the end, Germany should not be able to avoid a delivery of battle tanks, because Ukraine will need more weapons for victory. And since the first delivery you have been in this war anyway involved, albeit not directly. Either way, a decision must be made as soon as possible, because delivery will not be possible overnight.”