Leopard 2 tanks: That’s how many the European NATO countries have 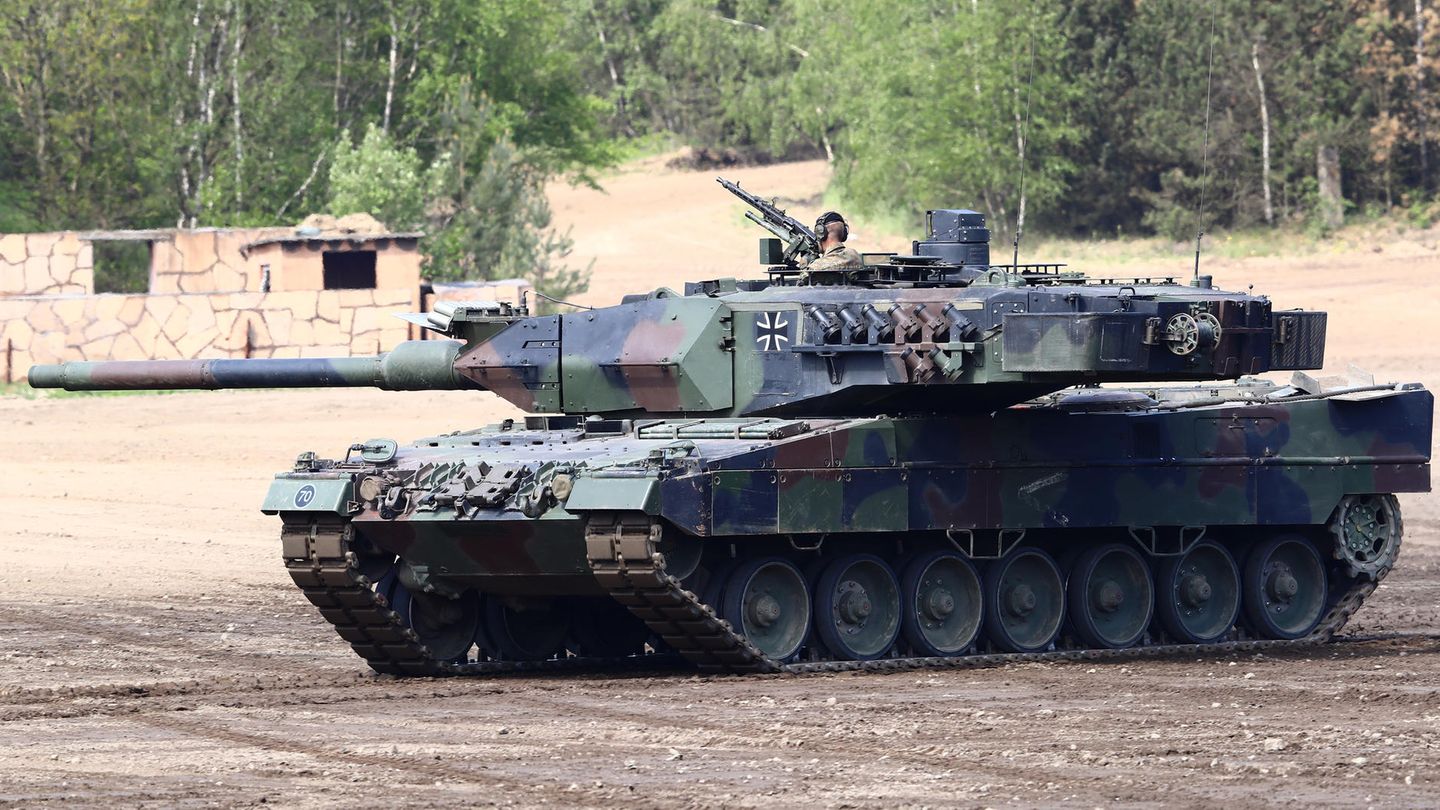 For months Ukraine has been hoping for the delivery of German Leopard 2 main battle tanks, which many European armies have. But which countries could deliver? An overview.

It weighs a good 60 tons, is around ten meters long and is considered one of the best main battle tanks in the world: the German-made Leopard 2 has become the focus of the debate on support for Ukraine. But how many do the European NATO states and candidates like Finland have? And who would deliver them to Ukraine?

The Ministry of Defence, the Defense Command and the administrative authority responsible for purchasing do not disclose an exact number of Leopard tanks. However, according to military information, 14 tanks were sent to Estonia for the first time on an international mission in September.

The Bundeswehr has retired its older Leopard tanks or handed them over to other countries. This includes models of the type 2A4, but also the Leopard 1 generation. She has around 320 of the newer models, but the exact number is kept secret.

Finland is not yet a NATO member, but has signaled that it can supply some Leopard tanks to Ukraine. According to the Finnish Defense Command, the Finns have around 200 Leopard 2 tanks.

Greece, on the other hand, has a significantly larger number of Leopard tanks: there are 170 2HEL, 183 of the older Type 2A4 and 500 Type 1A5 from the previous Leopard generation. The high number of tanks is due to the constant conflict with Turkey.

The Netherlands has leased 18 Leopard 2A6 tanks from Germany. These are part of the German-Dutch tank battalion and stationed in Bergen-Hohne in Lower Saxony.

According to the Ministry of Defence, Norway bought 52 used Leopard 2A4s from the Netherlands in 2001. Some of them are in use, others are used as spare parts stores or even scrapped. The ministry did not say exactly how many tanks are operational.

According to the Polish Ministry of Defense, Poland has 247 Leopard main battle tanks in the 2A4 and 2A5 versions and in the modernized PL version.

The Portuguese Ministry of Defense has not provided any information on the leopard population. According to media reports, the Portuguese armed forces have 37 Leopard 2A6s in service.

There is no information from Sweden on the number of Leopard tanks. However, it is considered certain that Sweden has more than 100 Leopard tanks.

Slovakia owns a Leopard tank. By the end of 2023, there should be a total of 15 as part of a ring exchange. Probably none of them will be delivered to the Ukraine.

Spain owns 347 Leopard tanks. Of these, 108 belong to the older 2A4 variant and 239 Leopards to the 2A6 type. However, some tanks are not operational – some should be delivered to Ukraine. After weeks of speculation about the delivery, Spain’s defense minister, Margarita Robles, said in August that the tanks were in “absolutely desolate condition.” The delivery failed.

Germany is making 14 Leopard 2A4 main battle tanks and Buffalo armored recovery vehicles available to the Czech Republic as part of a ring exchange. These are the replacements for Soviet-made tanks delivered to Ukraine. The Czech Republic currently owns only one of the 14 Leopard tanks. Prime Minister Petr Fiala recently emphasized that the sale of military technology had reached the limits of what was possible.

The Turkish Ministry of Defense does not comment on the number of units and armament. According to figures from the International Institute for Strategic Studies (IISS), Turkey has 316 Leopard 2A4, 170 Leopard 1A4 and 227 Leopard 1A3.

According to consistent media reports, Hungary rented twelve Leopard 2A4 tanks from the manufacturer Kraus-Maffei in 2020 for training purposes. In addition, 44 new Leopard 2A7s are to be added this year. A delivery to Ukraine is very unlikely due to the good relations between Prime Minister Viktor Orban and Russian President Vladimir Putin.