How the Wagner troupe apparently has the living buried 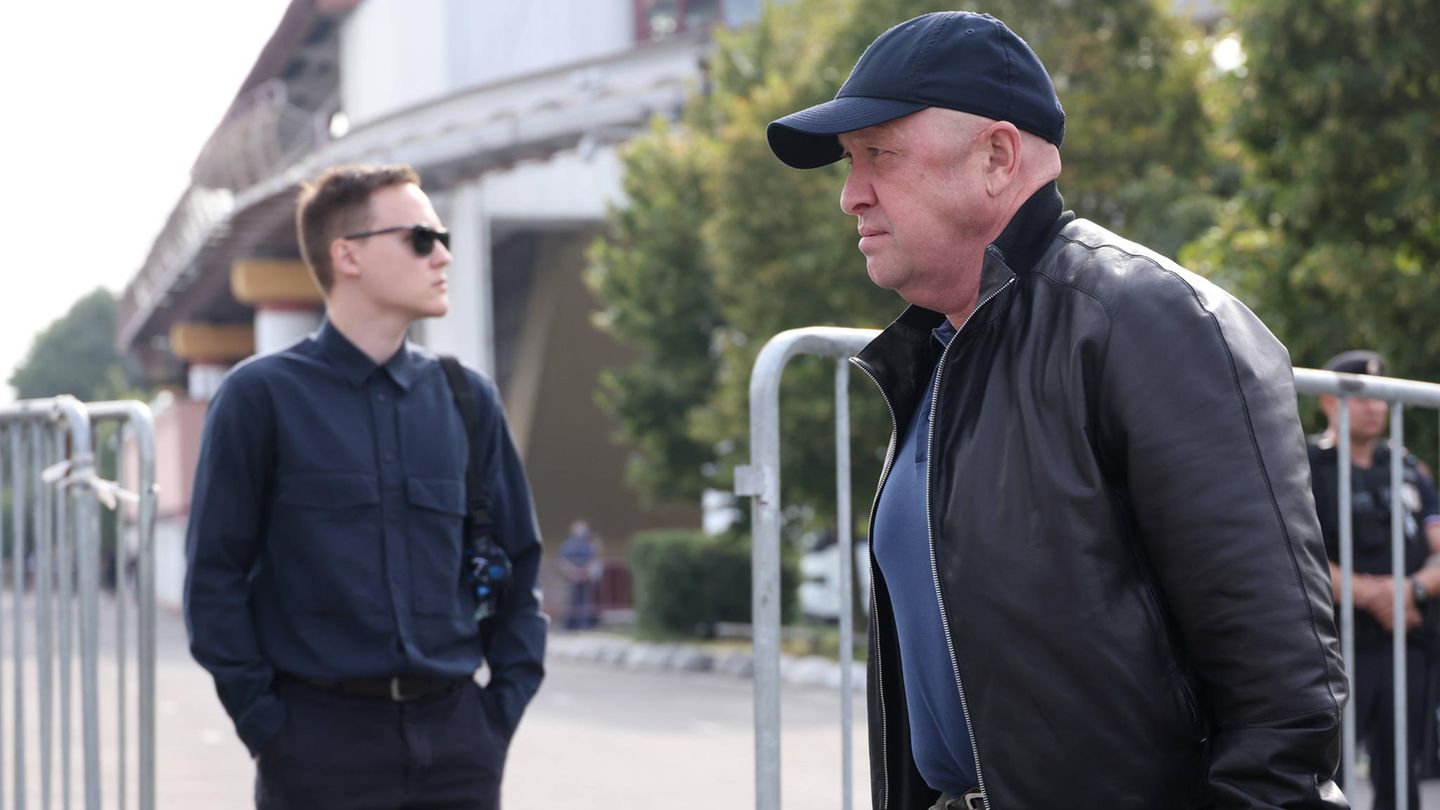 At the end of last year, Angelina received the news that her husband had died fighting for Yevgeny Prigozhin’s Wagner mercenaries in Ukraine. But then the Ukrainian secret service reported that the man was alive. The process is waiting for him.

Ceremonial burials of former prisoners who went to war for the Wagner mercenary unit are part of the communication strategy of Yevgeny Prigozhin, the head of the supposed private army. Men who should have spent years in prison for murder are buried like heroes. Sometimes Prigozhin even shows up in person. In his theory, such funerals with symbolic pomp help to build up a morbid heroic cult around his mercenaries. On the other hand, they are extremely useful for demonstrating to the boss in the Kremlin what a fierce struggle the troops are waging in Ukraine.

In the power struggle that has broken out between Prigozhin and the Russian Ministry of Defense, Putin should finally see who is at the forefront. And the man nicknamed Putin’s chef (for years supplying the Kremlin’s kitchens) wants the verdict of his patron to be unequivocally in his favour.

In practice, however, such stagings do not develop as Prigozhin’s theory envisages. Especially when they are actually nothing more than stagings. Because it turns out: the Wagner troupe doesn’t just bury the dead.

A woman who was declared a widow by Prigozhin made this practice public. She told her story to the independent TV channel Dozhd. Her husband was serving a sentence for murder. However, last fall she lost all contact with him. She waited in vain for a call from him. Instead, a stranger answered: “The mother of one of his fellow inmates called me. She told me that my husband had been recruited by the Wagner troupe,” reported the woman, who, out of fear, lets herself be called Angelina.

She does not believe that her husband went to war voluntarily. “For my husband, Ukraine was never a fascist state. He was there often. (…) He has relatives there, his grandfather still lives in Ukraine.”

So Angelina wrote to the Russian Ministry of Defense. She also wrote to the Federal Penitentiary Service, a federal law enforcement agency that oversees and controls detention facilities. She demanded answers, wanted to know how a prisoner could be sent to war. The answer of the authorities: You could not tell her the whereabouts of her husband because he had not given his consent. The official letter is available to the editors of Dozhd.

As did the Defense Department’s written response. The agency, headed by Sergei Shoigu, wrote that nothing was known about the man’s whereabouts because he was not listed in the ranks of the Russian armed forces.

A closed coffin and many questions

At the end of December, Angelina’s phone suddenly rang. “A representative of the Wagner troupe called me and said that my husband was dead,” she said in a . She should sign a request for the transfer of his remains.

The closed coffin that followed raised many questions for the family. How are you supposed to know who you’re burying? The Wagner group had an answer ready. It is not necessary to open the coffin because a DNA sample is taken from all mercenaries before they are deployed. Angelina said the remains in the closed coffin were “100% guaranteed” to be her husband.

Along with the closed zinc coffin came Wagner medals, a letter of thanks for the “heroic death” in the fight for the “freedom and independence” of the self-proclaimed Luhansk Republic and a death certificate – signed in the city of Bakhmut. The city around which bitter fighting has been raging for months and which Prigozhin is trying to conquer with recruited prisoners.

Call from the Ukrainian secret service

Angelina had no choice but to bury the zinc coffin. A few weeks after the funeral, a stranger contacted her with surprising news. “Your husband was recruited by the Wagner troupe and is now in Debaltseve. Fate determines everything else,” wrote the man whose profile picture adorned the Wagner emblem.

Angelina dismissed the message as a prank. However, a few days later she received a call from a Ukrainian number. The man on the other end of the line introduced himself as an employee of the Internal Intelligence Service of Ukraine (SBU). Her husband is alive and in Ukrainian custody, he informed Angelina. “After an injury, the Ukrainian armed forces saved his life. Now we’re supposed to wait for a trial. They didn’t say anything specific, but revealed that he was arrested at the end of October and is currently in custody. And they actually described the injury that given by the Wagner troupe as the cause of death.”

When asked, the Ukrainian military command told Angelina that her husband had been injured and taken prisoner in the Ukraine. The internal intelligence service of Ukraine did not want to confirm this information to Dozhd. This is only possible after the court hearing. However, the authority stated that such cases are not uncommon.

The zinc coffins of the Wagner mercenaries

Reports from relatives of Wagner mercenaries receiving closed zinc coffins are piling up on social networks. Some open them – despite the mercenary force’s urgent advice to the contrary – and find that they are empty. Others are afraid to open the coffins. Some fear what they might see. Others don’t want to risk losing the funds that come with the death of a mercenary.

Angelina is also afraid – afraid to turn to the Russian authorities. “What if my husband is really alive and they find him before he turns himself in. What if something happens to him then? Because officially he doesn’t exist.”

Angelina’s fear is justified. The troops themselves demonstrated the fate of those mercenaries who dared to be taken prisoner by the Ukrainians when they publicly executed Yevgeny Nushin with a hammer. (Read more about it here.)