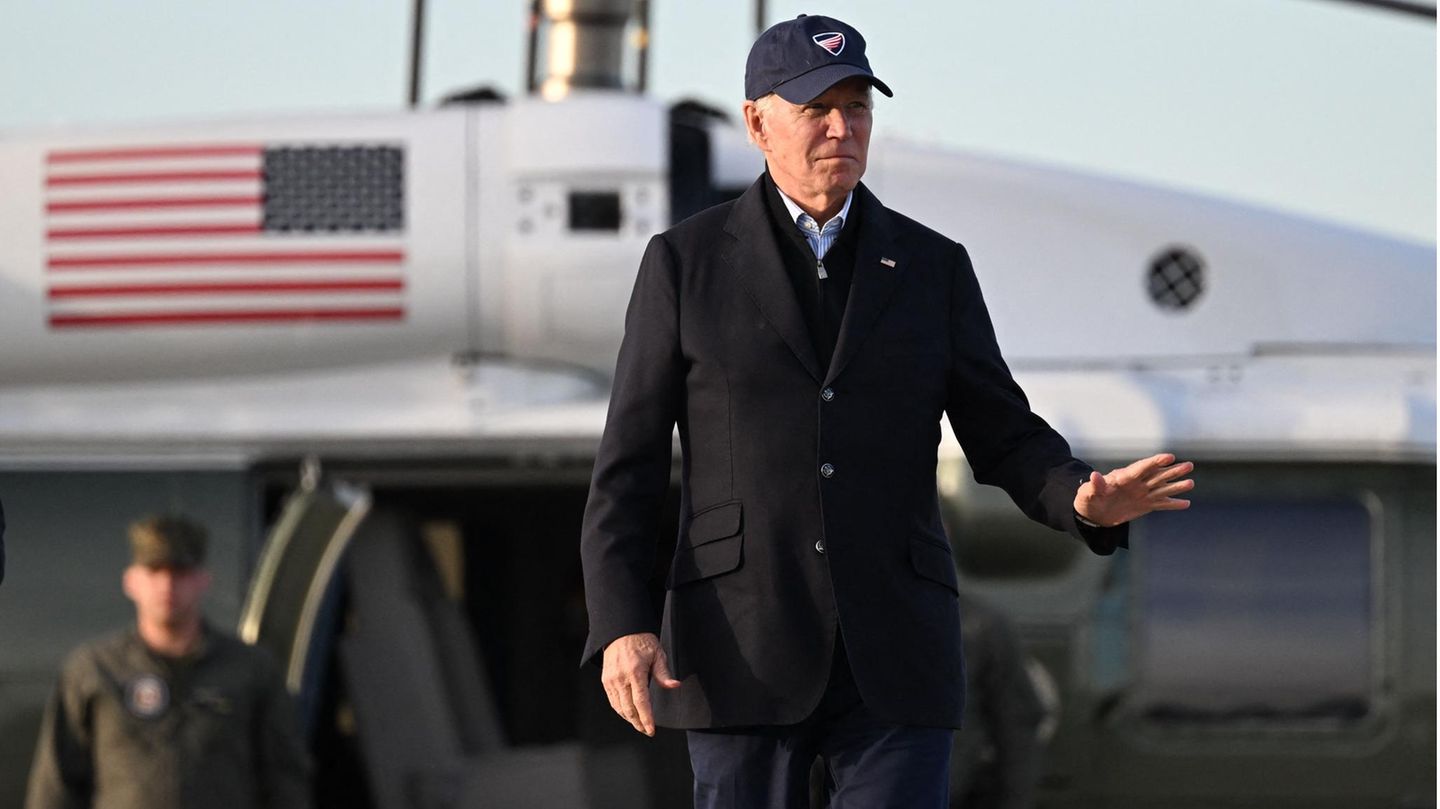 Confidential documents have surfaced again in the private rooms of the US President. This time investigators searched for it for a whole day. Things are getting more and more uncomfortable for Joe Biden.

In the search for government documents, investigators came across other secret documents in the private rooms of US President Joe Biden. The US Department of Justice seized six documents with confidential markings from Biden’s home in Wilmington, Delaware, Biden’s attorney Bob Bauer said on Saturday. Some of it came from Biden’s time as Vice President, some from his time as a Senator. The almost 13-hour search had already taken place on Friday and included “all work, living and storage rooms” in the house.

The White House is trying to limit the damage after coming under massive criticism for its information policy. Because in the past few weeks, confidential documents have repeatedly appeared in Biden’s private rooms: in Delaware and Washington. The public only found out about some of the finds when the media reported about them. Attorney General Merrick Garland hired a special counsel to investigate the incidents.

Biden’s lawyer now emphasized that the investigators had “unrestricted access” to the house during the search on Friday. All kinds of documents such as handwritten notes, files, folders, memorabilia, task lists and schedules, some of which went back decades, were made available. Biden himself made it clear on Thursday that he was “fully cooperating” with the Justice Department. “I think you’ll see that there’s nothing there,” he said when asked by reporters at an appointment in California.

Revelations get Joe Biden in trouble

The revelations are politically highly sensitive for the President – because it is not allowed to store confidential government documents privately after leaving office. The National Archives are responsible for this in the USA.

The first tranche of confidential government documents was discovered on November 2 – shortly before the US congressional elections. The White House emphasizes that Biden’s lawyers immediately informed the National Archives. However, the public only found out about it in January when the broadcaster CBS reported about it. In response to the initial discovery, Biden’s staff then looked elsewhere.

The find of documents is also very explosive for Biden because former Republican President Donald Trump caused a scandal with a similar case in the summer: after leaving the White House, Trump kept large amounts of confidential government documents in his private estate in Florida on. The FBI searched the property in August and confiscated various classified documents. Biden criticized Trump’s handling of the documents at the time.

In Trump’s case, Garland also used an independent special investigator for the politically sensitive investigation – mainly because Trump announced a renewed candidacy for the presidency and criticized the investigation against him as politically motivated. Biden has also repeatedly stated his general intention to run again in the 2024 presidential election. He has not yet made a final decision public.

Trump responded with glee on Saturday. On his online platform “Truth Social” he wrote to Biden and his team: “They created this document chaos themselves by targeting me so much – I did nothing wrong.”