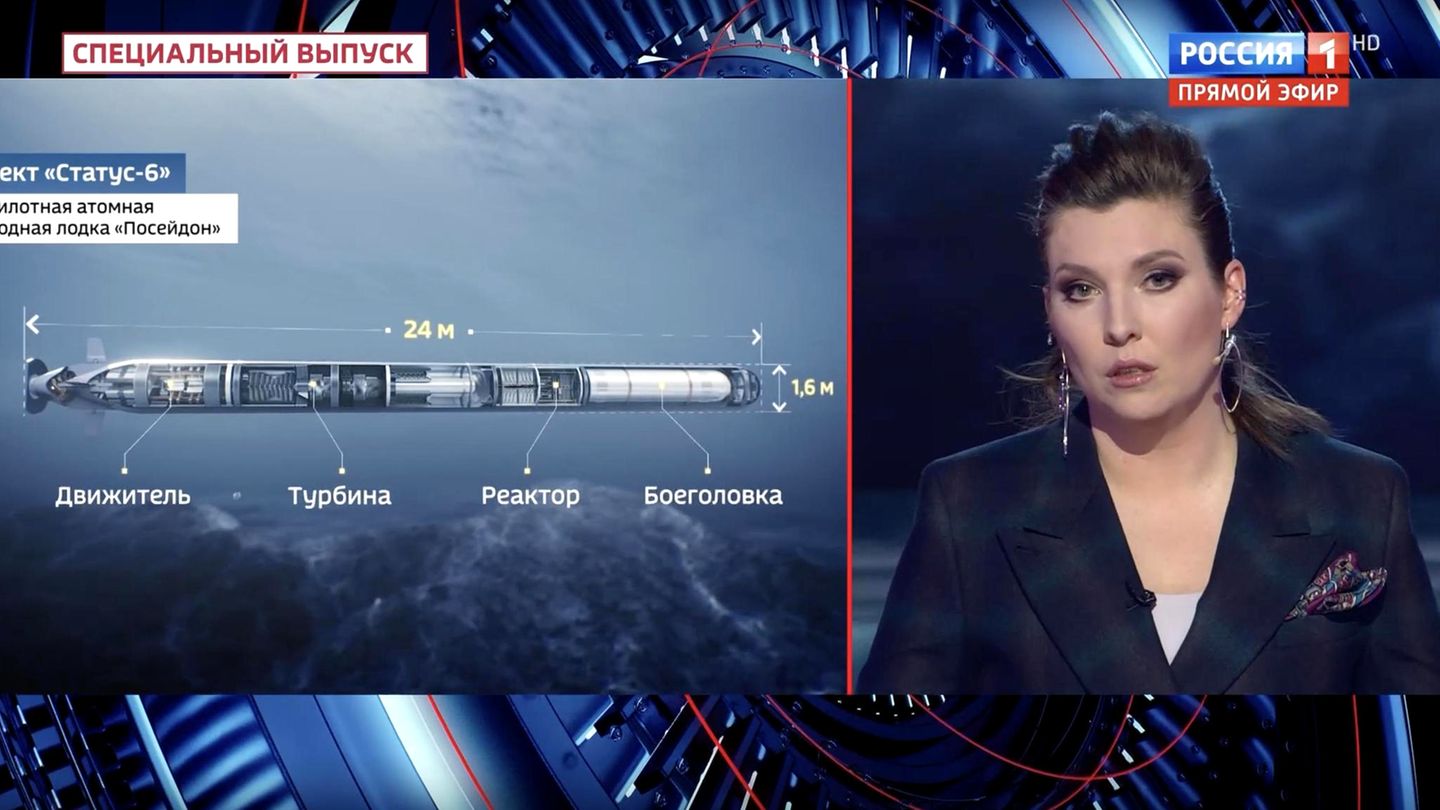 Battle tanks, howitzers, air defense systems, ammunition: In the fight against Russia, numerous countries are supporting Ukraine with new weapons. The announced deliveries trigger hysteria in political Moscow. The Kremlin and its propaganda only know how to help themselves with the atomic baton.

“Can you deliver leopards? Then hand them over!” the Ukrainian president called out to the German chancellor in front of the arms summit in Ramstein. The government of Volodymyr Zelenskyj does not get the desired leopards for the time being. But the weapons that the western alliance has promised to the war-ravaged country are enough to set off a howl in Moscow. Government officials don’t know what to do other than pull out the nuclear baton again.

Dmitri Medvedev was the first to do so. The former interim president, who has been reassigned to the ranks of the completely disenfranchised deputy chairman of the Russian Security Council, wrote on his favorite social network Telegram: “The defeat of a nuclear power in a conventional war can provoke the outbreak of a nuclear war. No nuclear power ever has one lost the great conflict on which their fate depended. Surely anyone should know that. Even a Western politician who has retained at least a shred of intelligence.”

The Russian ambassador to the USA, Anatoly Antonov, followed suit. He accused the US of “leading the world into a disaster scenario.” “What else does Russia have to say or do to bring the hotheads in the administration to their senses and prevent nuclear Armageddon?” Antonov asked.

On Sunday, the Chairman of the State Duma, Vyacheslav Volodin, joined in the howling. “If Washington and the NATO countries supply weapons that will be used in attacks on peaceful cities and attempts to conquer our territories, as they threaten – this will lead to retaliation with more powerful weapons”, . Not a single representative of the NATO states has ever threatened to take over Russian territory. Ukraine never did either.

But for Volodin, facts count for little. While threatening to use nuclear weapons, he blames others. “The members of Congress, the members of the Bundestag, the French National Assembly and other European parliaments must be aware of their responsibility towards humanity. With their decisions, Washington and Brussels are leading the world into a terrible war: to completely different military actions than today. ” So, in Volodin’s logic, it’s not who wields the weapon who is responsible for its effects, but everyone else.

And he added another threat: “Given the technological superiority of Russian weapons, foreign politicians who make such decisions must understand: This can end in a global tragedy that will destroy their countries.”

“Arguments that the nuclear powers have not yet used weapons of mass destruction in local conflicts are not effective. Because these states have not faced a situation that threatened the security of their citizens and the territorial integrity of the country.” It is Russia that does not want to recognize the integrity of Ukraine and is waging a war to destroy it.

Meanwhile, the Kremlin propaganda started the same song: “We can officially declare: Those countries that supply battle tanks will become a war party. (…) Their territories are legitimate targets for us,” explained Putin’s favorite agitator Vladimir Solovyov. This also includes Germany. “The appearance of German tanks on Russian territory is a turning point in every war. As soon as a single leopard appears here, it says: Get up, great country!” MP Andrei Gurulev quoted from a well-known song from the times of the Second World War. “There can’t be any other variant. What happened in World War II can’t be repeated. And there all means are right,” he explained in Solovyov’s studio, following the Kremlin’s narrative that Russia was being attacked.

“I said six months ago: The first thing to wipe off the face of the world is Britain,” Gurulev said bluntly. The politician sits in the Russian parliament for Putin’s party and is mainly busy slogging through the propaganda talk shows and threatening nuclear attacks on London or Berlin.

The same weapon was presented there, with which one intends to turn the world into a radioactive ash field: the Poseidon rockets. First, Russia could attack bases in Poland, Romania or Slovakia, explained moderator Olga Skabeeva. After that, tactical nuclear weapons could be used. “According to official data, the first ammunition load of the nuclear super torpedoes has already been released for the submarine ‘Belgorod’.”

“This powerful weapon, which can, for example, silently reach the east coast of the United States, will soon equip the nuclear submarine,” Skabeeva continued. How many torpedoes are loaded remains secret. Scientists in Cyprus have simulated what this weapon can do. Namely, the explosion of an atomic bomb with a force of 750 kilotons over an ordinary city. “Let’s say an American city,” she added smugly.

“People caught in the first fireball will vaporize. But buildings that are reinforced with concrete are said to remain standing. Scientists say you can try to save yourself in a corner of an apartment. (…) But no For some reason they don’t want to test this theory,” Skabeeva smiled while animations of the atomic catastrophe were shown behind her.