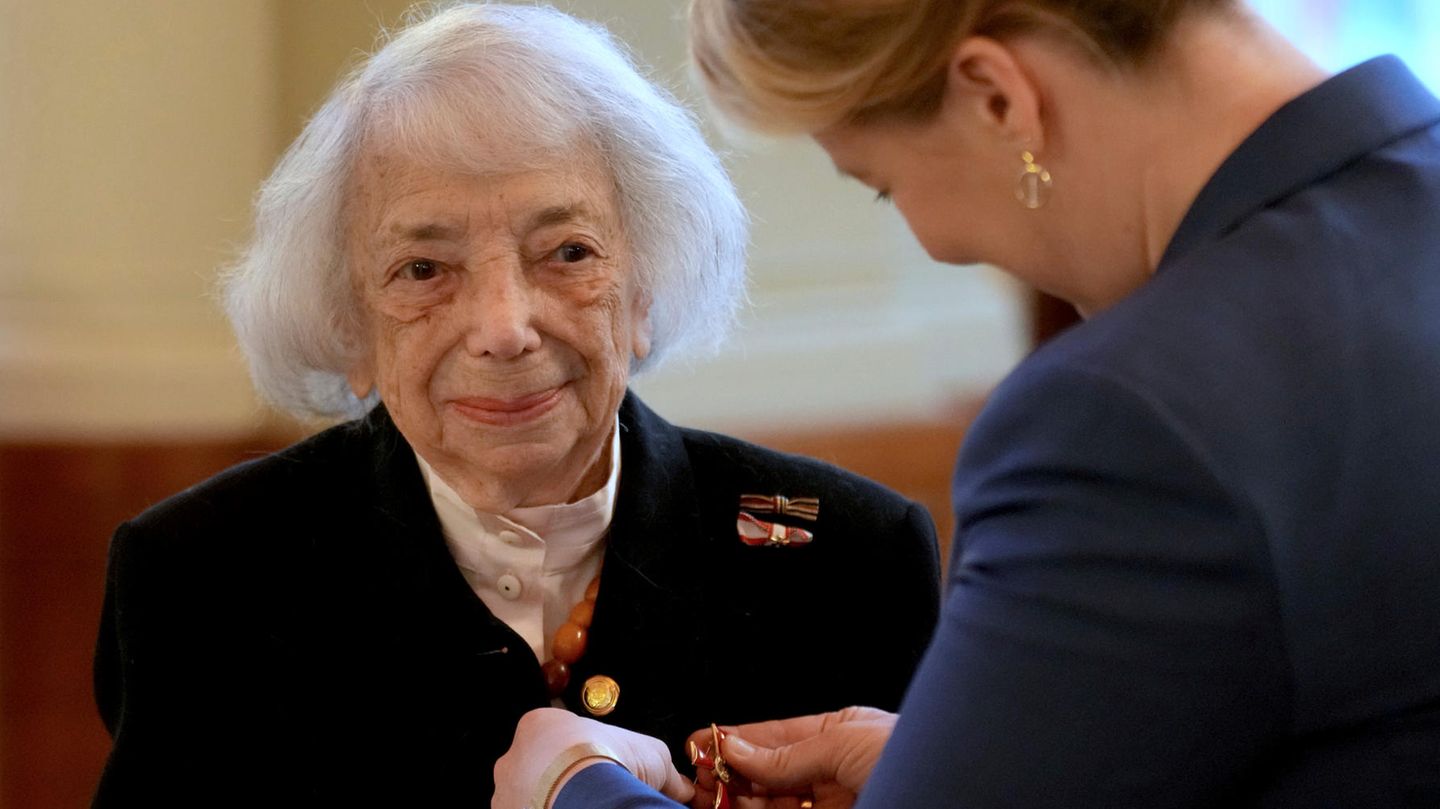 Watch the video: Federal Cross of Merit for Margot Friedländer – “If you are human, you cannot be a Nazi”.

STORY: “Who should I thank? My mother, you, my friends. I’m incredibly touched. I don’t even know what to say. What I do is an affair of the heart.” That was the reaction of the 121st honorary citizen of Berlin on Monday when she was awarded the Federal Cross of Merit, 1st class. Holocaust survivor Margot Friedländer has already received several other German declarations of merit. She is now 101 years old. Friedländer survived the Nazi era, partly in hiding, survived the Theresienstadt concentration camp, and her family was murdered by the Nazis. As a contemporary witness, she reports on her experiences and warns not to forget what happened. Berlin’s Governing Mayor Franziska Giffey paid tribute to the honoree in the Red City Hall. “Berlin is infinitely grateful to you for what you have done for our city, despite the unbearable suffering that you and your family have experienced. And that is why we thank you for your passionate commitment to the memory of the victims of the Holocaust and for your fight against anti-Semitism.” After the ceremony, a bust was unveiled as a further tribute to Margot Friedländer. And she should have the last word. “If you are human, you cannot be a Nazi. You must respect human. Respect human, we are all equal.”