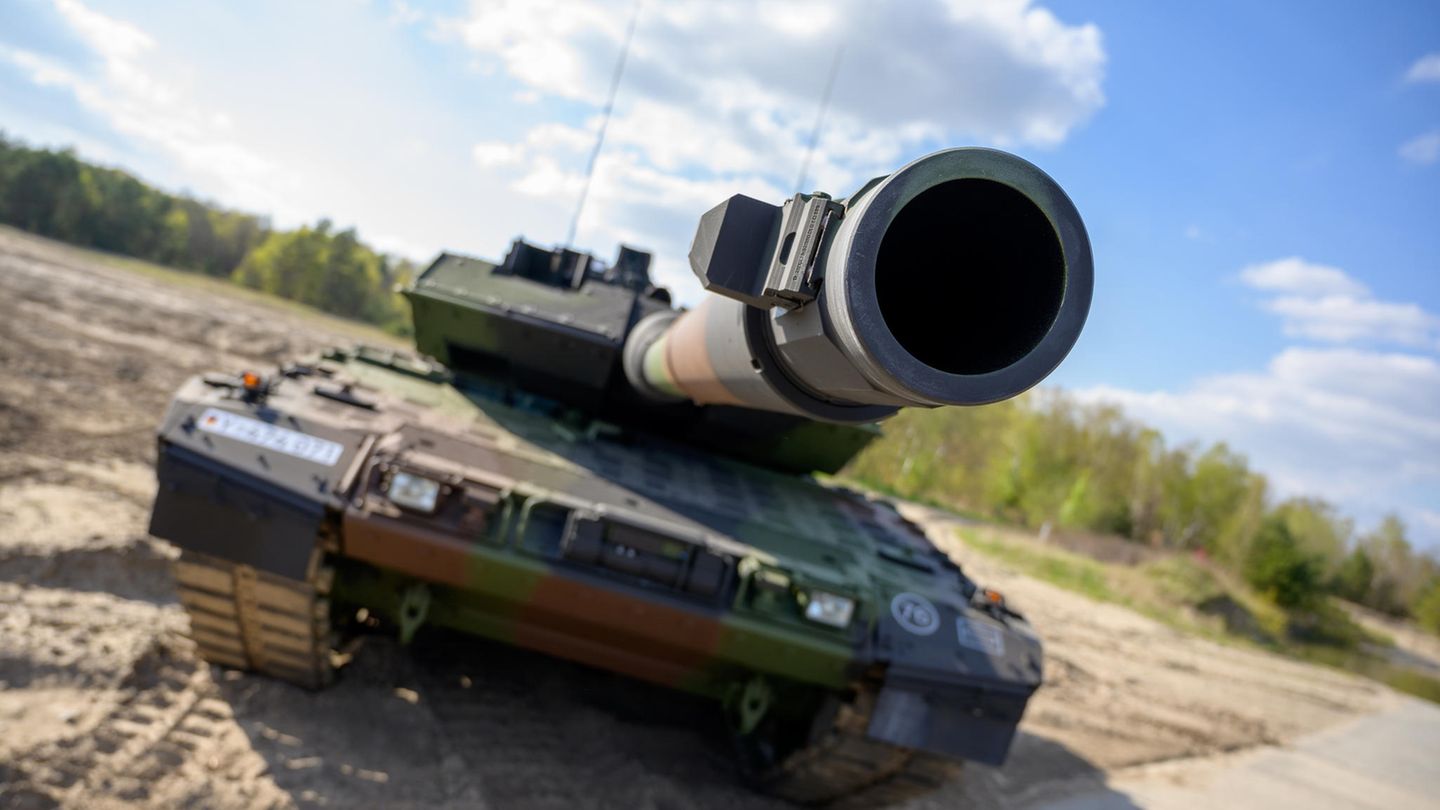 The tough struggle and deliberation over whether to hand over Leopard tanks to Ukraine is over. Germany supplies the Ukraine Leopard 2 and also approves other countries. Answers to the most important questions about the tank decision.

Now things are happening in quick succession: After a debate that was criticized as tough and too hesitant, Germany, together with the pacesetter Poland and probably other allies, is delivering Leopard-type main battle tanks to Ukraine. The country attacked by Russia will be strengthened in its ability to retake occupied territories and repel attacks. It’s all about this:

Why is Ukraine so urgently claiming the leopard?

From the first day of the war, Ukraine surprised the Russian attackers with their military capabilities: the advance was stopped and pushed back over the course of the eleven months of war. But Russia is now mobilizing new armored forces for an expected major push that could see Ukraine suffer heavy casualties or lose more territory. Like other experts, former NATO general Hans-Lothar Domröse expects “a terribly bloody spring offensive.”

Which main battle tanks does Ukraine have so far, what can the Leopard tanks do better?

Ukraine has hundreds of infantry fighting vehicles and main battle tanks developed by the Soviet Union from its own stocks and from partners (“ring exchange”). These include older main battle tanks such as the T-72 or T-80 and – as captured tanks left behind by Russian troops – the successor model, the T-90. Western main battle tanks, in this case the Leopard in particular, are now supposed to increase Ukraine’s ability to take the offensive, i.e. to recapture occupied territories. These tanks are superior to the Russian device, especially in the more modern versions, and can often destroy the opponent in a “duel”. Experts regard the Leopard as the best battle tank in the world in its respective generation.

Former Commander-in-Chief of the US Army in Europe, Ben Hodges, told US radio station NPR that Ukraine could use it to strike the Russian-held corridor from the Donbass to the annexed Crimean Peninsula. In addition, the Ukraine could form a heavily armored unit with western battle tanks, “the spearhead of a force that could break through the Russian lines in the direction of Mariupol.” And in general, the infantry could be paved the way to advance with such battle tanks.

In Germany, there are Leopard tanks in the workshops and warehouses of industry and in the Bundeswehr. Rheinmetall boss Armin Papperger, which are intended for the ring exchange with the Czech Republic and Slovakia. It will therefore take time to get more Leopards ready for use.

During the Cold War, the Bundeswehr had more than 2100 Leopard 2 in stock, which were sold, given away or destroyed in the course of disarmament. Last year, the Bundeswehr still had 312 Leopard 2 tanks, but not a single model of the older Leopard 2A4 version, as they are to be handed over by Poland. According to a report by “Spiegel”, a Ukrainian company will be equipped with Leopard 2A6 aircraft from Bundeswehr stocks as a first step. More tanks can be delivered later from the warehouses of the industry, but they still need to be repaired.

Are there other main battle tanks of importance to Ukraine?

Great Britain has already announced that it wants to give the Challenger 2 to Kyiv. According to a media report, the US government is now also considering the delivery of Abrams main battle tanks to Ukraine. For the use of weapon systems, however, it is advantageous if the device is as uniform as possible. The large device may even have to be driven out of the Ukraine for repairs. The tank builder KMW and the German Ministry of Defense have set up a workshop center (“hub”) in the border area between Slovakia and the Ukraine in order to repair systems such as the Panzerhaubitze 2000 after use at the front and to replace wearing parts.

How many Leopard tanks are available?

The US broadcaster ABC News reported on Tuesday, citing a Ukrainian government official, that 12 states had signaled their willingness to deliver Leopard tanks, including Spain, the Netherlands and Denmark. The Ukrainian site is quoted as saying that a total of 100 Leopards are already available. The assurances had already been made last week at the Ukraine talks in Ramstein. Judging by the numbers, virtually all European Leopard users except Turkey should have signaled their readiness. Leopard manufacturer Krauss-Maffei Wegmann has built well over 3,500 Leopard 2s to date, with the majority of countries earmarked for their own defense.

What is NATO’s position on the project?

NATO Secretary General Jens Stoltenberg called on Tuesday for the speedy delivery of new weapons, with “heavier and more advanced systems” being necessary, as he put it. The Norwegian said: “The only way to a lasting peace is to make it clear to Putin that he will not win on the battlefield.” Critics warn of a further escalation.

How is the mood in Germany?

A possible delivery of Leopard tanks to the Ukraine is controversial among the German population. Most recently, a majority of Germans supported the German government’s hesitant stance on the issue of arms deliveries. But now there are signs of a change in mood. In the , a majority is in favor of allowing partner countries like Poland to supply German tanks. 54 percent answered yes to this question, 38 percent rejected approval for other states.

46 percent of those surveyed in the current “Deutschlandtrend” for the ARD “Morgenmagazin” are in favor of it, almost as many are against it (43 percent). The remaining 11 percent cannot or do not want to commit themselves. In eastern Germany in particular, most respondents are against this (32 to 59 percent).