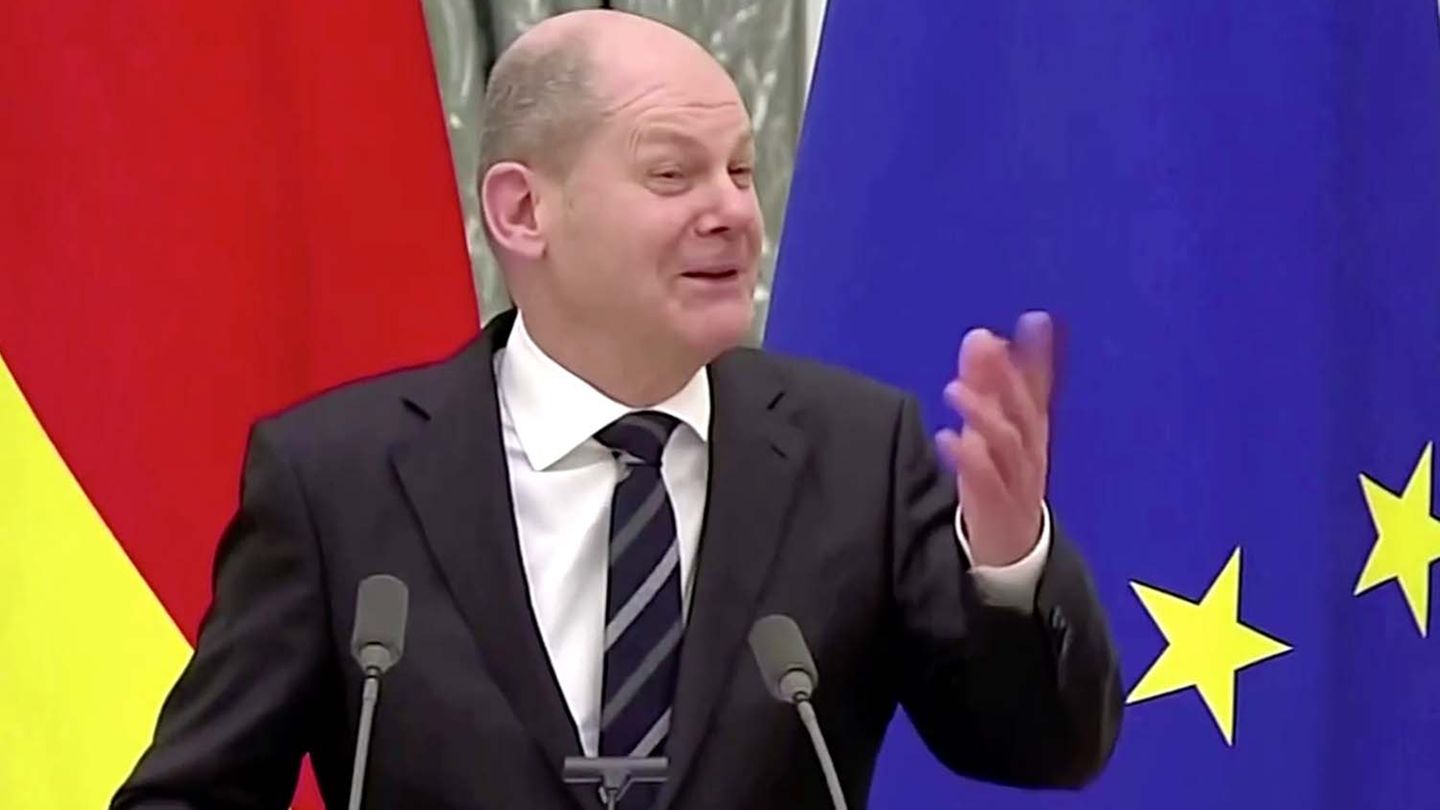 David William
- Advertisement -
See the video: Scholz’ joke at Putin’s expense at meetings in Moscow – “Not forever in office”

The differences did not seem to be off the table this Tuesday. And yet positive signals could be felt after the meeting between Vladimir Putin and Olaf Scholz in Moscow. After the almost four-hour talks, the Russian President assured the Chancellor that there would be further dialogue with the West. At the same time, Putin demanded that NATO must rule out Ukraine’s membership now and not in the future. “We don’t want war. That’s why we made proposals to initiate a negotiation process. It should lead to an agreement that offers everyone, including our country, equal security.” According to Scholz, however, NATO’s eastward expansion is not even on the agenda. “It’s probably not an issue that either of us will deal with again during our tenure. I don’t know how long the president intends to stay in office, but at least my feeling is that it could be longer. But not forever.” Scholz called reports about a partial withdrawal of Russian soldiers from the Ukrainian border a “good sign”. The Russian news agency Interfax had reported that some units would return to their piece points after the end of their exercise. Large-scale maneuvers across the country would continue. The United States announced in the afternoon that they still had no evidence of a Russian troop withdrawal.

US President: Biden with push to relax marijuana rules