Giro d’Italia: Professional cyclist shoots champagne corks in the eye and has to give up 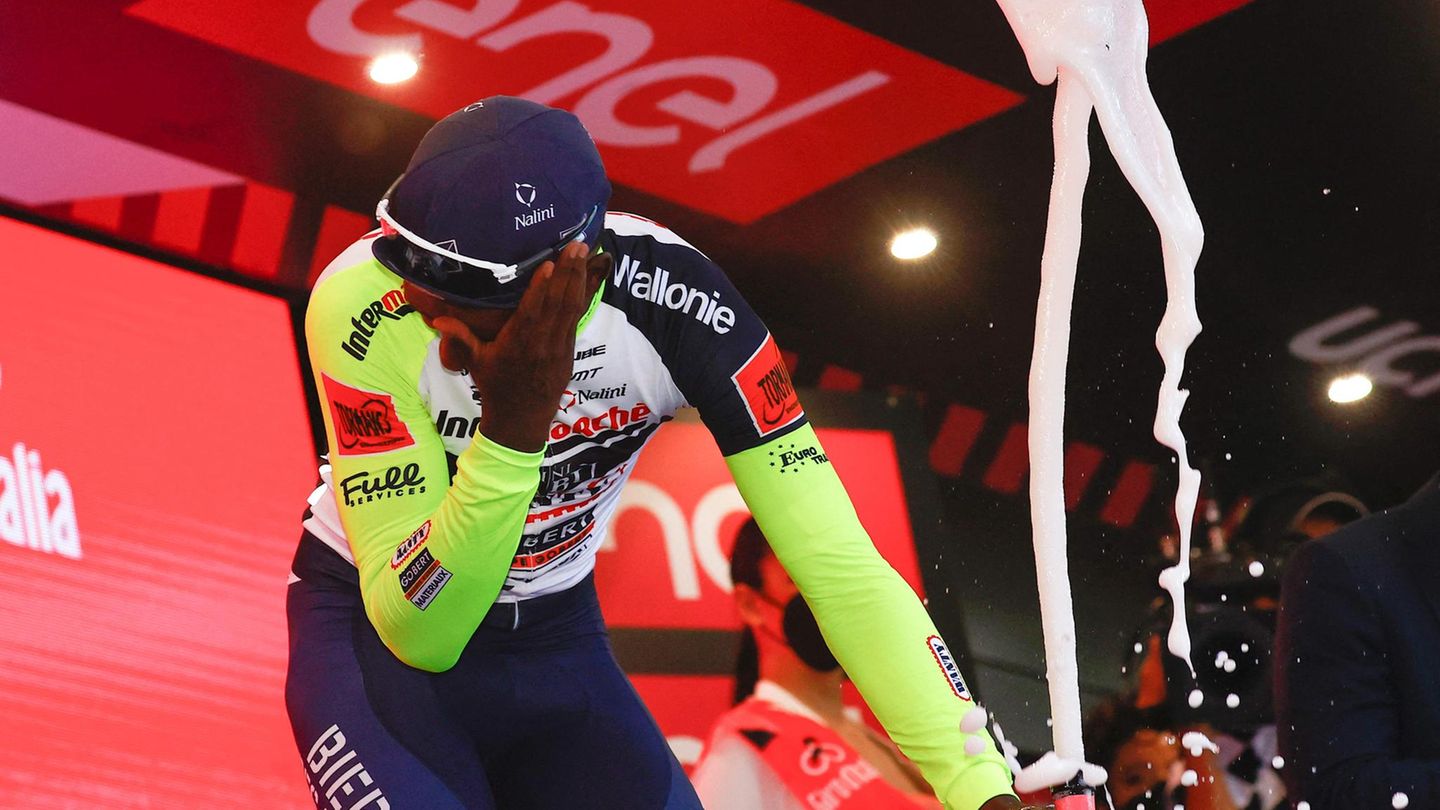 Cyclist Biniam Girmay made history at the Giro d’Italia. He was the first Eritrean to win a stage of the Tour of Italy. Then Girmay knocked himself out on the podium — with a champagne cork.

First triumph, then bad luck: A champagne bottle and its cork cost professional cyclist Biniam Girmay further participation in the Giro d’Italia. The Eritrean won the 10th stage of the tour on Tuesday, but then accidentally shot the cork of the winning champagne in the left eye on the podium. The 22-year-old was taken to a hospital for tests. Although these did not result in any serious injuries, Girmay did not start the 11th stage on Wednesday out of caution. “I have to take care of my eye,” he said in a video message in the morning.

Girmay wrote cycling history in Jesi on Tuesday as the first Eritrean to win a stage of a major tour of the country. He was then celebrated on the podium. As he was about to open the large bottle of bubbly, the cork shot into his left eye. Although he briefly squirted the champagne with his eyes shut, he was immediately examined, first in an ambulance and then in a clinic. In the evening he returned to the team hotel and toasted his colleagues from the Intermarché-Wanty-Gobert team.

“I’m looking forward to more next season,” said the professional cyclist, and the official Giro Twitter channel said: “Bini, we hope you’ll come back to our streets soon.” Girmay had caused a stir earlier this year by becoming the first African to win the difficult classic Gent-Wevelgem.