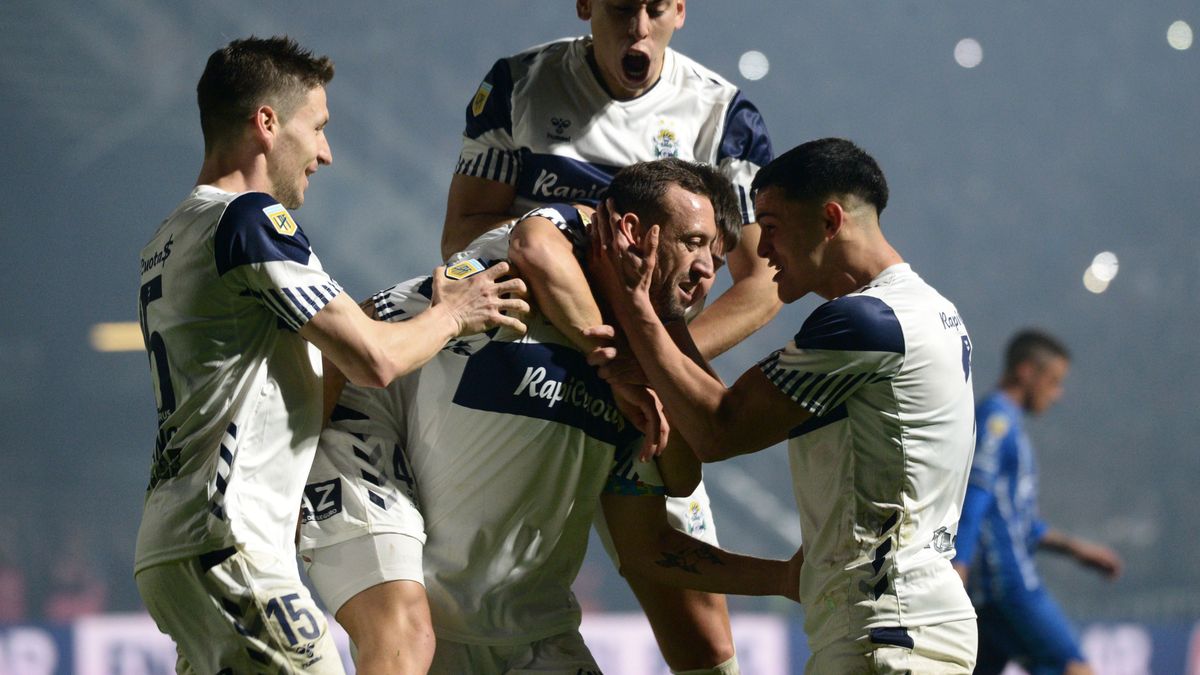 The goals of the local team were scored by the Uruguayan Brahian Aleman (St. 16m., Penalty) and Nicolás Contín (St. 50m.).

The first time was entertaining. The two teams did not keep intentions to establish themselves as protagonists. In this context, the first scoring opportunity came for the visiting team, through an appearance by Gianluca Ferrari, who failed to connect well and wasted a clear chance in the small area (6m.)

Intensity continued to be a common currency in both teams and “Lobo” had a clear chance to score, when Colazo sent a cross from the left and Soldano’s header hit the junction of the right post and the crossbar.

About 40m., the Paraguayan Ramón Sosa Acosta (was observed by the twin Gustavo Barros Schelotto before a possible call by his brother Guillermo for the Guarani Under 23 team) stung the ball before the exit of the “Russian” Rodríguez and squandered another chance.

The second period, contrary to what was presumed, did not decrease in rhythm. The two teams continued with the trend of playing as far away from their own area and looking to open up the scoreboard.

At 4m. Gimnasia had it, with a shot by Chávez (he was later injured) that barely went over the crossbar. About 9m., the “Tomba” from Mendoza responded with a shot from Bullaude that demanded the always sober goalkeeper, Rodrigo Rey.

And at 16m., the referee Rey Hilfer sanctioned a penalty in one hand from Ferrari, after a scissors kick from Eric Ramírez. The execution, by Aleman, deceived Rodríguez and represented the final 1-0.

From this situation, the local team managed the rhythm, gave the initiative to Godoy Cruz who did not find the necessary fluidity to achieve equality, beyond the fact that in some stopped ball there was always latent the possibility of an equality that did not I arrive.

Because with time already up, the reappeared Contín (he came from a 10-month inactivity due to a serious right knee sprain and anterior cruciate ligament rupture) successfully crowned a center to the German area, after a maneuver that began the liveliness and handsomeness of the also admitted Benjamín Domínguez.

The 2-0 in favor of the ?Wolf? It allows those led by Gorosito to close the gap led by the surprising Atlético Tucumán led by Lucas Pusineri, who will face Arsenal tomorrow in Sarandí.

Godoy Cruz, for his part, added his fourth match without wins, with two draws and two equalities.