Atlético Tucumán won as a visitor and returned to the top 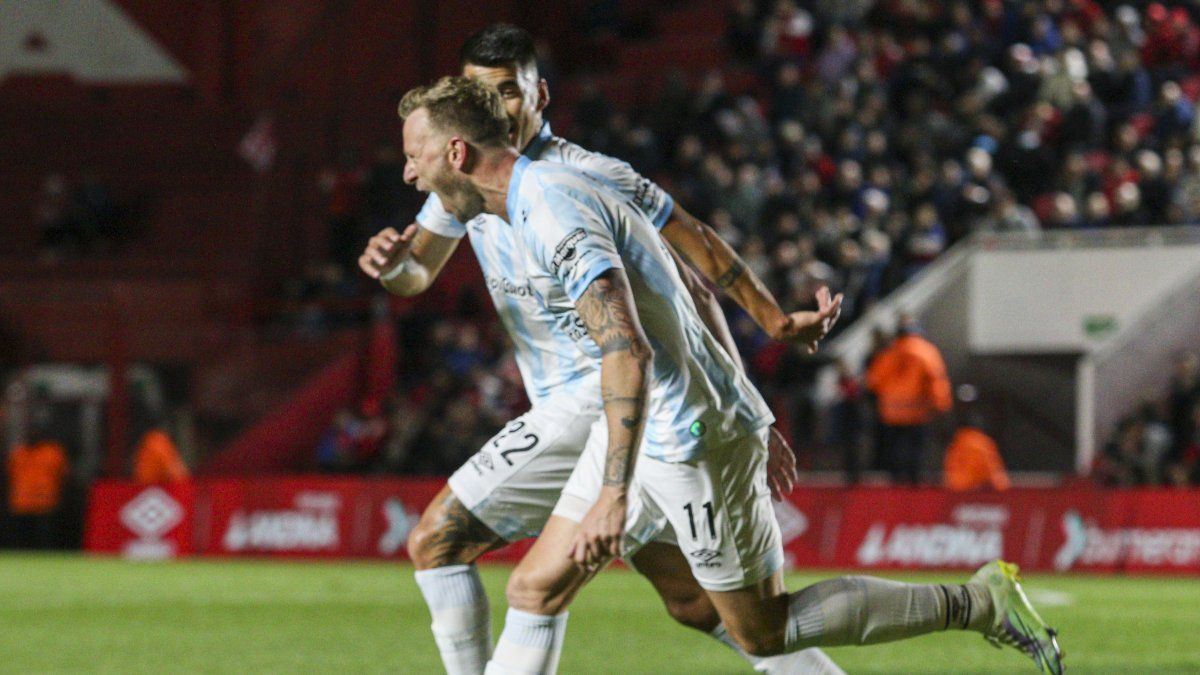 Waiting for what may happen tomorrow with the visit of Gimnasia y Esgrima La Plata in their visit to Central Córdoba in Santiago delEspera at the close of the date, since a victory for those led by Néstor Gorosito would sustain them in the first placed with a point of advantage over the “Dean”, today Atlético Tucumán did its job.

And this consisted of going out to look for the game and the consequent three points from the start of the game, with a device of vertical attacks and high pressure that disconcerted those led by Gabriel Millito.

The experience of William Acostaon the verge of 300 games with the albiceleste shirt, to manage the times in the middle along with the most dynamic Ramiro Carreraleft it open for the experienced attacker to do his thing Christian Menendez and the striker whose pass belongs to Argentinos Juniors, Matthew Colonel.

The power of the “Polish” in the middle and the speed with overflow and hit by right of Colonel they became insoluble problems for the locals in that first half, when the game was precisely defined.

The first goal of Menéndez’s double came about half an hour later with a good personal resolution inside the area after receiving a side kick from the right with his back inside it, and 10 minutes later he closed an action from that sector to the left defining with a low shot. In both the goalkeeper Federico Lanzilotta it took fractions of seconds to go down that were fatal.

Given what was done by the team he leads Lucas Pussini He decided military kick the board for the start of the complement with three variants, including the entry of the Uruguayan midfielder Javier Cabrera to give balance to an overwhelmed midfield.

And that more aggressive stance seemed to give the locals results, since it seemed to give them a dynamic that counteracted that of their rivals until they managed to corner them against the goal defended by the Bolivian Charles Lampewho will not be in the next game against Estudiantes, from La Plata in Tucumán because he was summoned by the Argentine coach of his country’s national team, the Argentine Gustavo Costasfor the FIFA date.

However, the ideas of the players of Argentine Juniors dissolved when they reached the edge of the large visiting area, where they collided with an impregnable wall made up of Bruno Bianche (reached the fifth yellow), Martin Garay (also) and Manuel Capaso.

And not even when averaging the final stage, Menendez he committed a relatively violent foul on Miguel Torrén similar to another he had registered in the first stage, and for both he received yellow cards that also left him out of the next match against “Pincha”.

In fact, when Argentinos reached the last discount through David Salazar, there were only 40 seconds left to finish the match and there was no more history.

“After the lost game with Boca we had a low mood, so today we really needed this victory to face the final stretch of the championship with everything”trusted the captain bianchi at the end of the meeting.

For Argentinos Juniors, who will visit Colón in Santa Fe on the next date, there remained the double frustration of now remaining eight points behind the Tucumanos in the championship and five from the qualifying position for the 2023 Copa Libertadores by Annual Table. What yes, both are in the South American area.

Changes in the second half: When Nicolás Reniero started for Roa (AJ); Javier Cabrera for Luciano Sánchez (AJ) and José Herrera for Bíttolo (AJ); 22m. Eugenio Isnaldo for Colonel (AT); 28m. Ignacio Maestro Puch for Tesuri (AT); 33m. Lautaro Ovando for Verón (AJ) and David Salazar for Moyano (AJ); 39m. Andrés Balanta for Acosta (AT), Gastón Gil Romero for Carrera (AT) and Francisco Di Franco for Pereyra (AT).

Incidence: 26m. Menéndez (AT) was sent off in the second half for a double yellow card.

After a 3-3 draw against Brighton: the ratings of the Liverpool pros