Poland, Argentina’s third rival in Qatar 2022, lost to the Netherlands 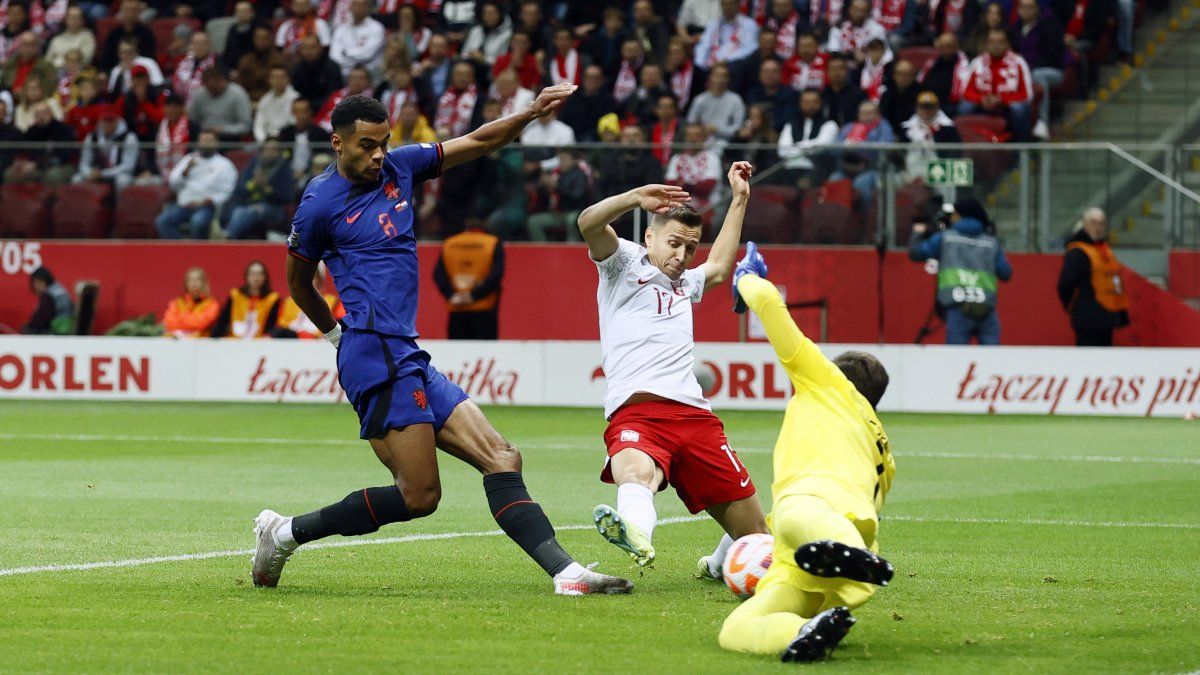 Borna Sosa (49) and Lovro Majer (79) were the authors of the goals that gave the victory to Croatia, current runner-up in the world, against a Denmark which he scored through his captain Christian Eriksen (77).

With this result, Croatia goes on to lead their group with 10 points, one more than Denmark before the final day, on Sunday, in which the Danes will host France and the Balkans will visit Austria.

CROATIAN TRIUMPH TO BE LEADERS OF GROUP A1! | Croatia 2-1 Denmark | ABSTRACT

France, current world champion, achieved its first victory in the League of Nations by beating Austria in Paris and moves away for the time being relegation to the second category of this continental tournament.

Kylian Mbappe (56) and Olivier Giroud (65) were the authors of the goals that allowed the ‘Bleus’ to leave the last place in group 1 and depend on themselves to maintain the category.

With 5 points, France outperforms Austria and it will suffice to do Denmark on the last day the same result as the Austrians at home against Croatia to stay in League A.

“I am very satisfied. We have done what we had to do, with many chances and control” The French coach Didier Deschamps congratulated himself after the game, highlighting the “defensive effort” of his men when they did not have the ball.

GREAT GOAL FROM MBAPPÉ FOR THE BLUES TO GET OUT OF THE LOW ZONE! | France 2-0 Austria | ABSTRACT

The negative note for the French were the injuries to Jules Koundé and Mike Maignan, who had to retire before the end of the match and join the long list of injured Deschamps has less than two months before the start of the World Cup in Qatar ( November 20).

In Group 4 the Netherlands retained their lead with their win in Warsaw.

Cody Gakpo (14) opened the scoring for the visitors, served by Denzel Dumfries. Already in the second half Steven Bergwijn made it 2-0 (60) behind a wall with Vincent Janssen.

The ‘Oranje’, at the head of the group with 13 points, will host the Red Devils, second with 10, on Sunday in Amsterdam. To qualify for the ‘Final Four’ Belgium must beat their neighbors by four goals difference.

In the Netherlands the technician louis van gaal He offered the debut and starting role to veteran Ajax goalkeeper Remko Pasveer, 38, who has options to establish himself as a starter to the detriment of Jasper Cilessen.

The Dutch coach had said on the eve of the trip to Warsaw that he would line up the eleven that will debut in the World Cup in Qatar.

The bad news for the former Barcelona manager were injuries to Memphis Depay (thigh) and Teun Koopmeiners (knee).

Belgium complied with Wales in Brussels and kept their distant option to fight for the title. Kevin de Bruyne (11) and Michy Batshuayi (38) scored, swapping their scoring and passing positions on each of their goals.

Welsh, that as Belgium will play the World Cup in Qatar-2022, cut differences in the 50th with a goal from Kieffer Moore with a header.

Eden Hazard, little used with Real Madrid, was “happy” to have minutes with the Belgian team.

“I don’t need to feel calm with my performance if I know I can do it. It’s up to me to play a maximum of minutes and get to the World Cup in shape”said the midfielder, acknowledging that his situation at Real Madrid is “complicated”.