Scaloni warned that against Honduras he will try variants 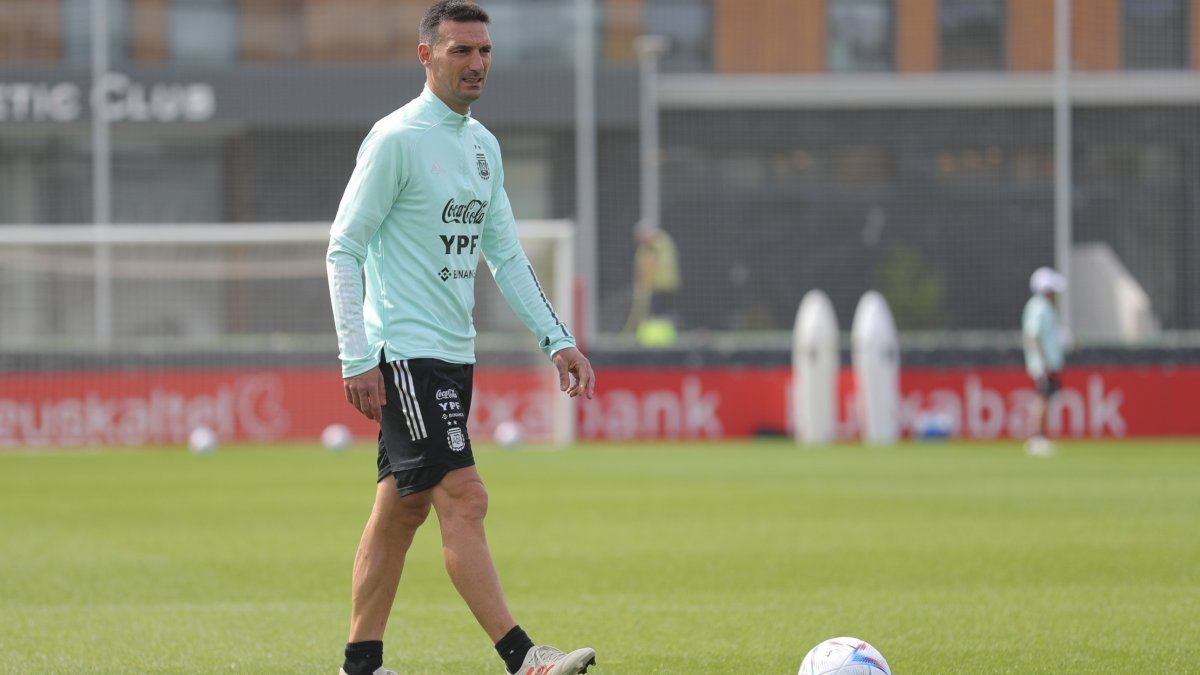 “This team, whoever plays, does it the same way. This time we will try something different, in case we have to do it in the World Cup. I have no doubts about performance, but what can serve me in the World Cup. This The team always respects the same game idea. Tomorrow we are going to do some variations.”announced Scaloni in a press conference, from Miami, in the preview of tomorrow’s game against Honduras.

The coach did not confirm the team because he awaits a talk with defender Lisandro Martínez, who joined today due to a problem with his visa, which Cristian “Cuti” Romero has not yet resolved.

“I haven’t been able to talk to Lisandro yet, but if he’s fit enough he’ll play”said Scaloni, although he did not rule out Germán Pezzella.

Scaloni felt his annoyance at the case of Romero, who is still on the premises of the AFA waiting for a prompt resolution.

“The situation of “Cuti” Romero bothers me. He is stuck in Argentina and cannot travel. It is a problem because this is the last date to get together and he cannot be there yet”complained the former defender of Zaragoza, from Spain.

Scaloni He also responded to the press with specific names in preparation for the list of 26 summoned for the Qatar 2022 World Cup, such as John Foyth (due to injury he is not in Miami), Enzo Fernandez and Exequiel Palacios.

“Foyth’s case is particular because he can play in several positions. He was at a great level and he was going to be on this list. It’s useless to talk about the future, so we have to wait how he recovers”he pointed.

“We already had Enzo Fernández in another call and we value that he can have his chance. He can bring us things like Palacios, who could not come due to injury, so we will see when deciding. He is a midfielder and can play anywhere It’s the same whether you do it from the left or the right”Scalloni said.

“Of Palacios, what worries me is that he recovers and arrives well. We have to give him the chance to do it. He was always there, he was loved and I am interested in him being fit, so that it is a technical decision and not due to injury. choice. The same goes for Foyth.”noted the former Newell’s Old Boys.

The coach pointed out that the footballer of the Argentine national team “does not have to think about anything else”, in reference to the precautions he can take in the face of the proximity of the world championship, with a start date for November 20.

“You have to remove that nervousness about what’s to come. It’s everyone’s dream, but you have to arrive in the best conditions. And for that you have to play for your club,” he said.

Scaloni also spoke about the captain and leading figure of the national team, Lionel Messi from Rosario, who will play for the first time in Miami: “He always wants to be with me and he has said it several times. Unless something happens, he will always be on the pitch. He is a case different from the others. He’s fine, happy, the team found a way to play with him and we’re happy with his present”, he remarked.

Finally, the Argentine coach gave his opinion about tomorrow’s rival: “I have the utmost respect for Honduras. They are a team of good footballers, we respect them and we hope to do their best. We don’t underestimate anyone. I never saw Honduras play rough. In that case there is an arbitrator and he will make decisions”.

Argentina, which accumulates an undefeated 33 games under Scaloni’s management, will face Honduras tomorrow in one of the two friendly matches scheduled by FIFA date, at the Hard Rock Stadium in Miami, United States, starting at 9:00 p.m., Argentine time. The other will be played next Tuesday, at the same time, against Jamaica, at Red Bull Stadium, in New Jersey.

When is the 2022 Ballon d’Or awarded? day, time and candidates