DFB-Team: The expected formation against Hungary 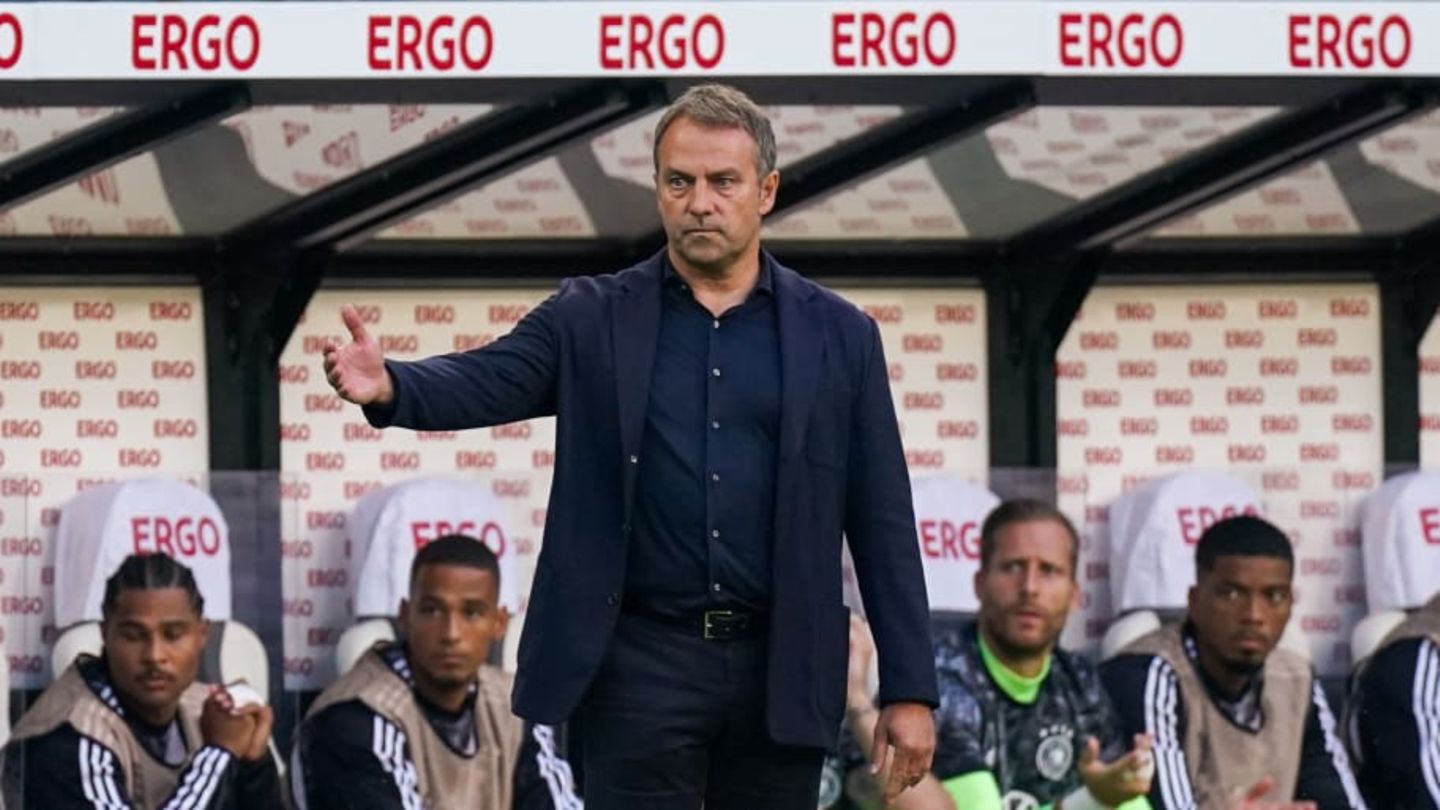 In the penultimate Nations League group game, the DFB selection is challenged against Hungary. National coach Hansi Flick could muster this starting eleven on Friday evening.

The penultimate group game for the German national team in the UEFA Nations League is on Friday evening (kick-off 8:45 p.m.). In Leipzig’s Red Bull Arena, Hansi Flick’s team meets the Hungarian team, who are at the top of the table after four games and have one point more than the DFB team (six points).

After the home game against Hungary, the four-time world champions continue on Monday evening with the classic against England (kick-off 8:45 p.m.). “We know that all nations have the same requirements. It’s good that we still have the two games,” said Flick on Thursday afternoon in front of the assembled media.

“We’re using the two games to get used to it,” said the trainer, who made winning the group his clear goal: “We really want to make it to the Final Four. Whether we can do it is up to us. But we’re well prepared.”

However, the national coach is also aware that the Hungarian team is not an easy opponent. “Hungary are doing excellently at the moment, they are very clever tactically and don’t give the opponent much room,” explained the 57-year-old. In the first leg they split. “We have to live the offensive idea and act boldly,” Flick continued. There is a clear game idea that is “adapted in nuances to the respective opponents”.

After the international trip had to be canceled due to a torn ligament in the ankle, Julian Brandt (infection), Leon Goretzka and captain Manuel Neuer (both tested positive for the corona virus) left the DFB team early. “Manuel and Leon’s absences may be a good warning for the World Cup,” explained Flick. “We don’t know what will happen in Qatar, it could also affect us there.” It is important to deal with the current situation in the best possible way.

In addition to goalkeeper Oliver Baumann, Benjamin Henrichs and Maximilian Arnold were also called up. Jamal Musiala, who sustained a lacerated shinbone in a duel with Thomas Müller in training, is available on Friday evening. “Jamal is always a good option and a pleasure on the ball,” enthused the national coach. Despite the injury, the youngster did very well in training, praised Flick. “He’s fully usable.”

The expected DFB line-up against Hungary

TW: Marc-André ter Stegen – After Neuer’s failure, the goalkeeper will be between the posts.

RV: Jonas Hofmann – In the last group games, the Gladbacher was allowed to play as a right winger. However, Hofmann could take over the right-back position against the Hungarians. Thilo Kehrer is the name of the alternative.

IV: Niklas Süle – Flick has a few options to choose from for the two places in central defense. Half right Süle could start.

IV: Antonio Rüdiger – Nico Schlotterbeck could also start instead of the Real professional.

LV: David Raum – At left-back there are Raum and Robin Gosens to choose from. It is conceivable that the Leipziger will be given preference.

ZM: Ilkay Gündogan – The ex-Nürnberger is expected in central midfield.

ZM: Joshua Kimmich – The place next to Gündogan is reserved for Kimmich.

RA: Leroy Sané – If Serge Gnabry, who was a little out of shape recently, first sits on the bench, Sané could appear as a right winger.

OM: Thomas Müller – The 2014 World Champion is also an option for the right flank.

LA: Jamal Musiala – The youngster could be in the starting XI despite an injury. It is also conceivable that Musiala starts on the right and Sané on the left.

MS: Kai Havertz – Flick could also summon Timo Werner in the center of attack. In this case, Havertz should be part of the offensive row of three.

National coach Flick will also let his team play in the 4-2-3-1 game system on Friday evening.

Everything about the DFB selection at 90min:

This article was originally published on www.90min.de as.