Huracán vs Banfield, by Professional League: Time, TV and formations 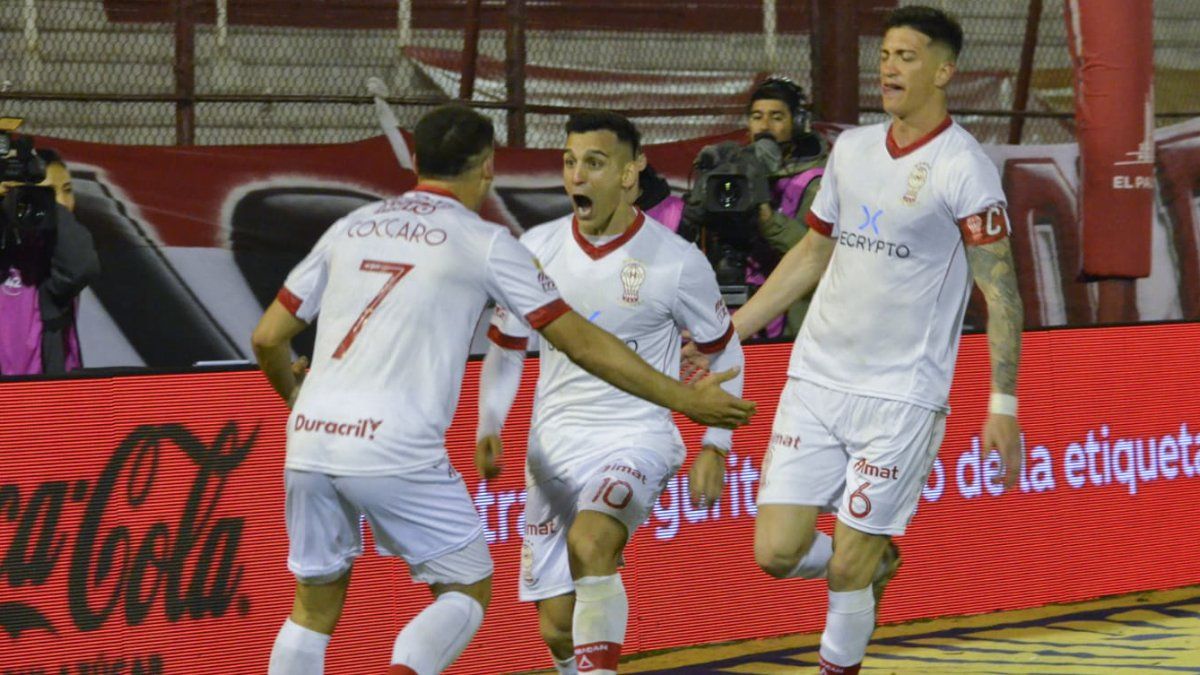 The “Globo” is fifth with 34 points and if it returns to victory after three draws in a row, it will be one behind Atlético Tucumán, who regained the top of the championship after the setback of Gimnasia y Esgrima La Plata.

Banfield, meanwhile, will visit the “Palacio” Ducó after the defeat in the classic against Lanús by 2-1, at home, and in the previous commitment of the quarterfinals of the Argentine Cup that will play against Godoy Cruz on Tuesday next in St. Louis.

Huracán hasn’t lost since date 11 when it fell at home to Gimnasia (1-0) but of the last five dates it only won one game and missed several chances to climb to the top.

The last one was last Monday at La Bombonera after the goalless draw against Boca Juniors, another of the tournament’s entertainers.

Before losing the classic of the South, the “Drill” had won a great victory against River Plate (2-1) at the Monumental stadium and established itself as one of the top five teams with the best visitor production by getting 15 of the 25 points you have in the championship.

Coach Claudio Vivas will have to leave as left-back Aaron Quirós was sent off, for whom defender Dylan Gissi will enter while Luis Mago will become the left-wing marker.

In turn, Jesús Dátolo, who was left out of the classic due to an overload in his left hamstring, already recovered, concentrated for this Friday and goalkeeper Enrique Bologna did not, due to a decision by DT Vivas, who summoned Facundo Sanguinetti.

Other tactical changes will be that of Luciano Abecasis for Emanuel Coronel on the right side of the defense; Nicolás Domingo for Lautaro Ríos in the middle; and Nicolás Bertolo by Juan Manuel Cruz, ahead.

On the “Globo” side, Diego Dabove, who led Banfield until May this year, will have two important absences as captain Lucas Merolla and midfielder Santiago Hezze received the fifth yellow card and “cleaned up” for the classic against San Lorenzo on October 1 at the New Gasometer.

The youthful Patricio Pizarro will enter the defense, while Hezze’s replacement is still unknown.

The 20-year-old midfielder played all 20 games for Huracán in the championship and is also one of the revelations of the tournament.

Hurricane has three wins in a row against Banfield and the last victory of “Drill” was in December 2016 by 1-0 in the south of Buenos Aires.

Banfield’s last celebration at Parque de los Patricios dates back to the 2009 Apertura tournament, 1-0 with a goal from Santiago Silva.

In total, Huracán leads Banfield by a difference of 12 games in the First Division with 36 wins against 24.

When do Hurricane vs. Banfield play?

The match will be played from 7:00 p.m. at the Tomás Adolfo Ducó stadium with arbitration by Fernando Echenique.

Where to watch Hurricane vs Banfield