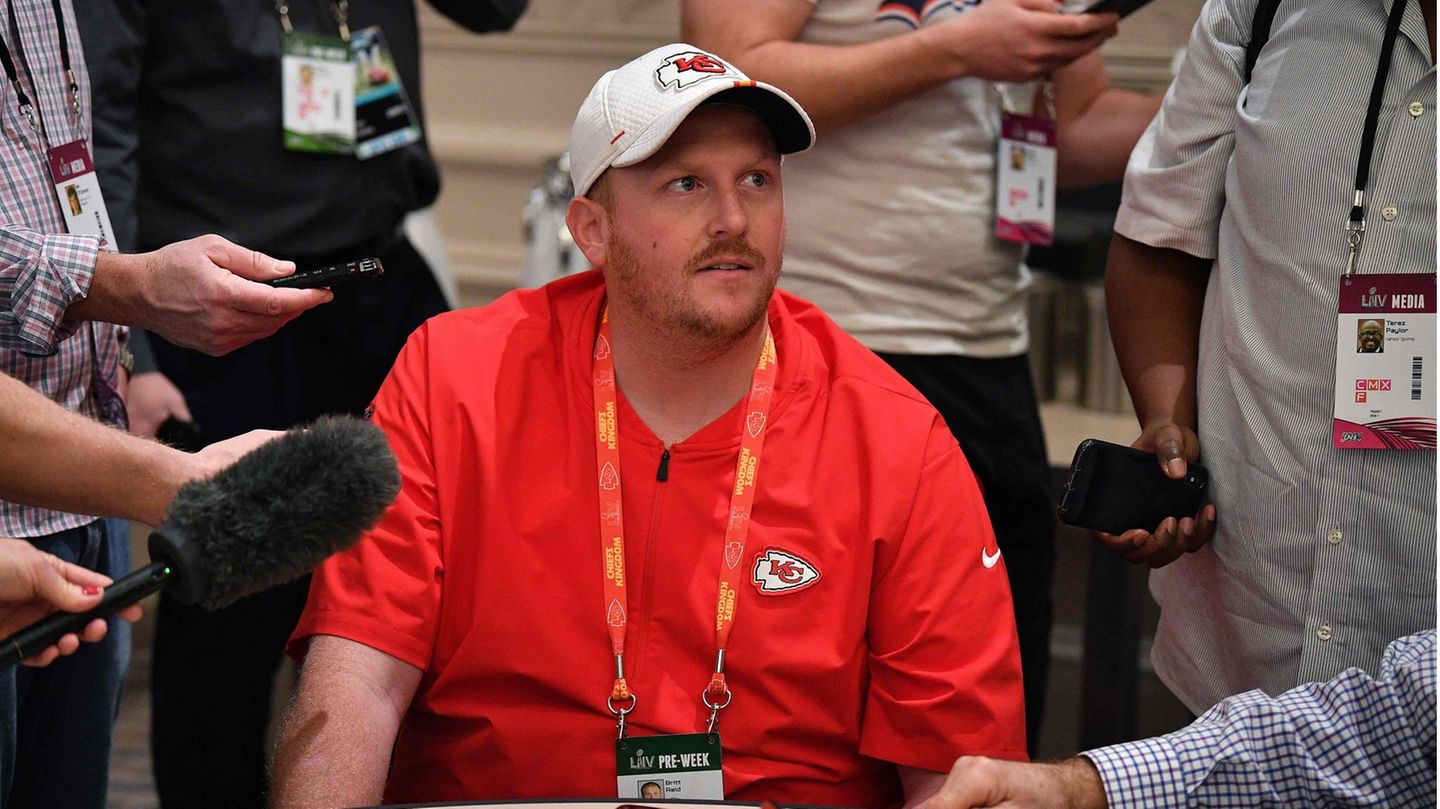 Britt Reid, former assistant football coach for the Kansas City Chiefs and son of NFL head coach Andy Reid, faces jail time. The 37-year-old was sentenced to three years in prison on Tuesday for a car accident he caused under the influence of alcohol last year and in which a little girl was seriously injured, according to several US media reports. He was taken into custody immediately after the verdict was pronounced.

Flashback: On February 4, 2021, Reid’s pickup truck crashed into two vehicles on a freeway ramp — one that had run out of gas and another that had stopped to help. A five-year-old girl who was sitting in the back seat suffered life-threatening injuries in the accident. Reid was driving his car too fast and was under the influence of alcohol.

In September, the father of three pleaded guilty to a settlement. Prosecutors had asked for four years in prison, with the maximum penalty for this charge being seven years. Reid himself had asked for a suspended sentence.

In the accident, the little girl suffered traumatic brain trauma. She was in a coma and spent more than two months in the hospital. She will face hardships for the rest of her life, said a lawyer for her family, who stated, “The victims of this crime are outraged that the defendant was not sentenced to the maximum sentence allowed by law.”

It’s not the first time in prison for Reid, who became addicted to painkillers at the age of 14. In his early 20s, he was arrested twice – once for pointing a handgun at a motorist and another for drunk driving and drug possession. He spent five months in prison. According to the New York Times, a few months before the accident in February 2021, he got into an argument with an off-duty police officer and smashed his side window. However, the incident is said not to have been prosecuted.

After the accident, the Kansas City Chiefs put Reid on leave, who worked for them as an assistant defense coach. He also did not travel with the team to the Super Bowl, which took place three days after the accident and in which the Chiefs lost 9:31 to the Tamba Bay Buccaneers.