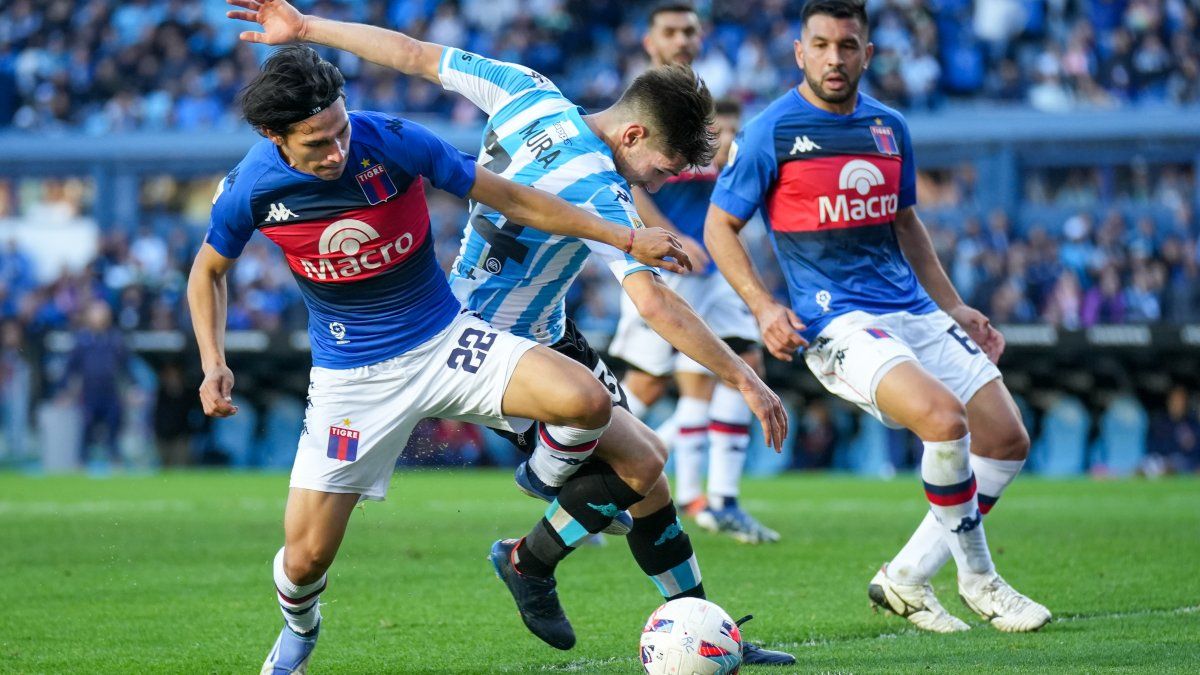 The Academia de Avellaneda and the Matador de Victoria have the chance to fight for a new star after both finishing in second place in the Professional Football League (LPF) and in the League Cup -both during 2022-, respectively.

The “albiceleste” team has a greater obligation than those led by coach Diego Martínez to get through to the final for having wasted the chance to be crowned LPF champion after the 2-1 loss at home against River on the last day .

Racing could have achieved the title if it had achieved a victory against the “Millionaire”, a result that in the end it did not achieve because Jonathan Galván missed a penalty in the 44th minute of the second stage when the match was tied at one goal and Boca, who He finished as the winner of the contest, he had already tied 2-2 against Independiente.

In addition, the relationship of the team with part of the “albiceleste” bias is not going through the best moment since in the return to training last week, both the squad and the coaching staff, headed by DT Fernando Gago, were received with parades against him for the fall in the classic against River.

The “academic” coach Fernando Gago has almost defined the starting eleven to face Tigre, although he continues to analyze names for two places on the playing field.

On the right side of the defense, he has to decide if he will keep Iván Pillud (he returned to training normally yesterday after a muscular overload suffered against River) or if he will put Facundo Mura, who lost ground in recent commitments.

While in the midfield area he will have to make the decision to keep Carlos Alcaraz (of poor performance in recent games) or give Jonathan Gómez a chance to have more verticality in attack.

The rest of the team will be the same one that fell 2-1 against River as a local at the Cilindro de Avellaneda.

Tigre, for its part, finished in seventh place in the table in the last tournament and on the last date lost 4-1 at home against Arsenal de Sarandí.

Coach Diego Martínez could put together a 4-4-2 tactical drawing and not the 4-2-3-1 with which his team had been playing the last matches of the tournament.

Martínez also has a doubt in the midfield area: keep Alexis Castro or give Blas Armoa the title, while the central duo would be made up of Víctor Cabrera and Abel Luciatti, while Ezequiel will be in charge of recovering and distributing the ball. Fernandez and Sebastian Prediger.

The winner of this match will face Boca Juniors, champion of the League Cup and the LPF 2022, next Sunday at the La Pedrera stadium in the city of Villa Mercedes de San Luis.

The record between Racing and Tigre registers a total of 84 clashes with 44 wins for the “Academia”, 22 for the “Matador” and 18 draws.

When do Racing vs Tigre play?

The match will be played from 3:00 p.m. at the Tomás Adolfo Ducó stadium and will be refereed by Darío Herrera.

Where to watch Racing vs Tigre

The duel between Buenos Aires teams will be televised by the ESPN Premium cable signal.