Tightrope walk in Qatar: A World Cup under the strictest observation 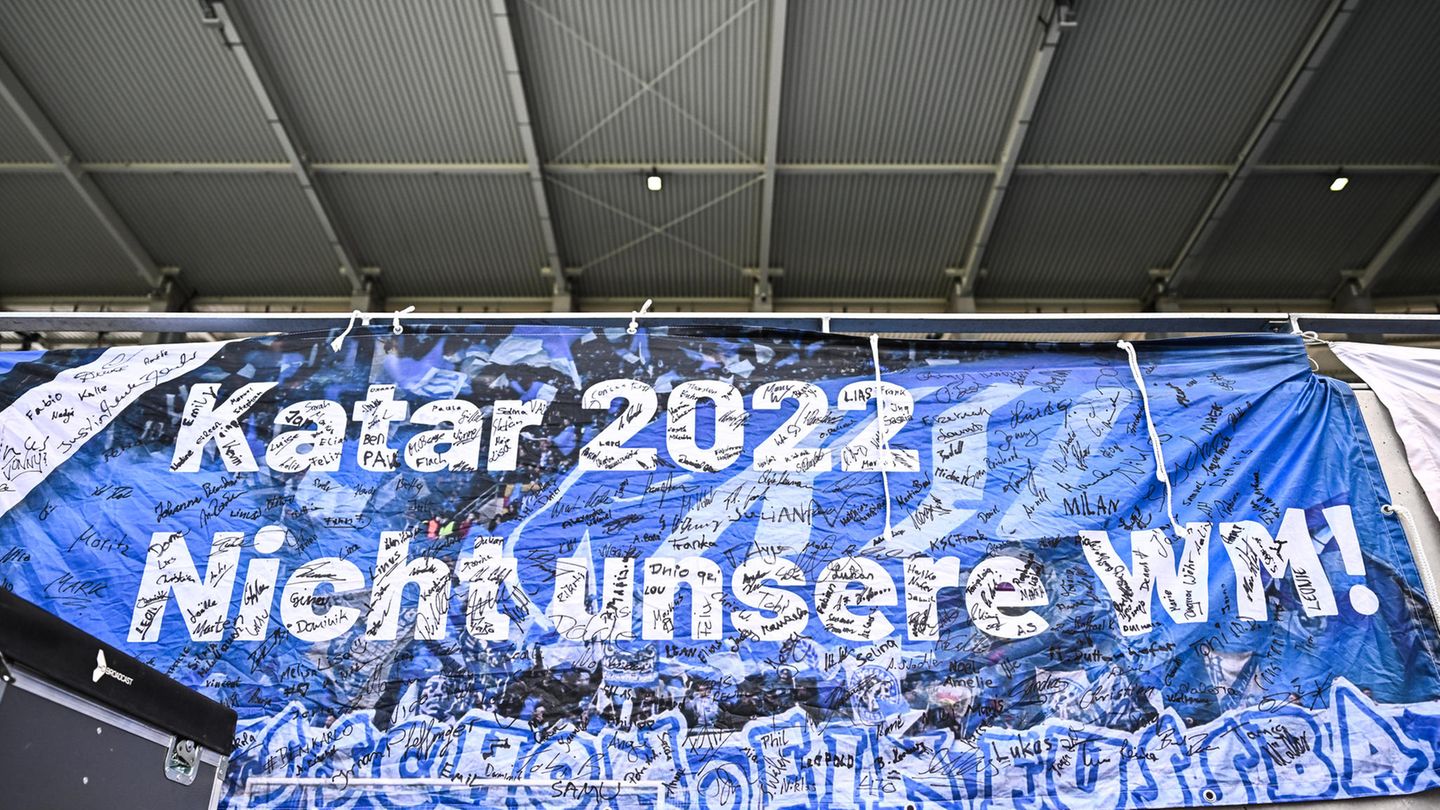 In Germany, the World Cup in Qatar is the subject of more disputes than a major sporting event. The federal government is also struggling to find the right approach. Others say clearly: “Not our World Cup”.

Gianni Infantino has long promised “the best World Cup ever”. That is nothing special per se – and the usual official promise of the FIFA President before the next major tournament, which secures billions in revenue for the world football association. According to the Swiss, the finals in Russia 2018 were “the best of all times” shortly after the final, but in retrospect with the war of aggression against Ukraine it feels like it’s from another time. And now the World Cup begins on November 20th in the Gulf Emirate of Qatar, which despite all the declarations of love by FIFA in Germany is more controversial than ever before.

Human rights, living conditions for foreign workers, the freedom of the LGBTIQ+ community, the role model for women – from a Western perspective, Qatar was a backward country in all these areas for decades, even before and during the scandalous award at the end of 2010. The big question with which politics, society and independent institutions have been busy for months, sometimes loudly, is the status quo. And the right way to deal with it.

“We acknowledge that there is also progress on issues that had to be fought for a long time, such as the situation of employees. Even if that does not correspond to the ideas that we ourselves have,” said Federal Chancellor Olaf Scholz during the conference a visit at the end of September. It sounded a bit like the quintessence of reports by human rights organizations such as Amnesty or Human Rights Watch, even if they formulate it much more sharply: the reforms praised by Qatar are being registered – but nothing is good by a long shot.

Gulf state defends itself against criticism

That will no longer stop the World Cup circus. The language regime from Qatar has become somewhat more humble in principle, and it is acknowledged that there is still room for improvement. The reference that the neighboring countries on the Gulf have long since been overtaken and left behind is at least not wrong. The sensational report by the British “Guardian” in early 2021 about 6,500 dead workers from five Asian countries on the emirate’s construction sites over the past ten years is rejected as undifferentiated and abridged. According to official information, three people died on the stadium construction sites. There are two extremes, neither of which form an overall picture.

At the end of October, Qatar’s head of state, Emir Tamim Bin Hamad Al Thani, felt compelled to respond. Certain criticism is “positive and useful” for the further development of the country. In the meantime, however, an “unprecedented campaign” of such magnitude can be seen that many people question the real reasons for the criticism. The emir did not say what the specific reasons were. He also denounced the spread of fake news and double standards by critics, without going into detail.

The DFB, which had been dealing with its own leadership crises for months, lurched on the Qatar issue for a long time and found it difficult to find the right role for the national team in the discussion. Professionals like Joshua Kimmich and Leon Goretzka now shape the image of the mature national player. The 22-year-old Nico Schlotterbeck reflected on the ZDF “Sportstudio” at the end of October: “We all know that the World Cup doesn’t belong in Qatar. We also know that the World Cup doesn’t belong in winter, but in summer.”

“Not our World Cup”

During the tournament, the relatively new DFB President, Bernd Neuendorf, should intercept socio-political issues before the team does. As a former SPD State Secretary in North Rhine-Westphalia, the 61-year-old has political experience. Shortly before the World Cup, he traveled to the host country with Interior Minister Nancy Faeser. Clear criticism and demands were not made public after the talks.

The energy crisis created new ties between Germany and liquid gas supplier Qatar. The government planes have landed at Doha Airport several times in the past few months – Economics Minister Robert Habeck and Scholz were there for talks before Faeser. Many football fans in particular have answered the question of how a World Cup should be pursued in the tension between energy dependency on the one hand and criticism of fundamental things on the other. The name of an action day at the end of September in Frankfurt am Main was clear: “Not our World Cup!”.

Basically, the protests are about “people being disenfranchised and driven en masse into overwork-heat-death to enable a World Cup tournament. It’s about the lack of press freedom and the worst forms of discrimination against women and the LGBTIQ* community,” said Dario Minden, spokesman for the fan association “Our Curve”, the German Press Agency.

During Faeser’s visit to the Gulf, after a meeting with Qatar’s Prime Minister and Minister of the Interior, Chalid bin Chalifa Al Thani, a delegation said he had promised a security guarantee for all fans, including members of the LGBTIQ+ community. LGBT is the English abbreviation for lesbian, gay, bisexual and transgender. The variants LGBTQ, LGBTQI or LGBTQIA+ are also often used. Each letter represents one’s gender identity or sexual orientation.

The emirate must be measured by the promise – but it should not hide the fundamental system error that the situation in a World Cup host country is such that such guarantees have to be given in the first place.