BVB plays a draw in Copenhagen: The Borussia in the individual review 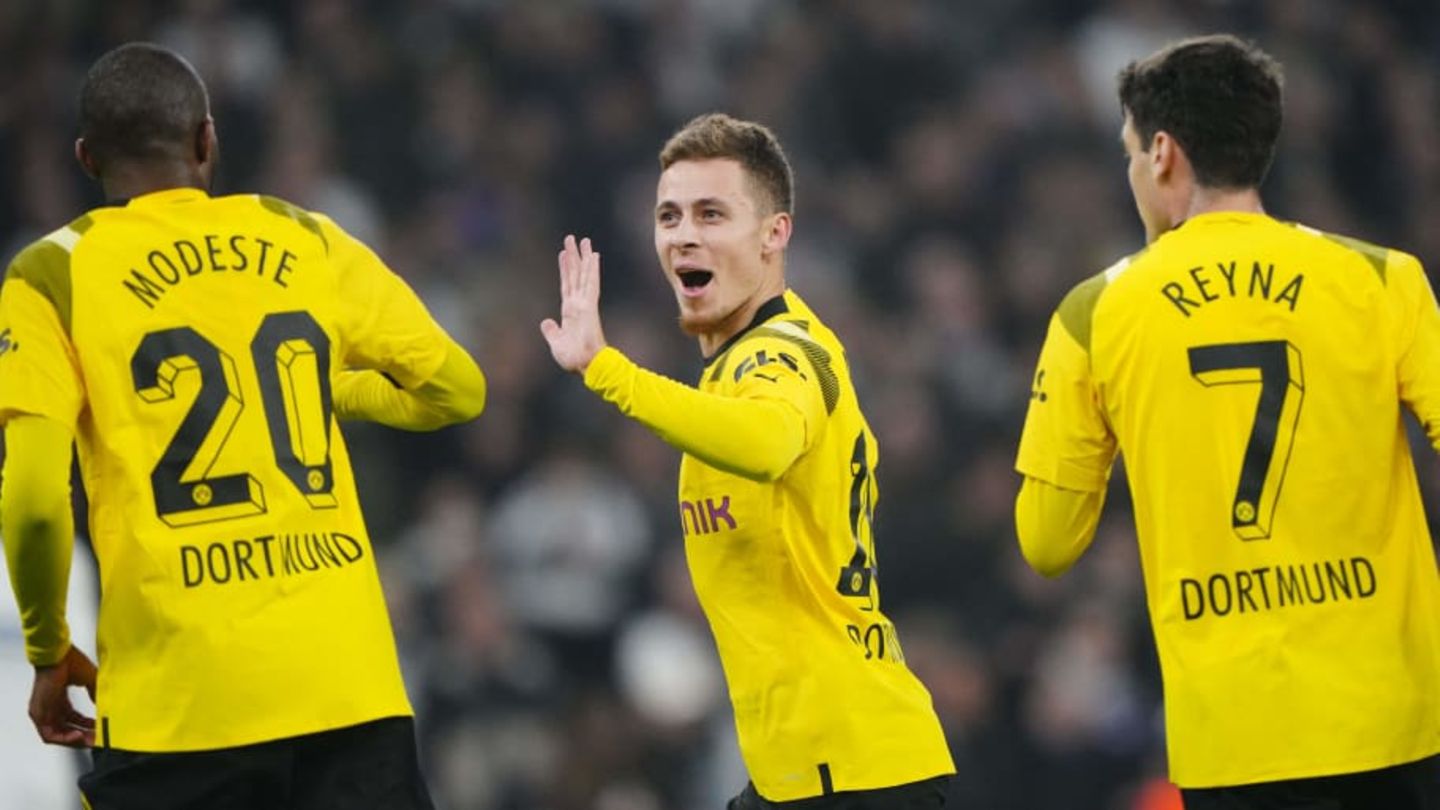 Borussia Dortmund played 1-1 against Copenhagen in the last Champions League group game: Kobel and Hazard were the best BVB kickers

scored a 1-1 draw in the game in Copenhagen that was not really decisive. Thorgan Hazard gave Borussia the lead, but the hosts were more motivated and determined overall and deservedly equalized. From BVB’s point of view, there is a group phase with ups and downs, which you could finish in second place. We take a look at the individual reviews of the BVB stars who are not quite as awake today.

Gregor Kobel only needed nine minutes after his outstanding Frankfurt game before he prevented a deficit with another brilliant save. 20 minutes later he won a one-on-one with Claesson. In the 41st minute he didn’t stand a chance against Haraldsson’s shot. He was replaced by Meyer at half-time.

The right-back was able to prepare the 1-0 through Hazard with a dynamic attacking run and a strong cross. On the other hand, he looked a little unhappy at 1:1, during which he allowed himself to be tunnelled. Passlack showed a good game in terms of fighting, but he lost his strength as the game went on, which is why he had problems against the fast Daramy.

completed a desolate initial phase. The veteran saw no land at all against Daramy before the big chance in the ninth minute and three minutes later allowed Haraldsson to give his chance. In addition, he also made unfamiliar blunders in the game structure. After the first quarter of an hour, Hummels improved, although he lacked his usual sovereignty and presence.

Nico Schlotterbeck was the most stable BVB defender in the first half, but he also made a few minor lapses. In the second half, these initially became larger and smaller. So he owed a big Copenhagen chance in the 60th minute. In the final phase, the central defender then increased again. An overall average performance.

The Belgian marked the early 1-0 for BVB after Passlack template. However, it was his only really notable scene in the first half. The left-back by choice did a good job against the ball, but in some scenes you could see that defending is not his main job. His standards were quite decent and beyond that one can attest Hazard a satisfactory game.

showed impressive ball wins and dynamic runs at the beginning. However, his actions rarely resulted in anything really countable. The midfielder ended up getting stuck too often or choosing the wrong pass. His swallow in the Copenhagen penalty area after an actually good run was also a little embarrassing. In the second average, Can was no longer so good in the duels and needed too long on the ball. Not a really good show.

Although Salih Özcan made many ball contacts, he rarely knew what to do with the ball. In the duels, the newcomer from Cologne also seemed a little too inconsistent, which is why he often only came second. In the second half, there were a few casual bad passes that were emblematic of his performance.

Adeyemi didn’t put anything countable on the pitch in the first round. In the few moments when he wanted to create something surprising, he got stuck on his opponents. In the 52nd minute he became dangerous for the first time with a deflected shot. Shortly thereafter, after a nice dribble, he prepared Malen’s second big chance, but he miserably missed it. Unusually, Adeyemi even became dangerous with a header in the 70th minute. After all, the bottom line is a clear increase in performance in round two.

Reyna was still the best Dortmund offensive player in the first round. The American showed himself to be safe in the passing game and had a chance to shoot in the early stages. In the 17th minute, the youngster put Malen in the limelight in an exemplary manner, but he finished alarmingly weak. In the second half, Reyna was also one of the more active Borussia players, but was no longer a real threat until he was substituted in the 63rd minute.

Malen rarely appeared, although with his speed he could at least speed up the game from time to time. However, his ability to take the ball with him and the subsequent shot in the 17th minute, which left BVB fans in despair, was very weak. His finish in the 54th minute after a great set-up by Adeyemi was no less rough. He marked his first dangerous scene in the 67th minute when he brought in a sharp cross towards Moukoko. Towards the end, Malen did a little better, but he couldn’t deliver a letter of application.

Modeste fans hardly had any connection to the game, which was also due to his teammates, who were not very offensive. Shortly before the break, the frustrated attacker saw the yellow card after a sliding tackle, which was his most striking scene. Only in the 76th minute did Modeste finish for the first time, but aimed far too high.

Got a half of playing time, but had a rather awkward job in front of the flaming Copenhagen fan curve. However, the actors on the pitch hardly examined Meyer, which is why there is little to say about his performance. Only shortly before the end did the substitute keeper have to dive once.

After being substituted on, Niklas Süle showed minor insecurities in the duels and in the build-up game. The Abehr giant didn’t make a really confident impression, even if he had a few good clearance actions.

Julian Brandt immediately brought momentum to the game after coming on as a substitute and was involved in practically all BVB attacks. Among other things, he prepared Moukoko’s post shot. You can rely on Brandt this season.

Just a minute after his substitution, Moukoko created more danger with his post shot than Modeste has done to date. Ten minutes later he served his experienced strike partner with a nice pass, which he couldn’t use. Towards the end, Moukoko dove a bit.

After a long period of suffering, the youngster was finally able to make his competitive debut for BVB. He was safe with the ball at his feet, but he had his problems against the ball