De Paul posed for a magazine, talked about Messi, the World Cup and his relationship with Tini 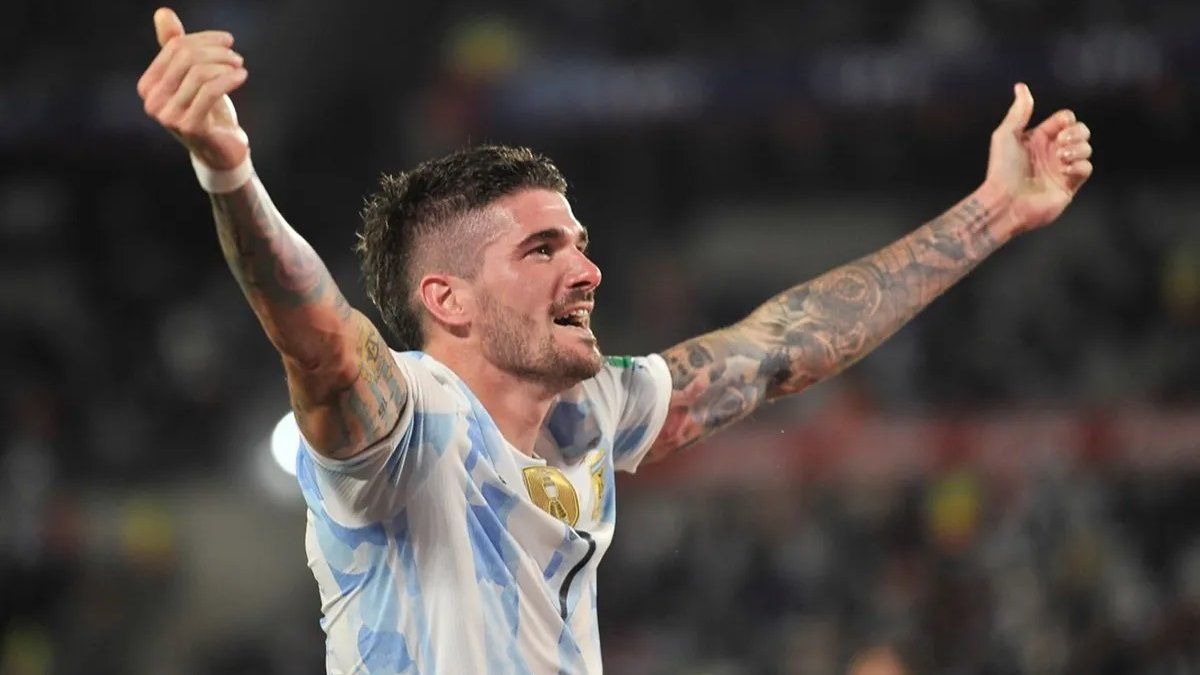 “I love Lionel very much and I know it’s reciprocal, because off the pitch we’re close and we have fun simply because we’re friends, and I have a good time with my friends. It’s true that my other friends don’t get the photos they they take him out, but between us we were generating something off the field that also happens on the field. And playing with him is like playing the trick having the ace of spades in all hands. If you know in advance that you will always have that card, play calmer. And it seems to me that this happens because there is a friendship, a good energy between us that helps things come out easily.”appreciated the player emerged in Racing.

And continuing with references to his admired Messithe born in Sarandi 28 years ago highlighted that the Argentine national team “He has a great leader in Lionel, he is a very important figure, someone who, in addition to playing the way he plays, simplifies everything with words. Obviously, when he speaks he is listened to very carefully. And in my case, the role I try to play is to lead by example: train full, that the team knows that they can always count on me inside and outside, understand every moment and bring fun to the group. That leads you to be a benchmark “estimated.

How he and the national team get to the World Cup

“And professionally I am physically very well, because I am a person who takes care of himself. I train a lot, I dedicate my daily life to football and that makes me feel very good and that I arrive at the matches whole. That is why it is good that the World Cup It is played at the end of the year, because if it had been in June as usual, we would all have arrived more worn out. But instead now we are in the middle of the season and we are much better. That is why my prediction is that a World Cup awaits us in which will have very good football”anticipated Paul’s.

“And there our team will be in the bunch of those who will fight for the title. That’s why I think this World Cup is going to be defined by details, by trying not to accumulate two warnings to get suspended or by some injuries like the ones they are falling lately before starting. Those are the things that can end up weighing down at the moment of the definition in the midst of such even levels. We are going to play seven finals within a very tough month and that is why we must be in optimal physical and mental conditions.”he warned.

His media relationship with Tini Stoessel

Paul’s he was always in contact with close-ups, since he arrived at the selection and immediately approached Messiuntil his last sentimental relationship with the popular singer Tini Stoesseland so it was no surprise that this iconic magazine rolling stonededicated precisely to music and mass culture, not only conducted this extensive interview with him, but also had him on its cover with a naked torso and showing off his numerous tattoos. “The truth is that with Tini we have a very healthy relationship, each one attentive to his work and his responsibilities. Neither of us depends on the other and we chose to go through life accompanying each other. I feel a lot of admiration and pride for what she does, the dedication that she puts into her profession and the value that she gives to each action destined for the people who follow her. This relationship changed my life, because it does me a lot of good”confessed the footballer.

“And although due to our obligations we cannot be together all the time, every time we do it we enjoy ourselves, since we isolate ourselves from many things that are dense. Last a long time”pointed out the current midfielder of Atletico Madrid.