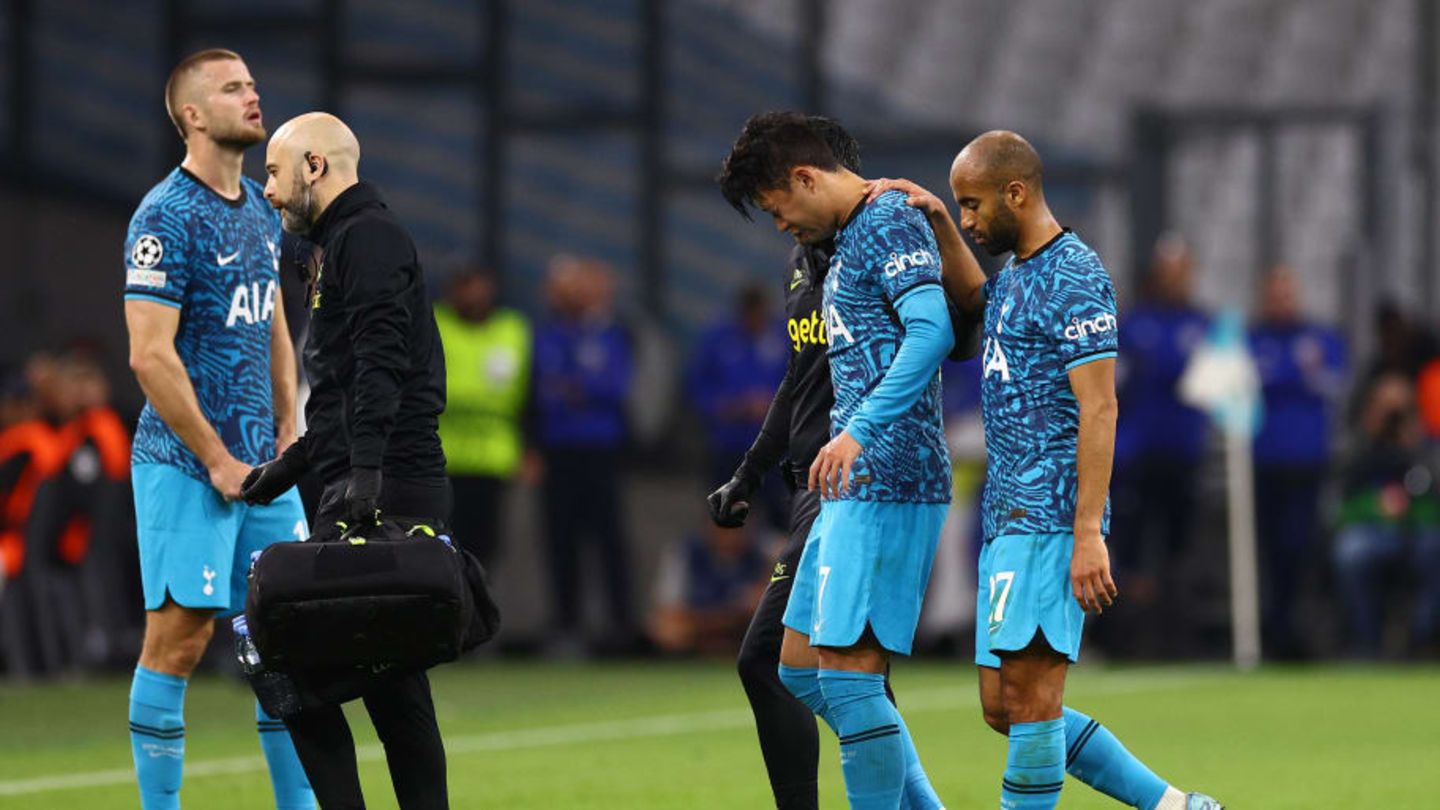 Heung-min Son sustained a facial fracture in a clash against Marseille, which requires surgery. The Spurs striker is threatened with losing the World Cup with South Korea.

An injury from Tuesday night’s Champions League game could have serious consequences for Heung-min Son. The Spurs forward has facial surgery and could miss the World Cup.

There was a downer for Tottenham Hotspur in Tuesday night’s 2-1 win over Olympique Marseille: Heung-min Son was injured in a collision. It is now clear that he will have to undergo an operation on his face. A fracture near his left eye needs to be stabilized.

“After the operation, Son will begin rehabilitation with our medical staff,” Tottenham said in a statement. However, it is unclear how quickly and in which steps the rehabilitation can begin.

Both Son and the South Korean association are likely to be a bit nervous – after all, South Korea will start the first group game at the World Cup in three weeks.

The association told the news agency AP According to: “Whether Son can participate in the World Cup or not will be judged after the operation.”

Depending on the severity of the surgery and the resulting consequences, there seems to be a possibility that the short-term nature of this necessary measure could have serious consequences for the World Cup. It is currently not certain that the 30-year-old will be able to be back on the pitch in time.