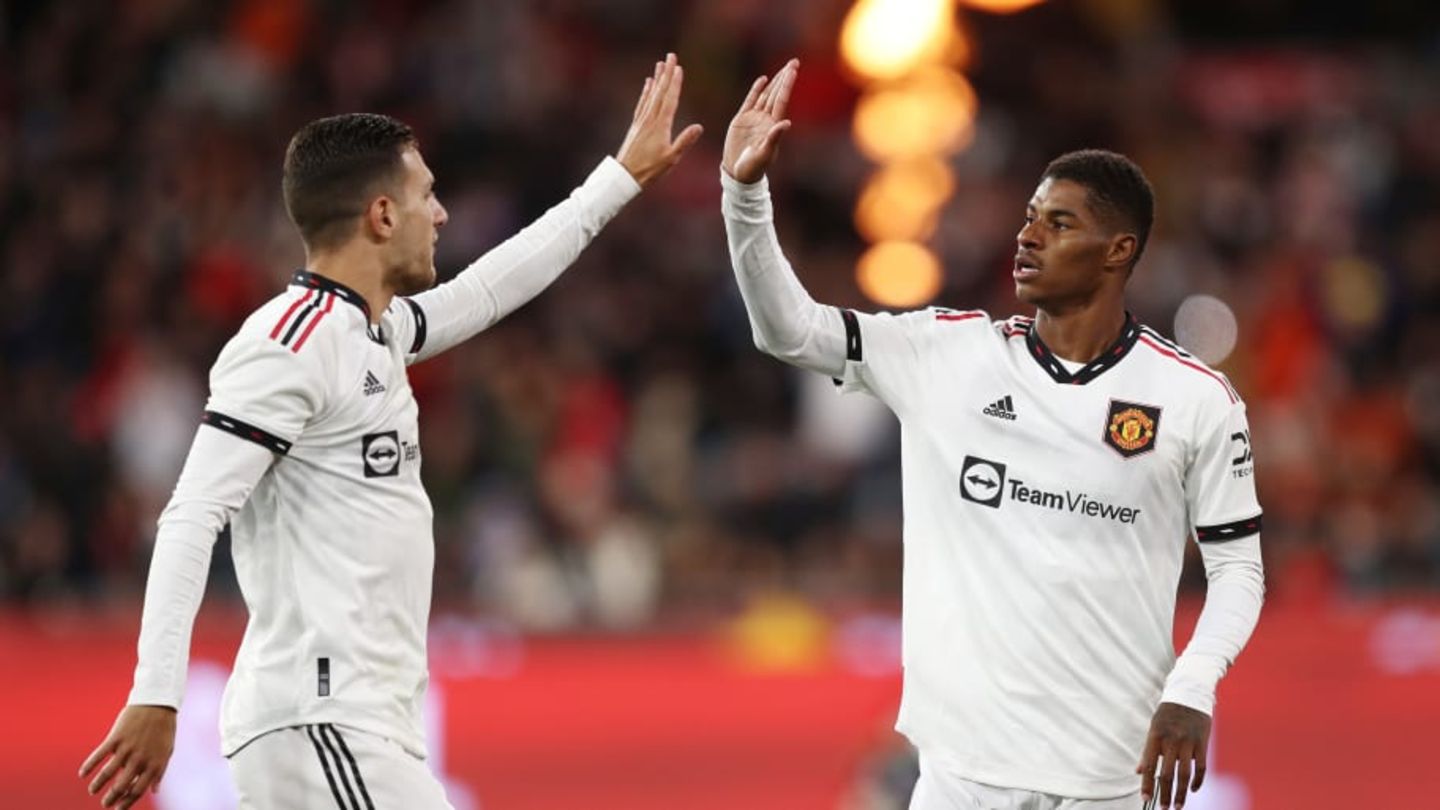 Marcus Rashford and Diogo Dalot are set to extend long-term at Man United. The Red Devils want to conclude the negotiations this year.

The duo of Marcus Rashford and Diogo Dalot is seeded under Erik ten Hag. Manchester United wants to extend the contracts with both of them, which are due to expire in the summer – preferably before the turn of the year.

Homegrown players Marcus Rashford and Diogo Dalot will have their contracts at Manchester United set to expire next summer. With both, the Red Devils have the customary club clause to be able to extend the working paper by one year. However, the English record champions are hoping for a long-term extension of the duo.

To 90 minsCoach Erik ten Hag and United leaders Rashford and Dalot want to retain information in the long term. Both belong to the permanent staff in the new season and were able to justify their place in the team with good performances.

United are reportedly on the right track with both players. The Red Devils hope to finalize the negotiations by the end of the year.

Rashford has regained his former strength after a disastrous pre-season. The 25-year-old forward has seven goals and three assists in 15 games in the Premier League and Europa League. Dalot has developed into an indispensable regular in the back right. The 23-year-old Portuguese has also attracted interest from other top clubs. FC Barcelona have been linked with the right-back for some time.

New right-back in winter? United have Frimpong and Henrichs on the list

In addition to Dalot, Man United may be looking for another right-back for the winter. Aaron Wan-Bissaka is no longer a factor under ten Hag and could be relinquished in January. Another replacement would then be needed for Dalot.

There is therefore also interest in two Bundesliga players. Jeremie Frimpong (Bayer 04) and Benjamin Henrichs (RB Leipzig) should be on the list as well as Inter’s Denzel Dumfries. How seriously the search for another right-back is approached depends on Wan-Bissaka’s future. And in the medium term also whether Dalot extends his contract.

All about Man United at 90min: