Conference League: 1. FC Köln is eliminated after great drama – highlights in the video 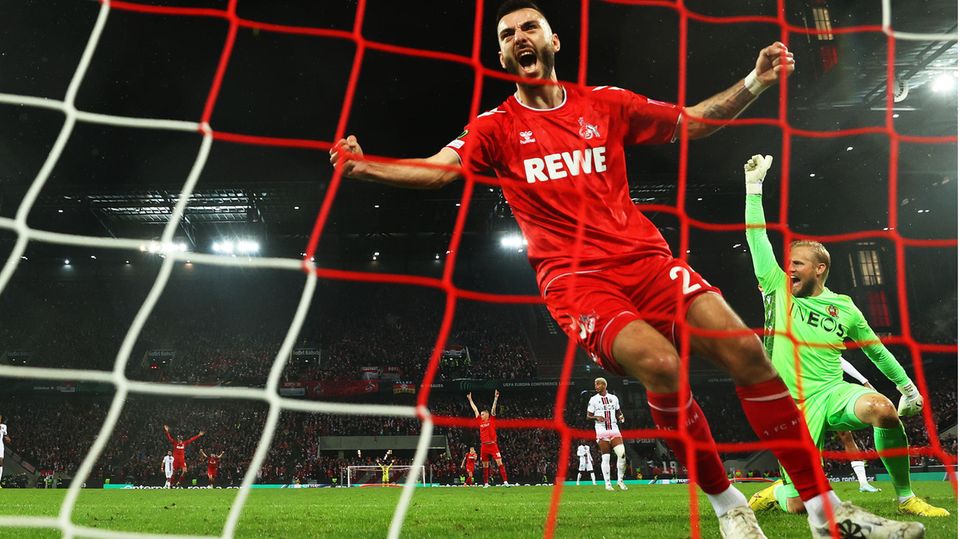 The European trip is over for 1. FC Köln for the time being. The final point is set by the team and fans with emotional pictures. The highlights of the game in the Conference League against Lucien Favres OGC Nice in the video.

After a furious race to catch up and a very committed performance by 1. FC Köln, the fans gave their team a special farewell to the European Cup. With traditional Cologne songs and lots of applause, they celebrated their sad heroes, who had just been eliminated from the Europa Conference League after the 2-2 (0-2) against OGC Nice. “I’m sorry that we can’t give the fans more games on the European stage,” said offensive man Florian Kainz.

Conference League for Cologne over this season

While the players were celebrating in front of the curve, coach Steffen Baumgart stood petrified in his coaching zone for a few minutes. The 50-year-old later explained that he wasn’t disappointed, “because I’m impressed with the performance and the mentality of my team.” Baumgart pointed out the following as a characteristic of his team: “We don’t do everything right, but we don’t give up. We get everything we can out of it.” At the end of his club’s European journey, he said: “I would like to thank everyone who has accompanied us on this journey.” That included the followers.

After the first leg was overshadowed by serious riots in the stands, this time football was the focus of attention in the stadium. Cologne fought sacrificially and narrowly missed out on victory after being two goals down at one point. Sports director Thomas Kessler was also pleased that the fans honored the performance. “When you see the pictures after the game, as much as the disappointment is, I think we did something great,” he said.

Passionate struggle is not rewarded

Kessler explained: “It’s been a long time since I saw a team fail to achieve a goal and then end up standing in front of the curve. That’s what we have to take with us today: that we have a team that gets people into the stadium go and have the absolute belief that they always get a passionate fight, even if in the end, unfortunately, sometimes it’s not enough.” With a view to the three remaining games in the Bundesliga before the World Cup, Kessler said: “We still have exciting tasks until the winter break and then we will do everything we can to be able to represent 1. FC Köln again internationally in the future.”