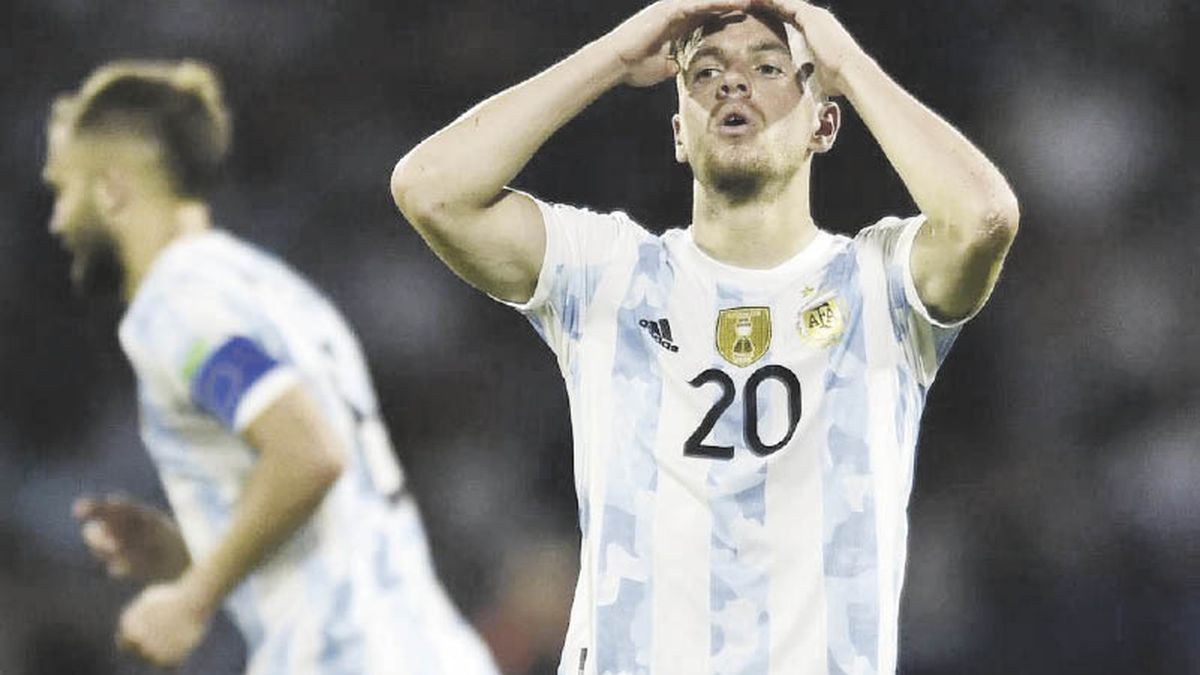 Despite the intention of Rosario and the coaching staff led by Lionel Scaloni, recovery after surgery will require more time (between six and eight weeks) than the duration of the competition on Arab soil.

With the loss of Lo Celso, Scaloni loses a key piece of the midfield since from the beginning of the cycle four years ago he formed the trident with Rodrigo De Paul and Leandro Paredes.

The player whose file belongs to Tottenham, who also pressed for surgery, played 35 games in the Scaloni cycle and is one of the four with the most appearances along with De Paul (42), Paredes (40) and Lautaro Martínez (38).

Rosario, in addition to being part of the group closest to Lionel Messi, was one of the main football partners of the captain of the Argentine National Team.

According to statistics, Messi is the player who has received the most passes from Lo Celso since the beginning of the Scaloni cycle that began after the 2018 World Cup in Russia.

Lo Celso was part of Jorge Sampaoli’s squad that was eliminated in the round of 16 against the champion, France, but said goodbye to the World Cup without playing a single minute.

At just 26 years old, Lo Celso will surely have a new opportunity at the next World Cup in 2026, but the disappointment of being left out of Qatar represents a serious blow for the illusion of joining a team that arrives with an undefeated 35 games and as champion of America.

“The first thing I told him and what I tell everyone is that the player’s health comes first. We are not going to take any risk that is not normal, we will not do anything unnecessary for his health, ”Scaloni said a few days ago about the situation of one of his favorite players.

Later, the DT added that he was not going to add players who are not one hundred percent, but he remarked that Lo Celso “does not have a soccer replacement.”

With the loss of Lo Celso, the pre-World Cup list was reduced to 27 names, so Scaloni will have to disaffect one more player. The decision that the coach must make is whether he takes one more defender or one more forward. There, three names appear.

The first is that of Paulo Dybala, who today seems to be a number on despite his injury. Thus, except for a last-minute imponderable, the jewel will be in the World Cup. The other two places are disputed by Juan Foyth and Ángel Correa. Everything will depend on whether Scaloni ends up carrying nine defenders – even despite Foyth’s inactivity after his injury – or one more forward. Obviously, if Dybala doesn’t make it, then both Foyth and Correa could make the final list.

However, Scaloni will announce next Monday the final list of 26 players who will debut on November 22 against Saudi Arabia in Group C of the World Cup.