BVB bankruptcy “relatively inexplicable” – “Were actually good in the game” 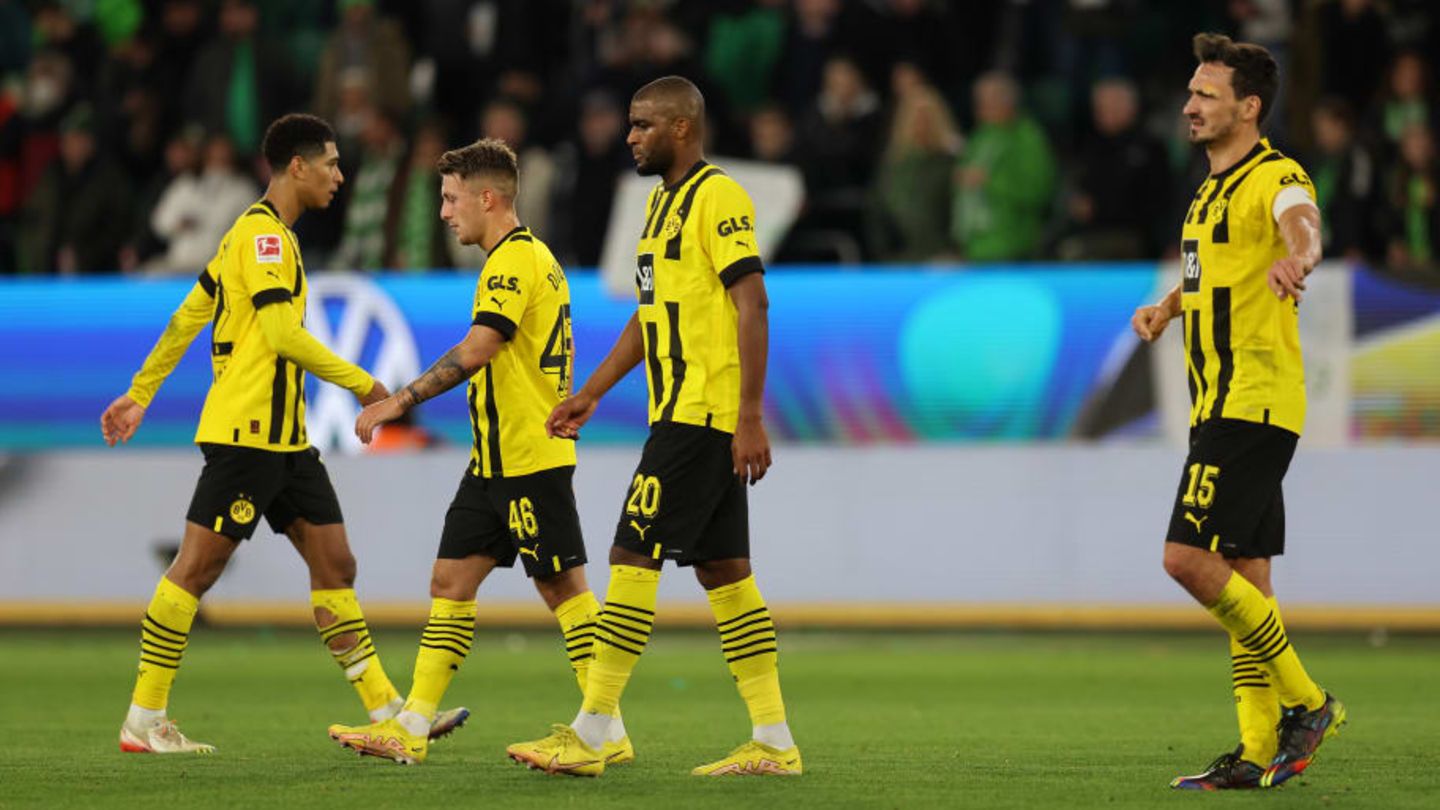 BVB is struggling with the defeat in Wolfsburg. Players and coaches emphasize the bad start to the game, but still saw themselves in control. The voices of the game.

Borussia Dortmund has to digest the defeat at VfL Wolfsburg. Players and coaches blame the bad start to the game for the bankruptcy. Seen over the entire course, with a bit of luck you shouldn’t have lost – said Mats Hummels, for example. The voices of the game.

Instead of going into the last league game before the World Cup break with a big chest and a good mood, BVB has to digest another defeat. Black and yellow had to admit defeat with 0:2.

The hope of getting closer to the top of the table is gone for now. The bitter reality: Due to a very sleepy and bad start to the game, Dortmund tripped up on itself again. The initial phase was also the crux of the bankruptcy in the assessments of some players.

“We felt like we didn’t even see the ball in the first five to ten minutes and got back into play very badly, which is relatively inexplicable because that happens to us very often this year,” Niklas Süle brought up the problem quite quickly point (via Ruhr news).

The defender, who ran up the right again, saw his team play “a very, very decent game”. They “created many chances”, but at the same time “had bad luck”. Süle continued: “Today we didn’t manage to make it 1-1 and take something with us because there were a few phases in the game that were too bad.”

“I think we didn’t quite deserve to lose today, we should have taken something with us, but that wasn’t enough,” he summed up.

Mats Hummels made a similar statement. Above all, he emphasized “the five bad minutes at the start”, which are by no means a rarity at BVB. “We’ve gotten through the opposing defense more often than we’ve done this season, well through the chain,” he even praised his own offensive game. However, the effectiveness was not good, too little was made of the opportunities. “Then you lose here,” was the bitter conclusion.

The defensive boss also remained honest and referred to one or the other lucky game of the last few weeks: “To be honest, that was perhaps the balancing justice for the fact that we have had luck on our side two or three times this season. […] Today they have [Wolfsburg] I also had the necessary bit of luck again, that happens in football.”

If Borussia had been lucky “at the right moments”, Hummels suspected, “then we won’t go home with the defeat”. After all, it was a better game than against Frankfurt, which in turn was won. He emphasized: “That’s why you have to classify everything correctly.”

It was hardly surprising that Edin Terzic, as a coach, referred a little more to the bad start to the game. “We got off to a much worse start and allowed two clear chances in the first few minutes,” he said angrily.

The 40-year-old continues: “It was only after we conceded the first goal that we found the thread again and took control. We would have liked to go home with a point, but because of the poor start phase we can’t complain that we were the losers from the start go place.”

Gregor Kobel also took up the found thread. In the first ten minutes they “came in a bit slowly”, as the keeper put it, but then his team “actually took the scepter in their hands straight away”. This also created “good opportunities”, which, however, were not exploited.

But the truth is also true: Dortmund may have been good in the game, but Wolfsburg also had good chances to score, especially due to the changeover game. If one or the other overnumber situation is played out better, one or two more VfL goals could have been scored.