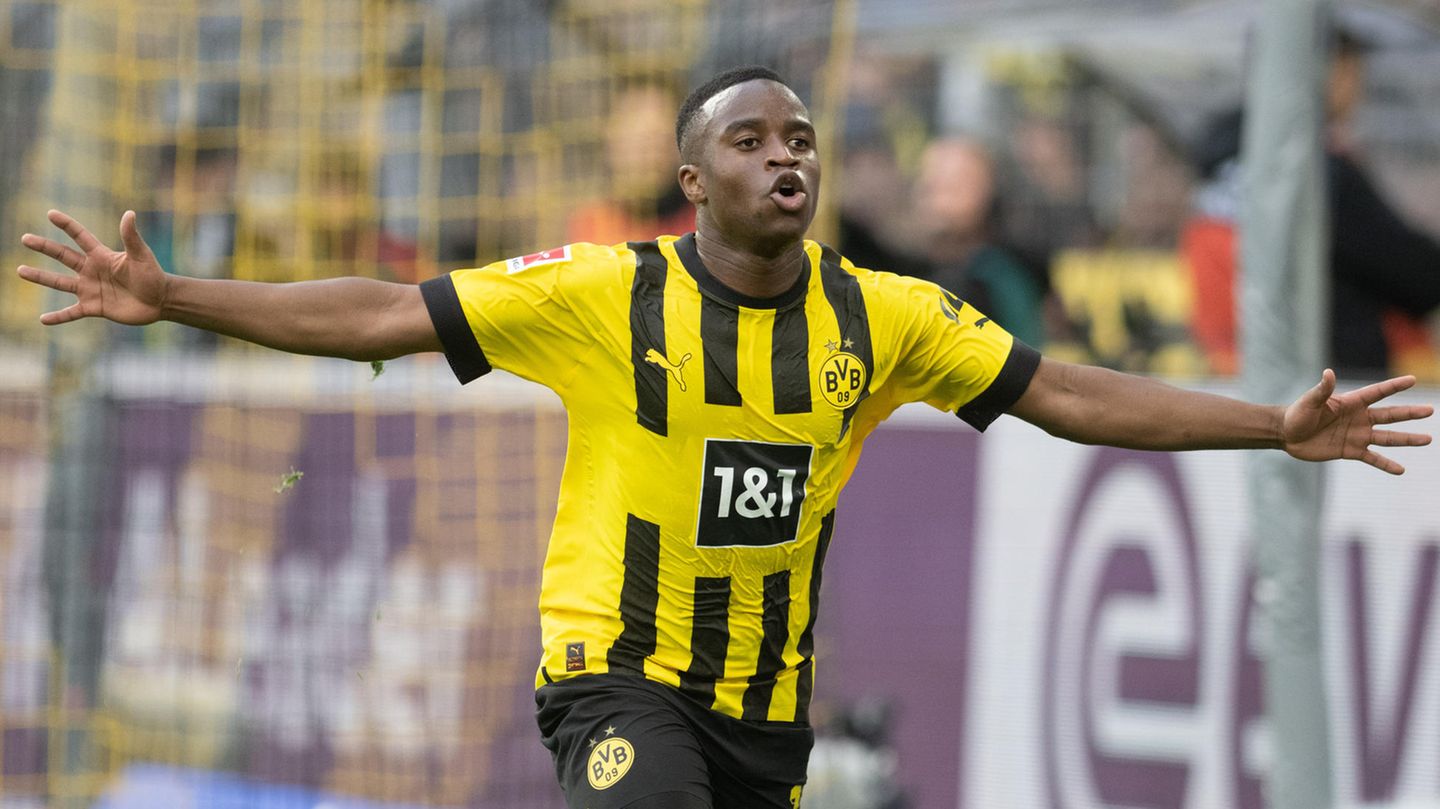 Youssoufa Moukoko’s development is unique: At just 17 years old, he is part of the World Cup squad. This has never happened before. National coach Flick is happy about the BVB striker. His club coach warns of the hype.

Youssoufa Moukoko was already playing in the U16 national team at the age of 12 years and 311 days. In the Bundesliga, the 17-year-old forward from Borussia Dortmund has eleven goals across the seasons. No football professional was younger at this brand. Now the next record follows for Moukoko: national coach Hansi Flick nominated him for the World Cup squad – as the youngest World Cup participant in DFB history.

“I’m just incredibly happy and overwhelmed,” commented Moukoko, who only turns 18 on the day of the opening game on November 20, on Instagram. “He has developed well, he gives a lot to a team,” praised Flick on Thursday. The national coach described the attacker as “fast, lively and good at finishing” and emphasized: “We’re looking forward to him.”

Edin Terzic: He deserved it

Moukoko may have benefited from the injury-related World Cup cancellations by Timo Werner (RB Leipzig) and Lukas Nmecha (VfL Wolfsburg), but the remarkable development of the young professional is not only pleased with the national coach. “Of course we’re happy, he deserves it,” said BVB coach Edin Terzic on Thursday.

The striker’s performances had his club coach Terzic raving recently: “He’s extremely talented and wants to improve every day. He’s made a huge step, is always playable and uses his body much better.” At the same time, however, Terzic warned of hype: “Just as we protected him when he shot the ball next to the goal, it will continue now. He is and will remain 17.”

With six goals and four assists in 13 league games so far this season, Moukoko has closed the gap left in BVB attack by newcomer Sébastien Haller, who is suffering from cancer. He won the internal duel with the summer acquisition Anthony Modeste. Nevertheless, talks about an extension of the contract, which expires at the end of the season, are stalled.

However, the good relationship with the coach and sponsor Terzic could help the young star remain loyal to BVB. “I have Edin’s trust, I know the environment and I feel very comfortable here,” Moukoko said recently. And in his emotional Instagram post on Thursday, in addition to his family, he also explicitly thanked the BVB coaching team and his teammates. The post ended with the phrase “I love you”.