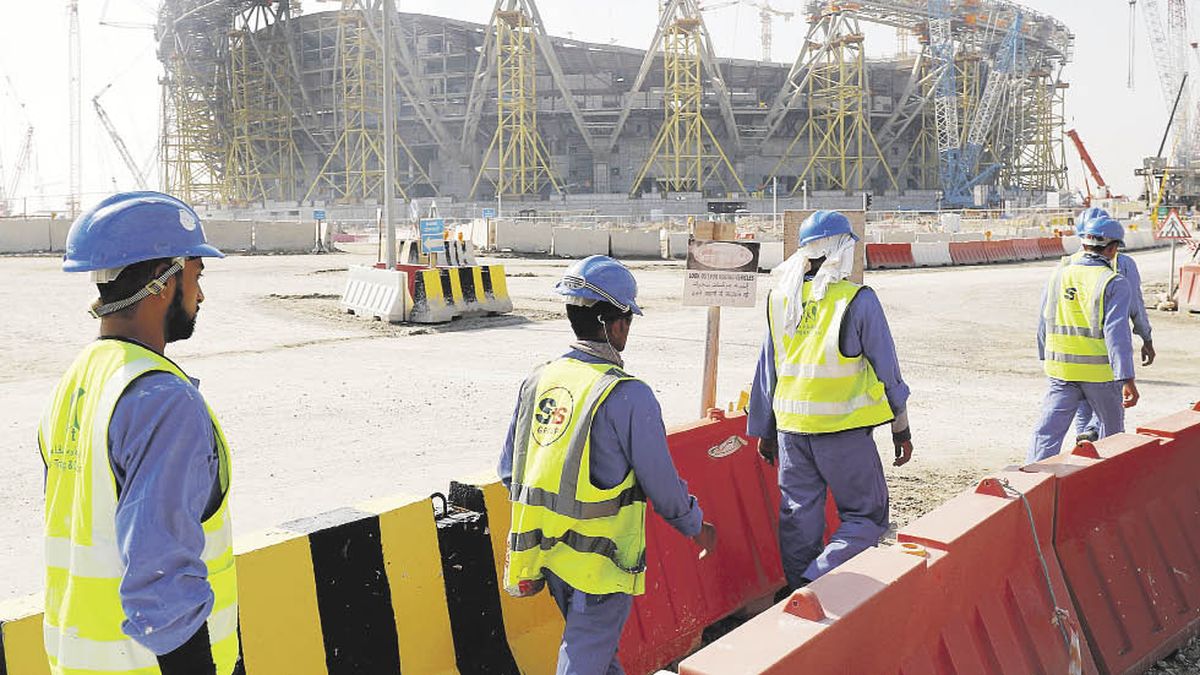 One of lime and one of sand for the highest entity in world football that, with other authorities -although at that time the current head of FIFA, Gianni Infantino, maintained a close link with the then president of UEFA, Michel Platini- was splashed for acts of corruption by granting the organization of the World Cups to Russia and Qatar. In recent days, the former president of FIFA, Sepp Blatter, admitted that “it was a mistake to designate Qatar as the organizer of the World Cup.”

In spite of everything, the most important thing for FIFA is that the ball keeps rolling, wherever it may go, and that the little machine that generates dollars or euros does not stop. For this reason… couldn’t or didn’t he want to twist fate so that Qatar would not be the organizer of this new World Cup? Given this, FIFA tries at all costs to avoid serious problems and get the ball rolling, even though the ground is stained with mud and blood. Pretending that nothing happened is his best strategy, although with prohibitions and brandishing the supposed flag of world peace through football.

One of the measures he took was to prohibit Denmark from training with t-shirts with inscribed messages of defense of human rights, as announced by the Danish federation.

The international federation rejected the Danish request to use these shirts with the message “Human Rights for All” (“Human rights for all”), confirmed Jakob Hoyer, a spokesman for the DBU.

The Danish Federation, hostile to the organization of the tournament in Qatar, wants to lead the fight for migrant workers and the defense of LGBT rights in the emirate. “We have sent a request to FIFA, but the answer is negative. We are sorry, but we must take it into account,” said DBU Director General Jakob Jensen.

The Federation had announced that its training shirts would display “critical messages” and two sponsors had agreed to have their logo replaced on them.

FIFA, which prohibits political messages, asked the teams to “concentrate on football” and not to enter “every ideological or political battle.”

“For me it is a shirt with a very simple message about universal human rights,” said Jensen, who assured that the DBU has no other alternative than to accept the ban on critical shirts to avoid fines and penalties, i

At the same time, FIFA wanted to show its benevolent side and announced that fans from Israel and Palestine will share flights from Tel Aviv to the Qatar World Cup, after reaching an agreement with government authorities.

The aircraft will be operated by a company with landing rights in Doha, departing from Ben Gurion Airport in the Israeli capital and arriving at Hamad International Airport.

“We are delighted that an agreement has been reached for Israeli and Palestinian fans to visit Qatar and attend the matches. With this agreement, Israelis and Palestinians will be able to fly together and enjoy football together…”, celebrated the president of FIFA, Gianni Infantino, when announcing the agreement.

Obviously, given this unconditional support from FIFA, the organizers play their game apart and that is why they came out yesterday to refute the accusations of “discrimination and exploitation” in the Cup works, based on the testimonies of some 60 workers.

According to the Supreme Committee of the organization of the tournament, the report of the British NGO Equidem containing these allegations is “riddled with inaccuracies and false statements”.

The contested report, entitled “If we complain, they kick us out”, acknowledges that Qatar, faced with a barrage of criticism, undertook “reforms” to improve the treatment of foreign workers hired in the World Cup works. Among these measures, he cites the creation of a minimum wage of a little more than 2,000 dollars per month, and the partial abolition of the sponsorship system that prevented a worker from leaving the country or changing jobs. But that does not change a liability for which “thousands of workers must obtain compensation for illegal hiring expenses, unpaid wages and other damages,” Equidem president Mustafa Qadri said in a statement.

These demands coincide with those formulated for months by other NGOs, such as Amnesty International.

The document published yesterday by the Supreme Committee to refute these claims cites 60 workers who worked between 2014 and 2022 in the eight stadiums where the Cup will be played and seeks to refute specific accusations, related among other things to a “culture of fear”, with extreme weather conditions during working hours, the impossibility of taking days off or the dispossession of salary.

The NGO cites testimonies of fatal falls of a Bangladeshi “in March 2019” and a Chinese citizen “probably in 2021”. It also refers to the anonymous account of a Kenyan worker who claims to have seen “several deaths and colleagues with serious injuries in the same place” without altering the work routine. The Organizing Committee assures that this accusation is “flatly false” and that it was “presented without any evidence, like most of the report.”

According to the organizers, since 2014 there have been “three work-related deaths and 37 unrelated” to the preparations for the World Cup. “Considering the procedures adopted (…) for security, it would be practically impossible to disguise or misreport a work-related death,” he stresses.