BVB fails again in Gladbach: The network reactions to the 2: 4 bankruptcy 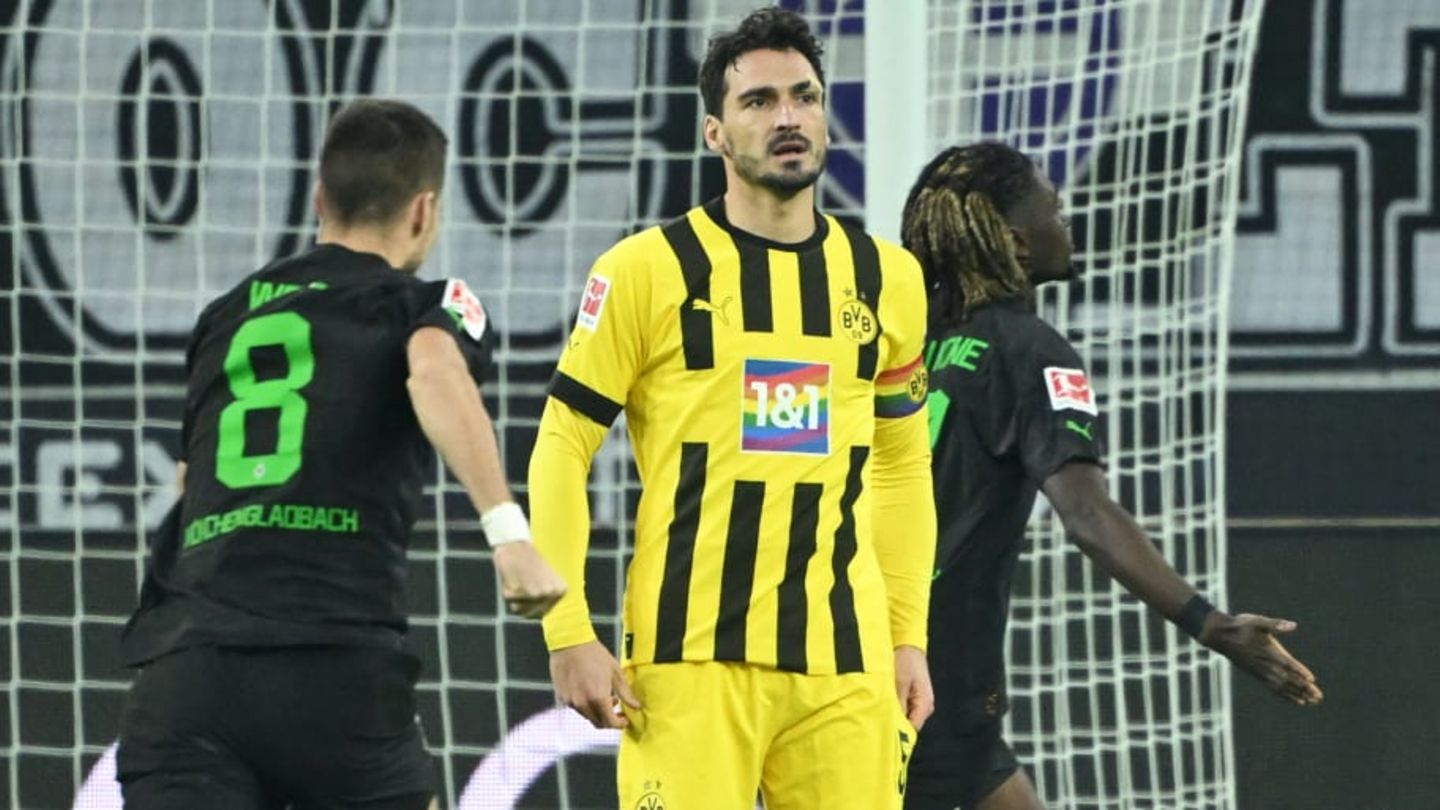 Borussia Dortmund suffered a heavy pack against Borussia Mönchengladbach: Hummels, Terzic and Watzke are the focus of criticism

ended the first half of the season with a 4-2 defeat against Borussia Mönchengladbach. In an offensive game, Dortmund defended wildly over long stretches and let Thuram, Hofmann and Co tear them apart again and again. A horror evening in particular experienced , who saw no land at all against the athletic Thuram. We take a look at the reactions online.

After the nasty 4-2 defeat by the Foals, it is already clear that BVB will finish the first half of the season in sixth place. A bitter disappointment after investing so much in the summer and taking a new path with the change of coach to Edin Terzic. A few months later, however, BVB fans are in for a real ice age. The BVB coach and Aki Watzke really got rid of their fat on the net.

There is a bit of desperation and resignation among the fans. The black and yellow were disappointed by their team too often.

BVB showed impressively in Gladbach how not to defend against fast players like Thuram and Hofmann. Again and again, the Gladbachers found themselves free in front of the goal and could have even scored more goals. The entire BVB defense experienced a horror day, led by Mats Hummels, who put in by far his weakest performance in the first half of the season.

At least things went a little better offensively than defensively, but this didn’t lead to Dortmund’s satisfaction either. In particular, the expensive transfers of Malen (2021) and Adeyemi (2022) were once again unconvincing.