Train while waiting for the rest 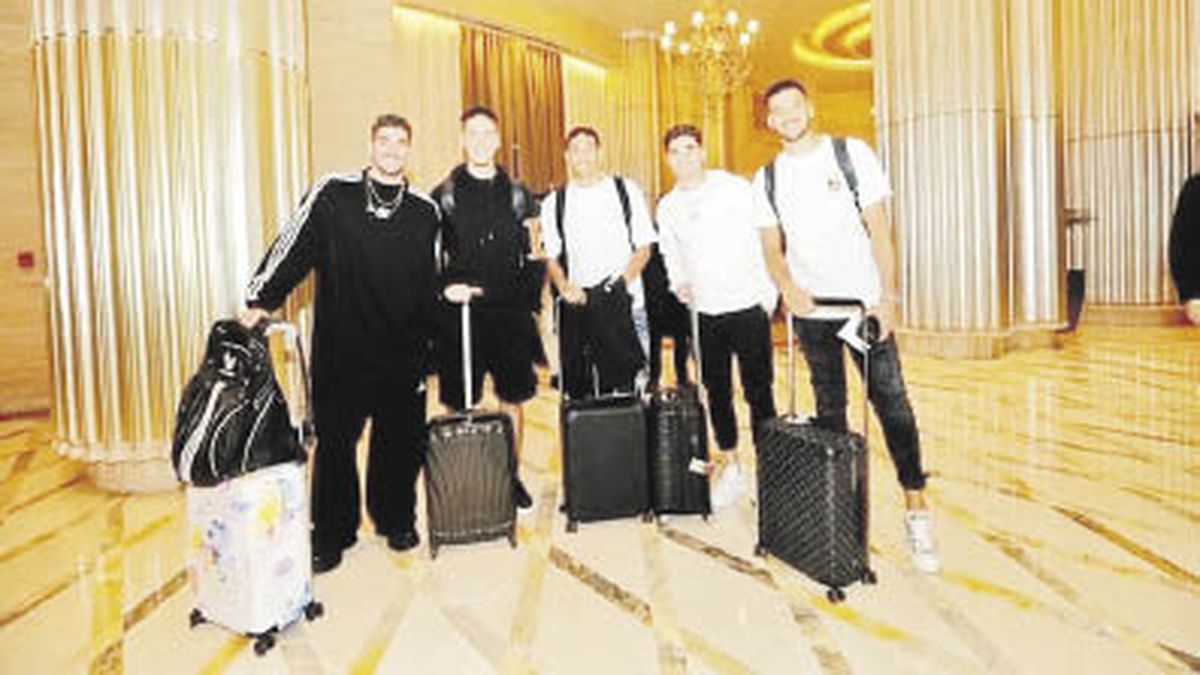 The four soccer players who were under the orders of coach Lionel Scaloni -Franco Armani, Cristian “Cuti” Romero, Guido Rodríguez and Germán Pezzella- practiced at the Al Nahyan stadium.

As detailed by the official website of the Argentine Football Association (AFA), Rodríguez and Pezzella “carried out pre-competitive and definition exercises with Professor Luis Martín” and Romero “carried out regenerative tasks.”

Armani, for his part, “carried out tasks typical of the position with the youthful Federico Gomes Gerth” on the second day of training for the footballers who are already preparing for the World Cup.

Hours later, players from Villarreal from Spain, Foyth and Rulli, from Atlético de Madrid De Paul and Molina, and Julián Álvarez, from Manchester City from England, arrived after closing the season with their teams. Exequiel Palacios from Germany did the same.

Rodrigo de Paul expressed his satisfaction after his inclusion in the squad of the Argentine national team that will play and his partner, the singer Tini Stoessel, congratulated him through social networks.

“The dream came true. I cannot describe what it feels like to be able to represent my country in a world cup, but I can tell you that we will leave our souls so that each Argentine feels proud of how we will carry our flag”, wrote the Atlético de Madrid player in his Twitter account. Instagram. And he added: “Now yes, more together than ever.” He also published a photo of himself with the Argentine shirt and playing the anthem.

Among the thousands of comments that followed the publication, that of her partner, Tini Stoessel, stood out beyond the rumors of separation: “I am very proud and happy for you. I congratulate you from the bottom of my heart, ”she wrote to him.

Several of his teammates also told him: “And what still remains to be done together,” replied Leandro Paredes; Paulo Dybala gave him a red heart; Ángel Di María, some “emojis” of applause; and the “Dibu” Emiliano Martínez closed with an effusive “Come on brother”.

In the next few hours, in addition, the rest of the members of the team will join to complete the squad chosen by Scaloni for the World Cup.

The schedule of the Argentine National Team will continue with an open training session today, while tomorrow the DT will already work with the full squad.

In addition, on Wednesday they will play the friendly against the United Arab Emirates led by Rodolfo “Vasco” Arruabarrena and, once the match is over, they will leave for Doha, where they will wait for their debut in the World Cup against Saudi Arabia.

Argentina will debut on Tuesday the 22nd, starting at 7, against the Middle Eastern country, then on Saturday the 26th, at 4:00 pm, it will face Mexico and close its participation in group C against Poland on Wednesday the 30th.