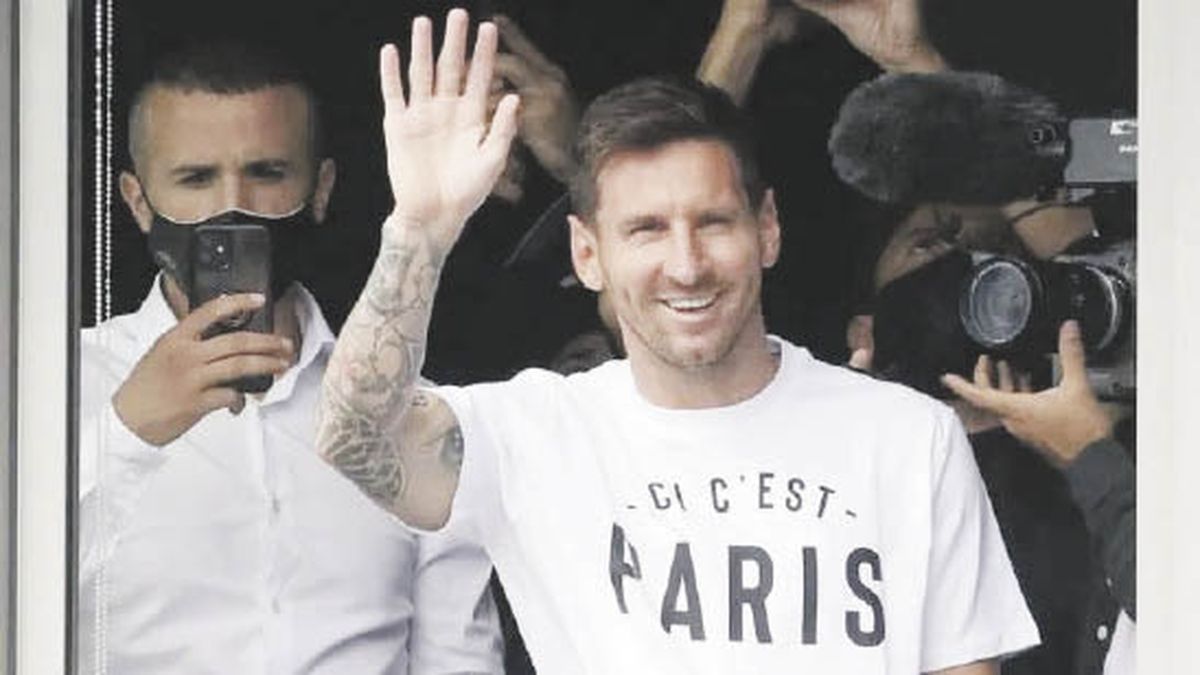 On Sunday the number of players who placed themselves under the orders of lionel scalonibecause Franco Armanithe first and only of the 26 that plays in Argentine soccer, first joined Guido Rodríguez, German Pezzella and Cristian Romeroand already added Gerónimo Rulli, Juan Foyth, Rodrigo de Paul, Nahuel Molina, Julián Álvarez and Exequiel Palaciosin that order.

The schedule of the Argentine National Team will continue with an open-door training session this Monday morning with Lionel Messi, while on Tuesday the DT would already work with the full squad.

In addition, on Wednesday they will play the friendly against the United Arab Emirates led by Rodolfo “Vasco” Arruabarrena and, once consummated the match, will leave for Dohawhere he will wait for the debut in the World Cup against Saudi Arabia.

Argentina will begin its journey in the World Cup on Tuesday, November 22, starting at 7:00 a.m. against the Middle Eastern country, then on Saturday the 26th, at 4:00 p.m., it will face Mexico and close its participation in group C against Poland on Wednesday, the 30th.

How were the last games of the Argentines?

The last date of competition in the European leagues yielded very good results for the Argentines, starting with a fully-fledged Lionel Messi at PSG and the promising return of Paulo Dybala to Roma after 35 days, where he was fully recovered physically and at a great football level one week before the start of the World Cup in Qatar.

Messi and Dybala were surely the ones who brought the greatest joy and peace of mind to the coaching staff of the Argentine national team headed by Lionel Scaloni, both for the reasons mentioned and because when both arrive tomorrow in Abu Dhabi they will be fully prepared to serve the team.

In fact, they will be part of the open evening training session that the team will hold this Monday as a preview of next Wednesday’s friendly against the local United Arab Emirates, led by the Argentine coach, Rodolfo Arruabarrena, before traveling to settle permanently at the University of Doha. where it will share land (but not facilities) with Spain during the World Cup concentration.

Messi played until half an hour into the plug-in against Auxerre, in the 5-0 win over Paris Saint Germain, and in that period he hit a shot at the right post and placed an exquisite clearance for Nuno Mendes so that he would enable Kylian Mbappé for the first goal.

For his part, Dybala played the final 25 minutes of Roma’s agonizing draw at home against Torino, 1-1, and turned in an outstanding performance, especially considering where he came from.

Always playing with precision, playing without fear, facing, assisting, causing a penalty and his team’s goal after a stacked “at Messi”, from right to left, which ended with a left-footed shot to the crossbar whose rebound was taken by Nemanja Matic for the ultimate equality.

And as for the penalty he caused, surely influenced by the fact that the injury he suffered to his left femoral biceps and almost knocked him out of the World Cup, was caused by a shot from 12 steps, he gave the execution to Andrea Belotti, who ended up crashing him against the right post when the first minute of discount was played.

The other Argentine players who closed their participation today were, in the Premier League, Emiliano Martinezresponsible with a short start with the foot of the goal of his compatriot Alexis MacAllister (again with great production, he emerges as a candidate to take over from Giovani Lo Celso) after 49 seconds, in what was the earliest goal by a Brighton & Hove player in the history of the English league.

Then “Dibu” vindicated himself with some good saves and finally Aston Villa ended up winning 2-1 and returned to victory as a visitor after six months.

But the one who continued to show that he is at a very high level and deserves a place among the 11 Argentine starters was Lisandro Martínez, Manchester United figure in the 2-1 away win against Fulham.

The former Defensa y Justicia is playing second center back but, due to his left-footed condition and since Marcos Acuña arrives at the World Cup suffering from bothersome groin pain, he could be a good alternative for Nicolás Tagliafico as a left-back, a position that he was able to fulfill successfully in the Dutch Ajax. And in the future they even form a good tandem for that sector with the youthful Alejandro Garnacho (today he scored the agonizing goal of the win).

For its part, in Italy it had another good production Lautaro Martinez in Inter’s away win over Atalanta 3-2. “Toro” provided Edin Dzeko with a header and in the same way forced the goal against his compatriot, José Luis Palomino, who had paradoxically converted the second both for Atalanta, and that it was the third for Inter. He was replaced seven minutes from the end by his teammate, the Tucuman Joaquin Correa.

And at the end of Sunday, the last two members of the team who saw action were Angel Di Maria and Leandro Paredes in Juventus’s 3-0 home win over Lazio.

Di María entered 15 minutes into the match for the author of the first two goals for the Turin team, Moise Kean, while Paredes played in the final five, “Fideo” with his usual mobility and the former Boca Juniors with little action in the very short time he was on the court.