The fans in Qatar surrender at the feet of Lionel Messi The man from Rosario participated alongside the group and when an hour of work was done he took off his boots and sat on the field of play to watch the shots from his teammates so as not to demand his physique after the wear and tear from the flight from Paris .

Messi, relaxed and smiling, was the main attraction for the fans, who covered a large part of the available capacity (15,000 seats). The fans celebrated every touch of the star and his goals in the definition exercises as if they were from an official match.

At least five people wanted to enter the field of play to get closer to Messi, which forced the intervention of the security forces that participated in the operation. 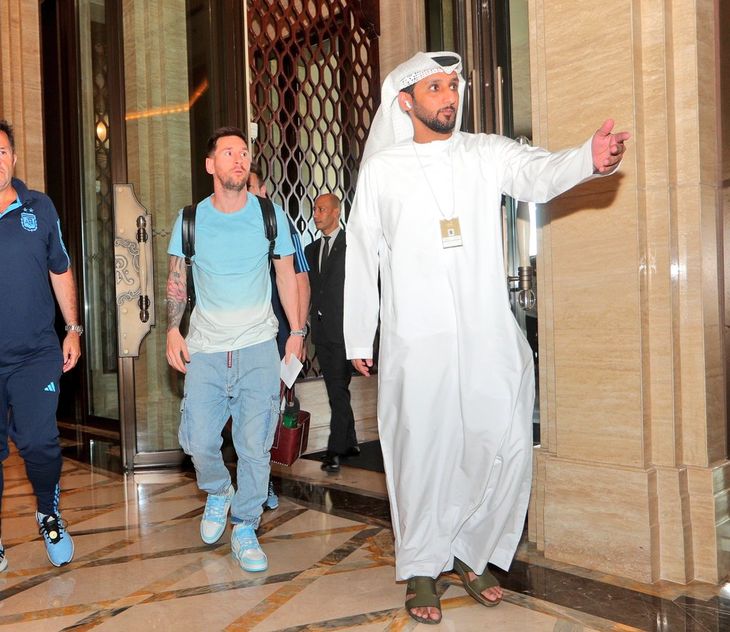 Tickets were sold out for Wednesday’s friendly and Mohammed Bin Zayed Stadium will be packed with 40,000 spectators.

The selected team’s agenda will continue this Tuesday with another training session, but behind closed doors, with the 26 members of the squad, and a press conference by Lionel Scaloni (at 9 in Argentina).

On Wednesday at 12:30 p.m. (always from Argentina) will be the friendly against the United Arab Emirates, led by the Argentine Rodolfo Arruabarrena, which will be the last before the debut on November 22 against Saudi Arabia in Lusail for Group C of the Qatar World Cup.