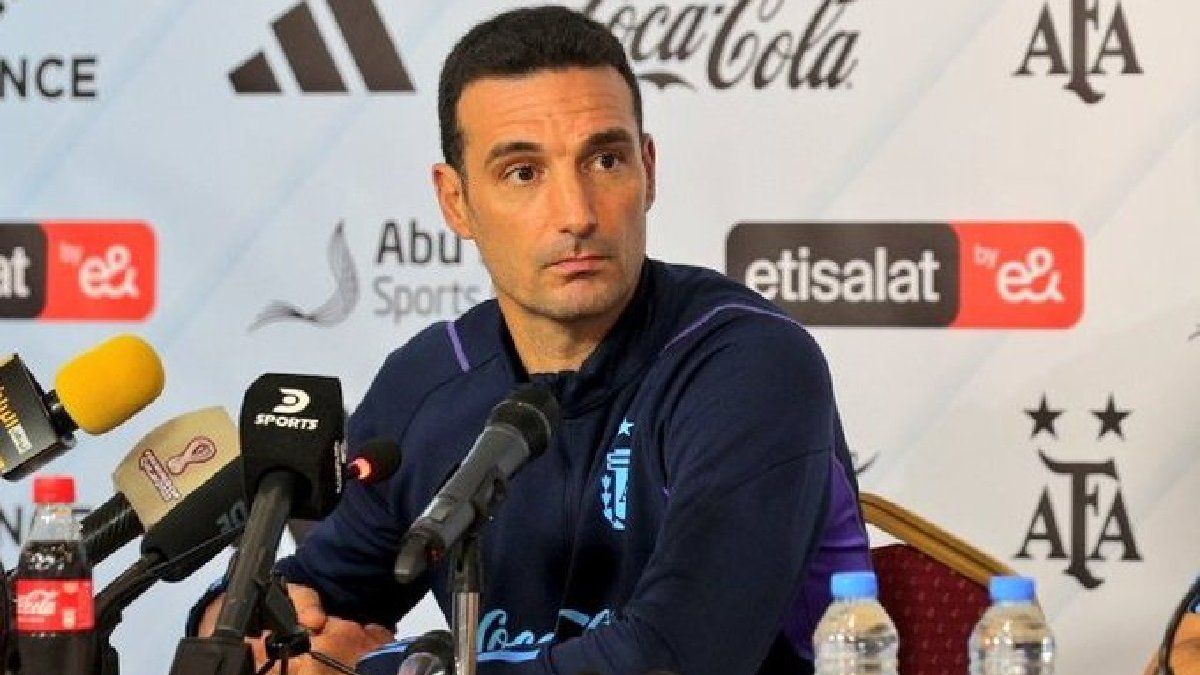 When asked about the absence of the midfielder Angel Correa on the payroll, the technician pointed out: “We made the list thinking of the best for the team as always. It was logical that good players would be left out in a National Team like Argentina. Beyond names, we have formed a group and we all have enormous appreciation for them.”

“We had the possibility of taking 26 players and, given the small details and inconveniences that some have, we chose to make it that way. We had a clear idea. We are happy and well, although the moment of making the decision was not easy”continued scaloni at a press conference he gave this Tuesday.

In addition, he referred to the absence of Giovani Lo Celso due to injury and the chance to change the scheme: “We have played without him. At a football level, we don’t have a player similar to him in the team, he is left-footed and he covered that sector of the field well for us. It will depend a lot on what we look for in each game, sometimes it will be an interior, a winger or a striker standing there. A team is built when they have the ball, regardless of how many players we have in defense or attack”.

As to Messistated: “I see Leo as always. Well, wanting to enjoy the World Cup, his teammates, the training sessions and the stay. The process is important.”

At the same time, scaloni talked about the situation Paulo Dybalawho arrived with just enough due to physical problems: “There wasn’t so much talk with Dybala, only one when the injury happened, but afterward the evolution was favorable and we were calm. His club and his coach have handled him very well. For us he is a joy, he is a boy that we appreciate and who deserves the chance to be.”

About the fact that he will be the youngest coach in the world Cupanswered: “We enjoy it in our own way, without taking on unnecessary weight. In every World Cup there is a young coach and in this one it was my turn. I am happy to be in charge of this great group.”

In that line, he added: “The coach has to be the example of the group, with what he does both on and off the pitch. My goal is to transmit that. I don’t have any pressure, we’re going to play a World Cup. We’ll try to do our best in our own way, but anything can happen”.