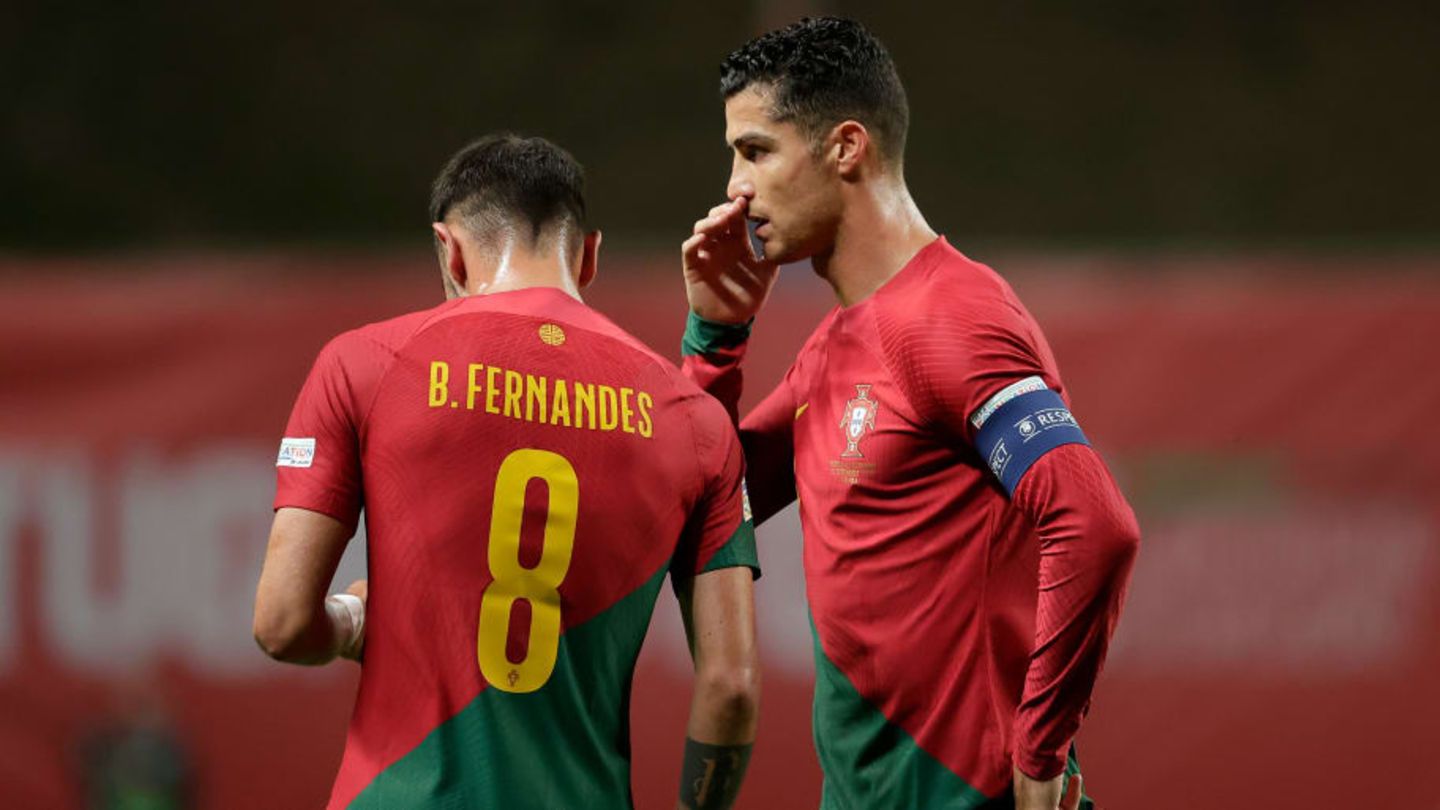 Bruno Fernandes doesn’t seem to have taken well to Cristiano Ronaldo’s explosive interview. The Manchester United vice-captain gave the superstar a frosty greeting as he reported to training ahead of the upcoming World Cup in Portugal.

A video released by the Portuguese Football Federation showed Fernandes arriving at the national team’s training ground. Ronaldo was already there, trying to greet his club-mate – but Fernandes was reluctant, warming up noticeably with the others in the dressing room.

Earlier in an interview, Ronaldo had sharply criticized Manchester United, accusing the club of not developing further and saying he had no respect for head coach Erik ten Hag.

Portugal midfielder Joao Mario was doing his best to quash rumors of tensions between Ronaldo and Fernandes when asked to comment on the call.

“I was in the dressing room at that moment,” he said at a press conference. “I saw the video, it’s funny because it can be interpreted in different ways, but it was a joke between the two. Bruno was one of the last to arrive and Cristiano asked him if he had come by boat.”

“I think the pictures can be interpreted differently, but it was a joke between the two. I think they have a good relationship because they play together. I saw them all day yesterday. There is no problem between them .”

Fernandes is known for being very close to Ronaldo and has adored the five-time Champions League winner long before they became first internationals and then club-mates.

But the vice-captain is also known for being fiercely loyal to the club. Fernandes appears to have been placed in a difficult position by Ronaldo’s interview, both in terms of timing and content.

All about Man United and Cristiano Ronaldo