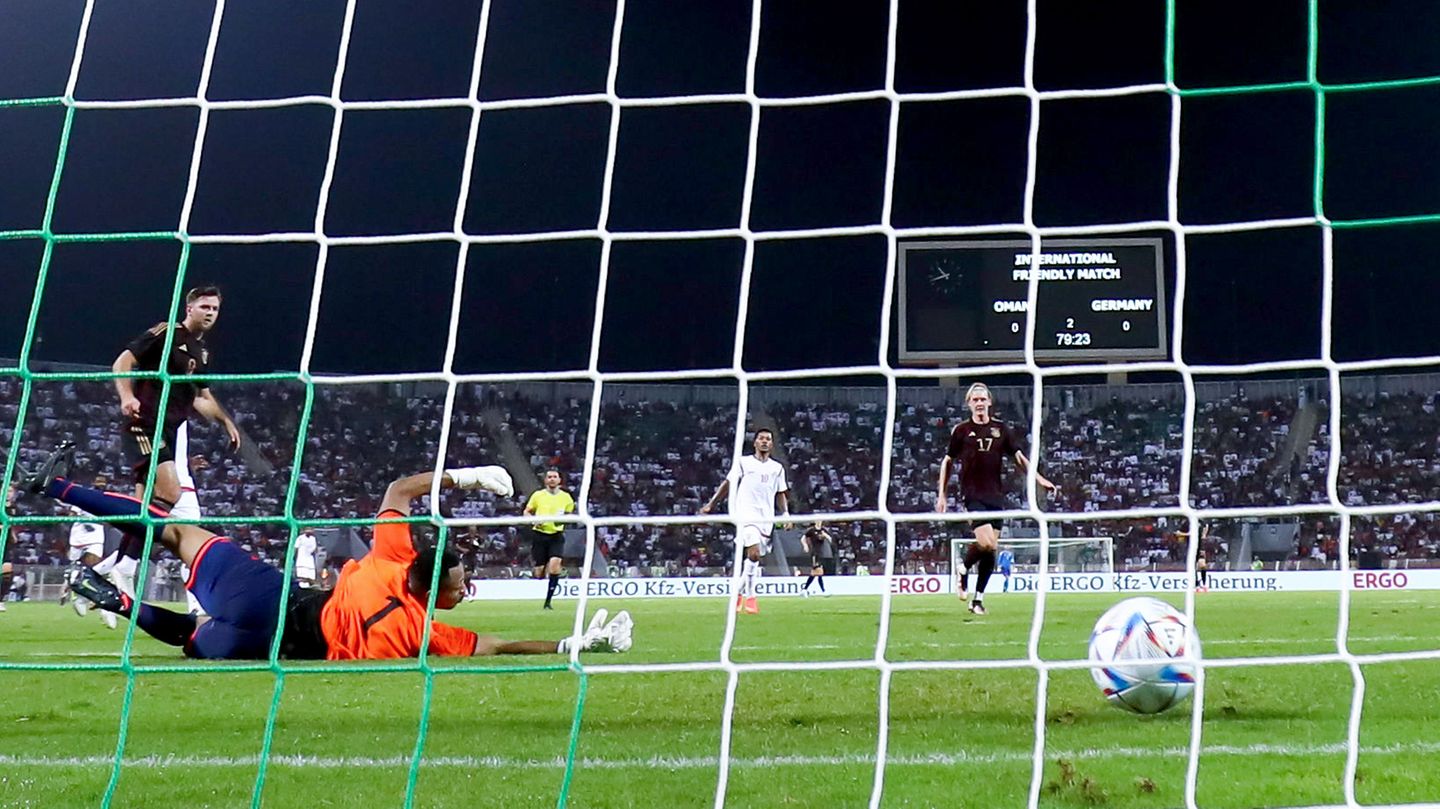 The German national soccer team won their last preparatory game for the World Cup in Qatar 1-0 against Oman – and millions watched.

The World Cup preparation game between the German national soccer team and Oman met with only moderate interest on television. According to the Video Research Working Group, an average of 4.26 million viewers watched the 1-0 victory of the DFB team early on Wednesday evening. According to the broadcaster RTL, the broadcaster thus achieved a market share of 19.3 percent.

Oman vs Germany found more spectators in the second half

Viewer participation increased from around 3.7 million in the first half to around 4.8 million in the second half. There can be no question of a TV boycott of the World Cup matches in Qatar or of hardly any interest in the DFB team – but the numbers do not speak for real hype either.

Squad of the future – that is the German squad

In the past, national games sometimes attracted twice as many television viewers. However, the games usually only start at TV prime time after 8 p.m. The game against Oman, on the other hand, kicked off at 6:00 p.m. (CEST) and thus took place at the weaker time before the evening.

Germany won 1-0 against Oman after 80 minutes with a goal by Werder Bremen striker Niclas Füllkrug, who made his international debut. The World Cup in Qatar begins on Sunday evening with the hosts’ game against Ecuador (5 p.m. CEST). The DFB team is in demand for the first time next Wednesday. It’s 2pm CET against Japan, followed by Spain on 27 November (Sunday) at 8pm and Costa Rica at the same time on Thursday in the group stage.

Most of the tournament’s matches will be broadcast alternately by ARD and ZDF on free TV. The Telekom broadcaster Magenta TV shows all encounters, but only for paying customers.