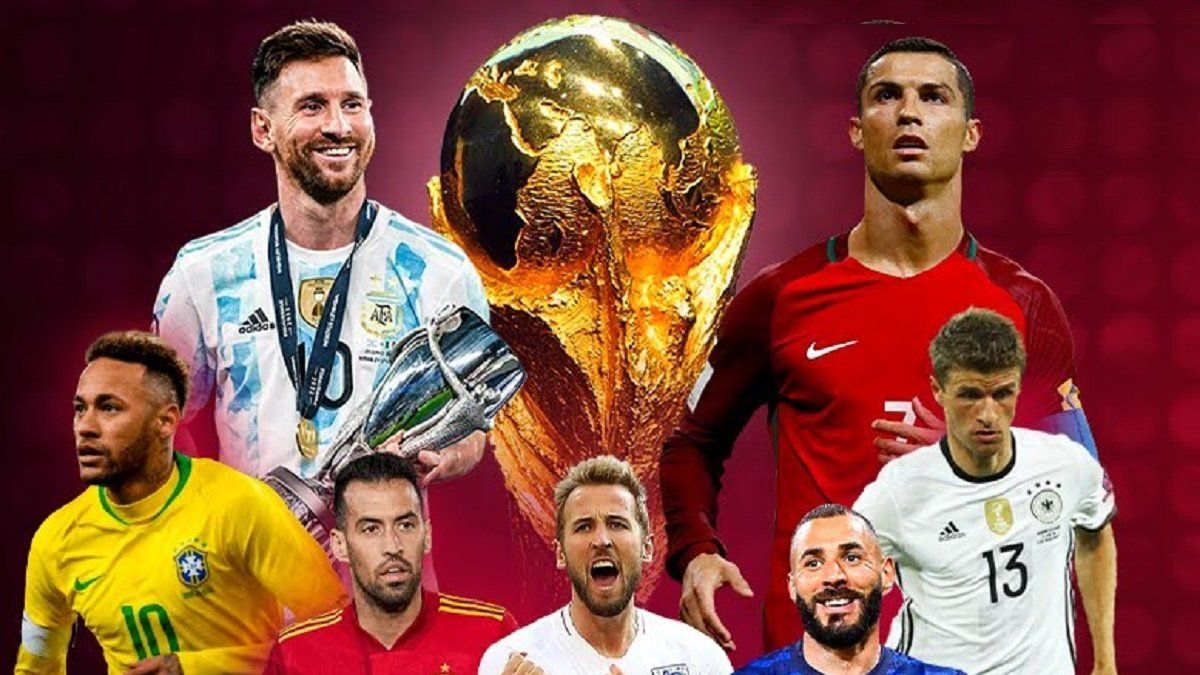 The team led by Tité wants to win its sixth world title in the Middle East, something it hasn’t achieved since Korea-Japan 2002. The Brazilian team is the top candidate in the betting houses due to its great offensive power, with Neymar as a reference . In addition, he has a great goalkeeper and variants in defense and midfield.

Scaloni’s team arrives at the World Cup with the greatest undefeated record in the world among national teams, in 36 games, which will be able to match and surpass the historical maximum during the competition (37, from Italy). The “Albiceleste” also arrives in Qatar with two titles under their arms: Copa América 2021 and Finalíssima 2022. And as if that were not enough, they have Lionel Messi as a figure, captain and benchmark. For all this, Argentina is one of the great candidates in Qatar 2022, where they will seek their third world title.

The current world champion will seek to defend and revalidate his crown in Qatar at the hands of superstars such as Mbappé and Benzema, the last winner of the Ballon d’Or. Deschamps’ team lost references such as Pogba and Kanté, but has elite players everywhere, especially in defense and attack. For something the bettors have a lot of faith in him. In the Middle East the French will seek their third World Cup.

The Southgate team arrives in Qatar with a good structure that comes from finishing runner-up in Euro 2021. With several figures from the Premier League, such as the scorer Harry Kane, the English team is positioned as one of the candidates and will seek to give the great coup in Qatar They want to cut a long black streak without titles: their only star was in 1966, when they were local.

“La Roja”, led by Luis Enrique, arrives as a candidate for its association football and the quality of its players. After being left out in the first round in Brazil 2014 and in the round of 16 in Russia 2018, his goal (and obligation) is to change his image and fight until the end. Despite leaving figures like Sergio Ramos and Thiago Alcántara out of the call, the bookmakers trust the Spanish team. In Qatar 2022 he will look for his second title.

Already named the main candidates to win the World Cup, we now name the other teams that must be taken into account and closely followed in the face of the maximum tournament:

As always, a lot of attention and respect must be given to Germany, with the Bayern Munich player base and the coach who won the Champions League in 2020 with the Bavarian team. In Qatar they will seek nothing less than their fifth world title.

Portugal, with Cristiano Ronaldo as a reference, is another of the European teams to take into account. The Portuguese arrive in Qatar with possibly the most talented squad in their history. His coach, Fernando Santos, is questioned, but he will seek to repeat the glory he already achieved at Euro 2016.

Holland He will seek to surprise again with his colorful and dynamic football, led by Van Gaal. The “Clockwork Orange” has players of great quality and hierarchy such as Van Dijk, Depay and De Jong. Although he never emerged world champion, he always reached decisive instances.

Last but not least, Uruguay they will want to revalidate their famous “charrúa claw” that led them to obtain two world titles. With Suárez and Cavani as great references, the “Celeste” has a new generation of great young footballers. No one should underestimate them.