Who are the top scorers for the National Team in the World Cups? 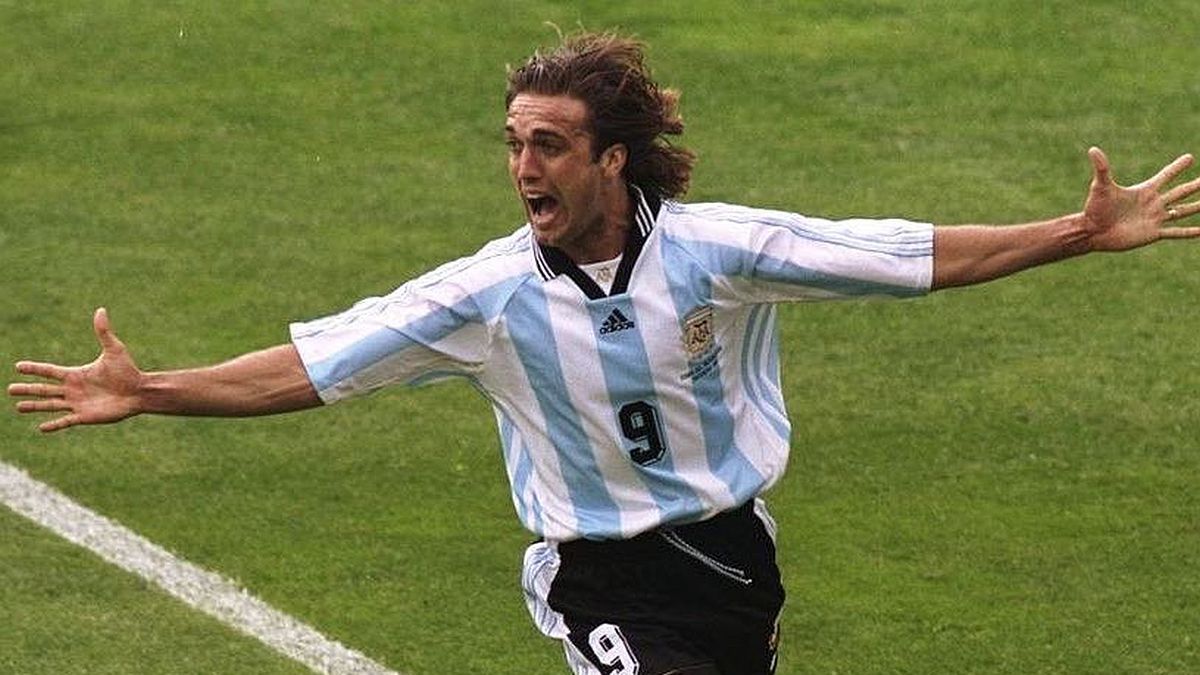 This is the list of the most important white and blue goalscorers in the World Cups, with one that will be present at the World Cup in Qatar:

The “Bati” is the top scorer of the Argentine National Team in World Cups. Despite having played only three editions, the lethal forward scored four goals in the United States 1994, five in France 1998 and one in Korea-Japan 2002.

In 1994 he made his debut with a treble against Greece and scored a goal in the round of 16 in the fall against Romania. In 1998 he scored a hat-trick again, this time against Jamaica. He also scored against Japan and England. Finally, in Korea-Japan 2002, where the National Team left in the group stage despite arriving as a candidate, he “vaccinated” Nigeria.

Diego Armando Maradona appears among the top scorers for Argentina in the World Cup. In his World Cup debut, in Spain 1982, he scored two goals, while in Mexico 1986 he scored five times in what was the best individual performance ever seen in a World Cup.

Four years later, in Italy 1990, he did not score goals but he starred in iconic moments such as the great assist for Caniggia to beat Brazil 1-0 in the round of 16. His last celebration with the Argentine shirt was in the US in 1994, when he scored a great goal against Greece in his debut.

Guillermo Stábile, for his part, was only part of the Argentine National Team in Uruguay 1930, the first World Cup in history.

There he was the top scorer of the tournament, with an incredible eight goals in four games.

In Teutonic lands he scored a goal against Serbia and Montenegro in the 6-0 win, while in South Africa he could not score. In Brazil 2014 he stood out mainly in the group stage, where he scored four times, and in Russia 2018 he could only score against Nigeria.

In Qatar 2022 he will have perhaps his last chance to become the top Argentine scorer in World Cup history.

He scored all his goals in the 1978 edition, where he was the great figure and scorer of the tournament. Four of them were in the second phase (two to Poland and Peru), while the other two were in the final against the Netherlands.

“Pipa”, who represented the Argentine National Team in South Africa 2010, Brazil 2014 and Russia 2018, had an outstanding participation in the first World Cup to be played in Africa. On that occasion he scored a hat trick against South Korea in the group stage and scored against Mexico in the round of 16.

At Brazil 2014 he scored the winning goal against Belgium in the quarterfinals, while at Russia 2018 he was unable to take advantage of the few minutes he played to score.

Those who close the list are Daniel Bertoni, Claudio Caniggia, Hernán Crespo, René Houseman, Leopoldo Luque and Jorge Valdano, with 4 goals each.