Bayer 04 Leverkusen in check: The tops and flops of the first half of the season 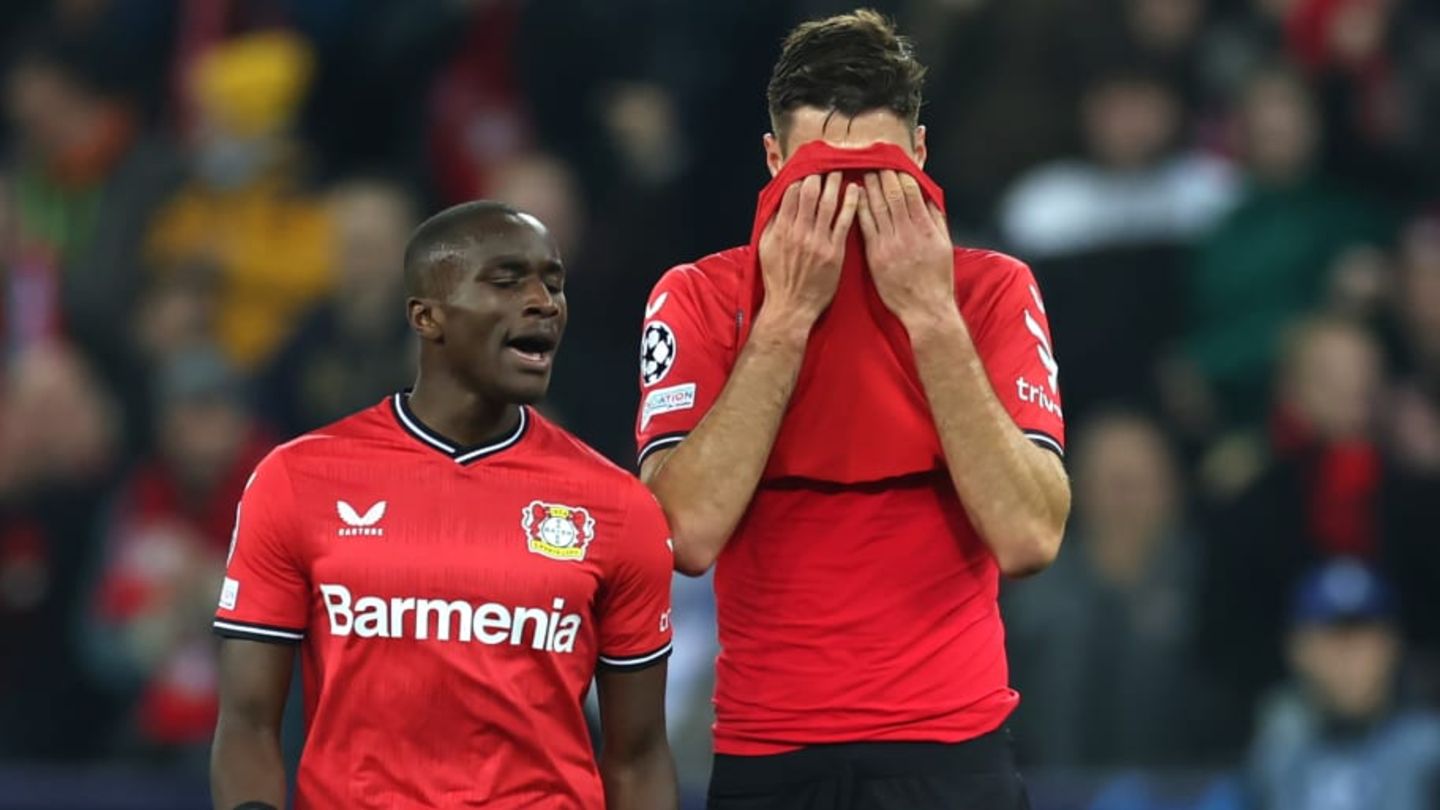 Bayer 04 Leverkusen disappointed in the first half of the season: only Diaby and Frimpong were convincing, whereas Schick was very weak

is one of the biggest disappointments of the first half of the season. The Werkself, who were actually top-ranked, couldn’t get going at all and even lingered in the relegation zone for a while. Only three wins in a row before the winter break eased the situation a little. We take a look at Bayer 04’s tops and flops.

The tops of the first half of the season

From Bayer 04 Leverkusen’s point of view, there haven’t been many bright spots in the past few months. Jeremie Frimpong is perhaps the biggest exception. The dynamic and offensive right-back knew how to convince in most games and was – although he is a defender – offensively one of the few sources of danger. During the first half of the season, Frimpong scored five Bundesliga goals, making him Leverkusen’s second-best scorer after Diaby. While the focus of Frimpong’s play is offensive, he has by and large fulfilled his defensive duties as well. It’s not the fault of the young Dutchman that the Werkself are in a completely disappointing twelfth place in the table.

Calling Moussa Diaby a top is actually pretty bold. After all, the highly talented Frenchman hasn’t used his potential often enough. However, you have to think about where the Werkself would be without the winger. Aside from Frimpong, Diaby was practically the only player from Leverkusen who repeatedly caused problems for the opposing defence. Eight competitive goals and four assists are ultimately a very good record, although it is also clear that Diaby can still do a lot more. The 23-year-old was definitely responsible for the recent upswing with six goals in the last seven Bundesliga games.

Actually, it was not at all to be expected that Amiri would be able to play a bigger role at Bayer 04. The midfielder has endured a disastrous loan spell at Genoa and was set to leave the club. However, since no buyers were found, he ultimately stayed in Leverkusen. Under Seoane, Amiri only saw brief assignments, but his standing changed under Xabi Alonso. Amiri has played regularly in the last six games and recently scored against Union Berlin and 1.FC Köln. It’s finally going uphill again.

The flops of the first half of the season

Quite a few expected Patrik Schick to be at the top of the Bundesliga top scorers list after the departures of Robert Lewandowski and Erling Haaland. So far, however, the technical center forward has not lived up to this claim in any way. Schick missed numerous chances to score in the first half of the season and became a symbol of the poor performances of the Werkself. In the course of the last few weeks, adductor problems have also made things difficult for him. Accordingly, the striker was only rarely used towards the end of the first half of the season. The bottom line is that Schick only scored three competitive goals and looked largely like a foreign body. After all, the motto for the actual top striker is: “It can only get better in the second half of the season.

Callum Hudson-Odoi has been one of the most sought-after attacking talents in European football in recent years. FC Bayern tried in the person of Hasan Salihamidzic several times in vain to lure the young Englishman to the Isar. However, with Hudson-Odoi stagnating in England, Bayer 04 were awarded the contract on loan in the summer. In a generally weak Leverkusen offensive, Hudson-Odoi could not shine either. Apart from a few good approaches, the youngster fell well short of expectations. The winger has played 15 games and was only able to score two points. It is currently uncertain what will happen next with the Englishman. Chelsea could already activate a return clause in winter, but Bayer 04 would like to keep him.

Actually, one would have thought that the central defender would finally have made it into the international top class after his strong last season. Accordingly, his completed first half of the season can be seen as a relatively clear setback. Tah shows too little presence and repeatedly allowed himself to drop out. As an experienced player by now, he should have been better able to stabilize the stumbling Leverkusen. It can’t be said that Tah has really fallen behind his peers, but you have to expect more from such a player. Since the Bender twins retired, there haven’t been many leaders left. Tah must actually claim to be one. In keeping with his mixed performances, he wasn’t nominated for the World Cup either.

The Iranian international failed to impress in his second half in a Bayer 04 outfit either. From the start, Azmoun showed little danger in front of goal and then injured himself in the middle of the first half of the season. The bottom line is 327 minutes of play, zero goals and two assists. However, these come from the first round of the cup, in which the Werkself beat Elversberg. When it comes to football, Azmoun has a lot on it, as his unfortunate performances in recent months have shown. But now something has to be done about it. Maybe the World Cup will help him get back on track.