The worst news for France: Benzema, out of the World Cup 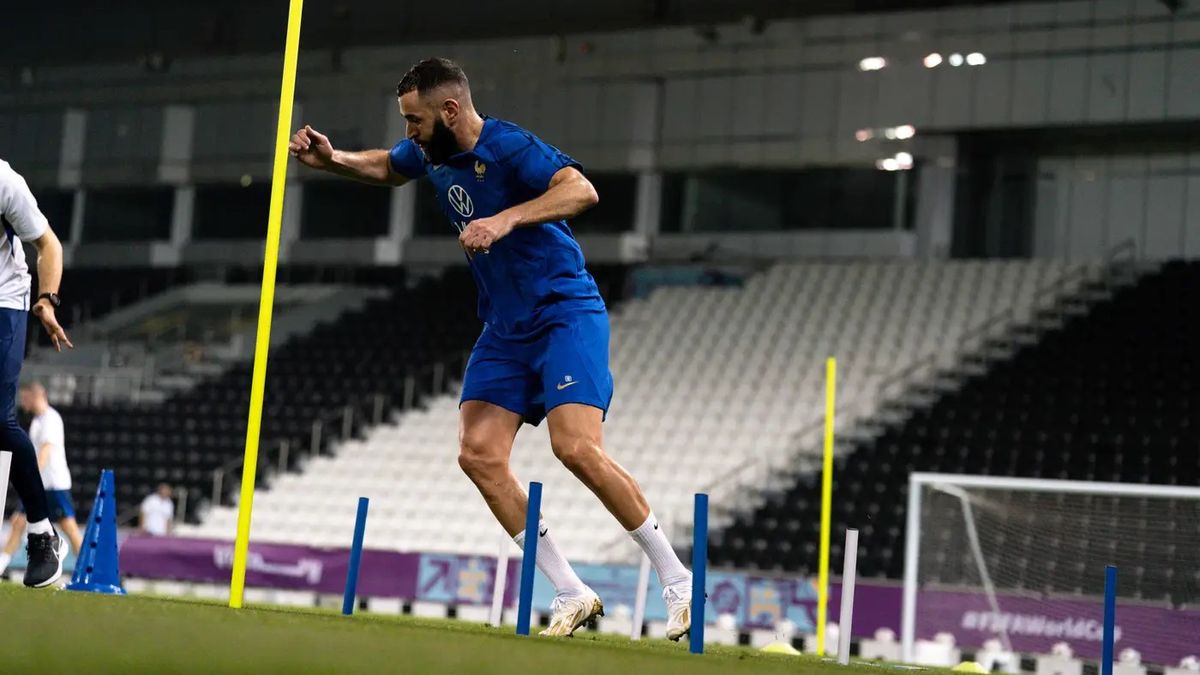 The news was confirmed by the French Football Federation (FFF) through an official statement, although his replacement has not yet been announced.

“Struck in the quadriceps of the left thigh, the striker of Real Madrid (Spain) is forced to give up participating in the World Cup”specified the FFF press release.

And I add: “An MRI was performed at a Doha hospital, which unfortunately confirmed a rectus femoris injury, which will require a three-week recovery period. After having exchanged with Dr. Franck Le Gall, Didier Deschamps disaffected Benzema to the cup”.

“‘I am extremely sad for Karim, who made this World Cup an important goal. Despite this new blow to the French team, I have full confidence in my group. We will do everything possible to meet the enormous challenge that awaits us. ‘, said the selector”, closed the report.

Benzema, last FIFA Ballon d’Orhad abandoned practice at the Jassim bin Hammad stadium in Doha, and, in principle, his participation in France’s debut, on Tuesday against Australia (Group D), had been ruled out.

The scorer, who had joined the normal tasks together with the defender Raphael Varane, had been seen in “optimal condition” during the 15 minutes of training that the press was able to witness by FIFA order.

However, halfway through practice, the striker “had to desert the session, with a limp”, and at night the FFF confirmed the rumor that had been growing: Benzema will not play in the Cup.

The scorer’s is the third drop in weight for the world champion, who will not be able to count on midfielders Paul Pogba and N’Golo Kanté, both injured.

In addition to Australia, his first rival, the French national team will face Denmark and Tunisia.