Qatar stadium built with 974 CIMC containers: a milestone in sustainability 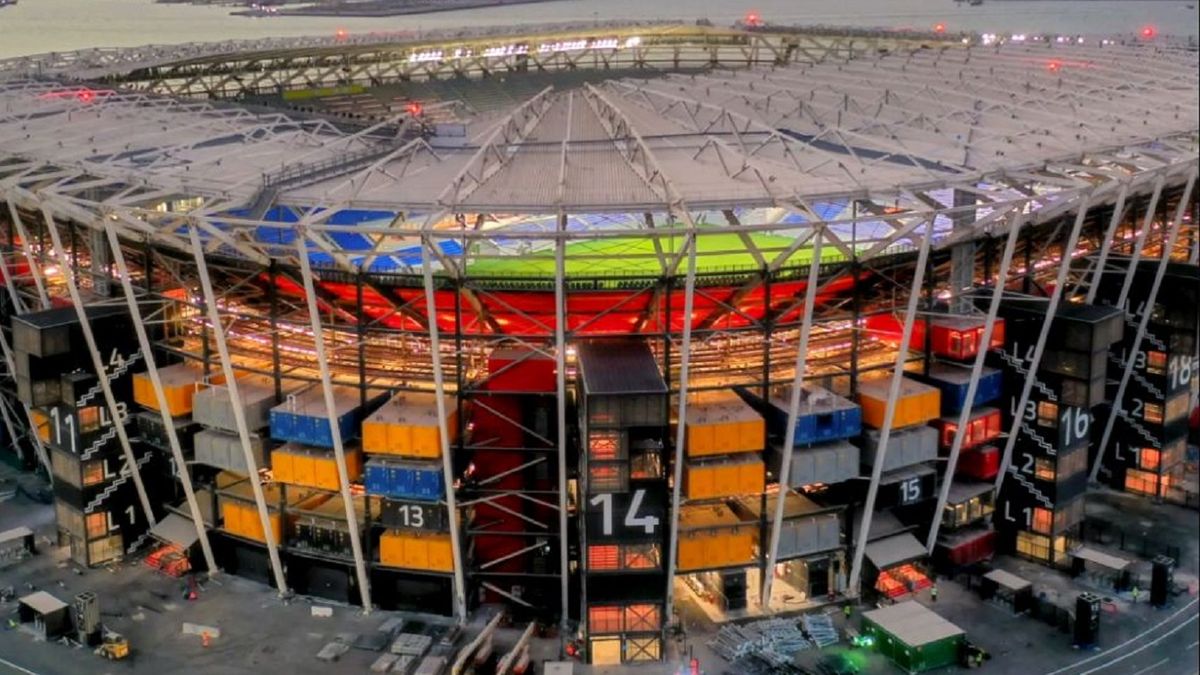 About the “974 Stadium” the secretary general of the Supreme Organization Committee, Hassan Al Thawadi, said: “We consider the innovative design a legacy for future hosts of mega events of this type,” he said. And he added “after hosting matches for the largest sporting event ever held in this region, will be completely dismantled, with the containers and other parts used to create new facilities in Qatar and around the world.”

Construction with containers requires less materials and consequently manages to create less waste, considerably minimizing the carbon footprint throughout the construction process. In addition, it reduces time and costs, being an efficient solution due to its multiple benefits. CIMC is the world’s largest “container” manufacturer, ranking No. 1 in the world for more than ten consecutive years. The containers used in this stadium have been specially “customized” by CIMC for Qatar.

In the production process, not only material issues had to be considered, but also a series of complex technologies, such as internal functions and general connections. Finally, with the joint efforts of CIMC Group’s R&D team, the manufacturing of all “974 containers” including specially adapted modules for disabled people was successfully completed.

For her part, Romina Parquet, CEO of the local CIMC subsidiary in Argentina, expressed “It is a pride to be part of a leading company, which demonstrates its capacity in the most important global event, such as the Qatar 2022 World Cup, where Not only is sporting talent at stake, but also the quality of infrastructure and services. In this sense, I want to highlight the innovative legacy of the “974 Stadium” promoting sustainability and solidarity at the same time, since a large part of these containers, post-worldwide, will be donated to underdeveloped countries, reaffirming our commitment to CSR programs”.