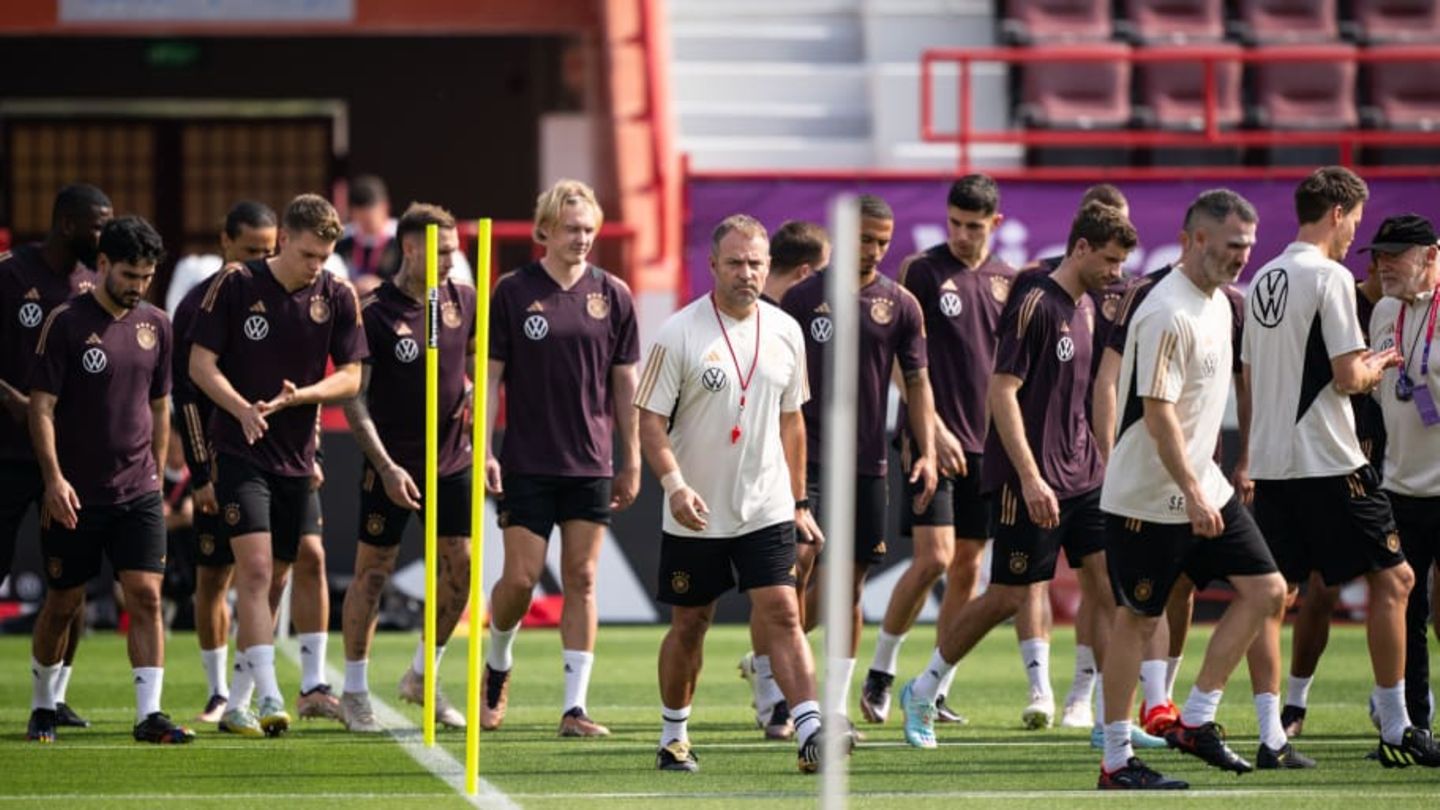 The German national team will train with 20 Qatari soccer players on Sunday as part of a “Freestyle Football Challenge”. The DFB announced this on Saturday.

The German national team will train with 20 Qatari soccer players on Sunday as part of a “Freestyle Football Challenge”. The DFB announced this on Saturday.

The training will take place in the DFB team’s World Cup training stadium in Al Shamal and is part of the Fifa “Community Events” in which all World Cup nations take part. The aim of the campaign is to increase the participation of women in football.

The national team’s foundation supported a similar DFB project in the Qatari capital Doha three weeks ago. 20 young women from the Middle East participated in an all-female format of the Future Leaders in Football workshop designed to help them further develop their leadership skills. The workshop was also attended by DFB President Bernd Neuendorf and Federal Minister of the Interior Nancy Faeser. With the projects, the DFB wants to contribute to “the hosting of the World Cup leading to sustainable progress in the host country, where women’s rights are restricted”, as the association’s statement says.

The Gender Gap Index of the World Economic Forum places Qatar in 142nd place out of 153 countries in terms of female health. In the field of political commitment by women, the emirate ranks 143. The proportion of employed women is loud Amnesty International only 37 percent.