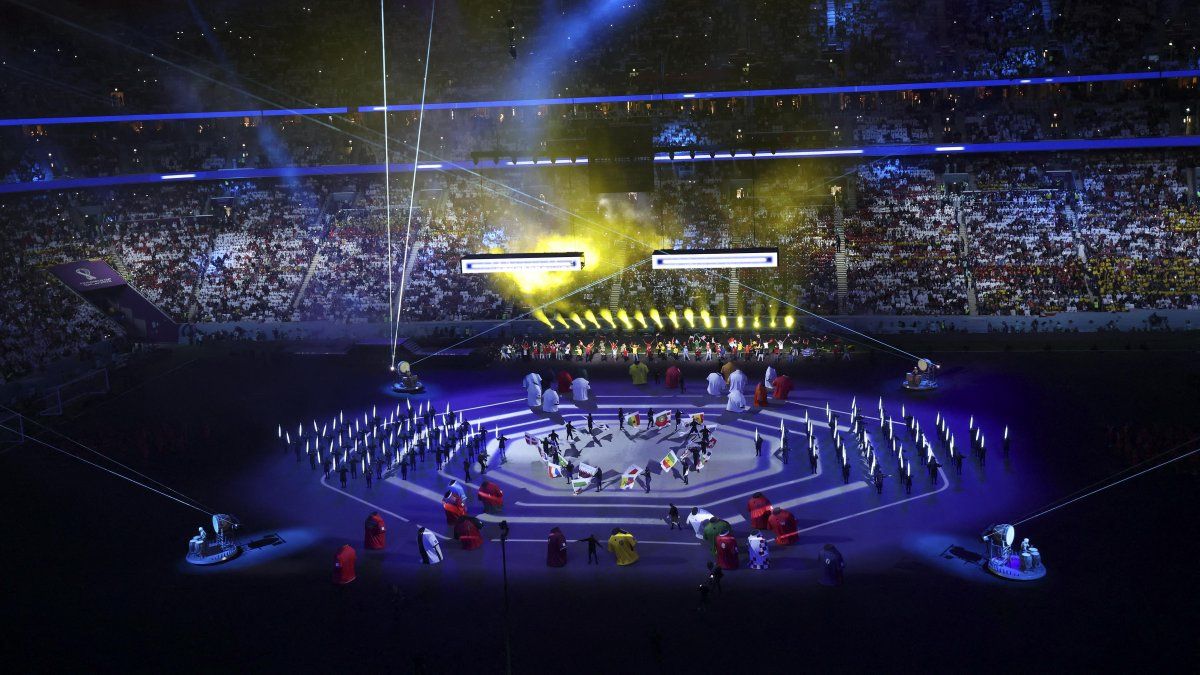 Present at the opening ceremony the Emir of Qatar, Hamad bin Khalifa Al Thaniand the president of FIFA, Gianni Infantinoon a stage with capacity for 60 thousand spectators.

The 30-minute opening ceremony was held at the spectacular Al Bayt stadium in Al Khor, the furthest from Doha, just over an hour’s drive from the center of the Qatari capital.

On a black background, the ceremony began with a nod to the traditional lifestyle in the desert, with some camels on some sandbanks that drew the map of the world.

With the narration of the American actor Morgan Freemanpresent in the stadium, the act became a tribute to the fans, with songs from all the fans and some giant shirts representing the teams present in this World Cup, in addition to the flags of the participating countries.

With a large yellow stain on one of the bottoms in some mostly black and white stands, the colors of the traditional clothing of the Qataris, the ‘dishdasha’ for them and the ‘abaya’ for women, without any areas reserved for the sexes, The ceremony continued with a tribute to the previous World Cups, with the mascots of each of the past editions.

Then Jungkook appeared on the scene, one of the seven members of the well-known South Korean group BTS, who performed ‘Dreamers’, one of the official anthems of this first World Cup in an Arab country, together with the Qatari singer Fahad Al-Kubaisi.

Music stars such as Dua Lipa and Rod Stewart had announced that they were resigning from participating in the opening ceremony.

The event was chaired by Sheikh Tamim ben Hamad Al-Thani, who gave a short speech to welcome his country, and by FIFA’s top official Gianni Infantino.

US Secretary of State Anthony Blinken will pay a two-day visit to Qatar, but he did not attend the opening game as his arrival is scheduled for Monday.

Denmark, one of the countries most hostile to the World Cup dispute in Qatar, reported that no member of its government or the ambassador was going to be present at the meeting.

Located about 50 km north of the capital Doha and inaugurated on November 30, 2021, the Al-Bayt stadium has a capacity for 60,000 spectators and takes its name from the ‘bayt al sha’ar’, the traditional shops used by the nomadic populations of Qatar and the Gulf region.

The match will face the host and current Asian champion (2019), Qatar, which is making its debut in a World Cup final phase, and Ecuador, one of the four representatives of Conmebol that in its fourth World Cup will try to at least equal its best result, the round of 16 final in Germany-2006.