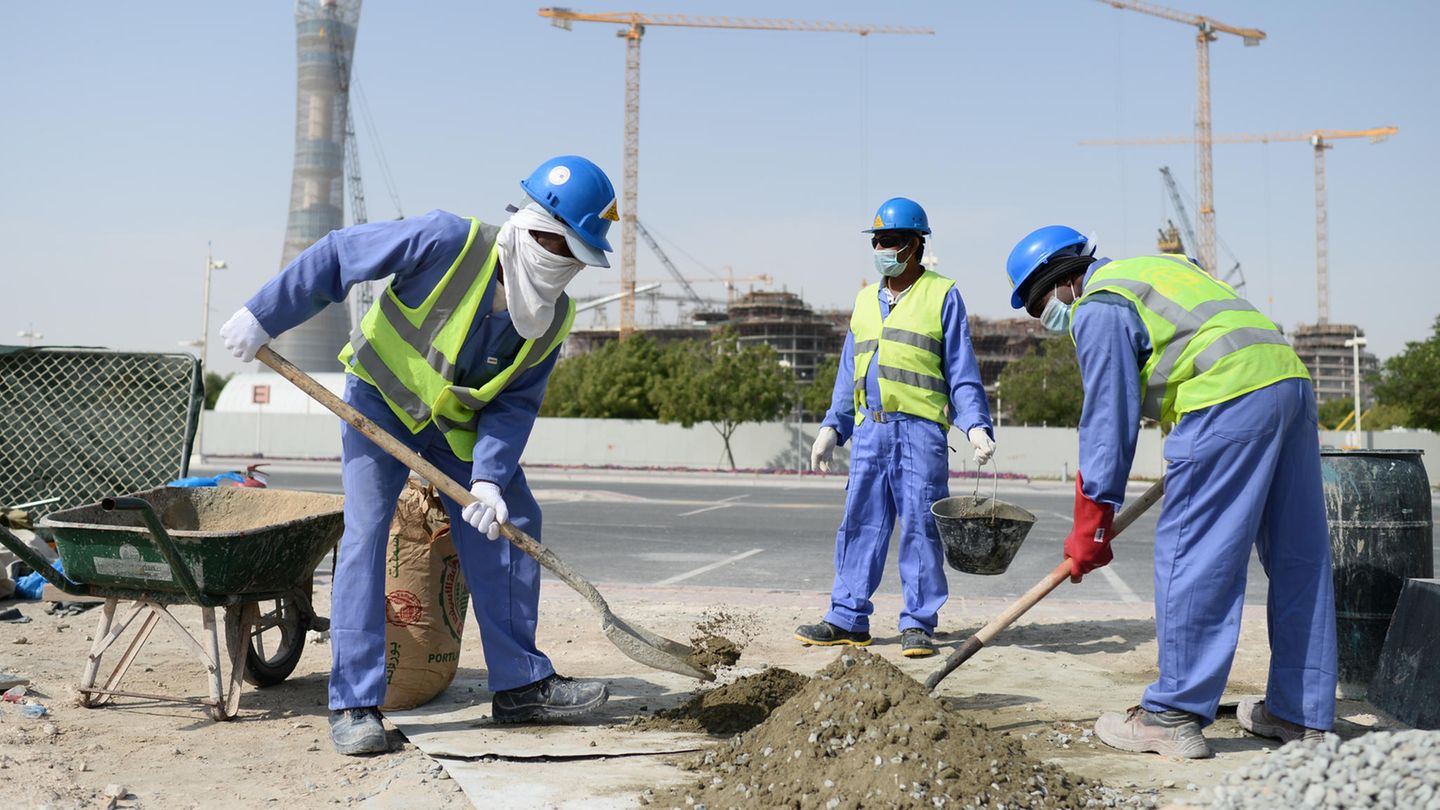 It was well known that the people on the stadium construction sites in Qatar had to work under inhumane conditions. Migrant workers report on their experiences – and feel abandoned.

“What an incredibly beautiful stadium,” enthuses Aupon Mir of the Chalifa International Stadium. The stonemason from Bangladesh knows the stadium in Doha, which will host eight World Cup matches, well because he laid the shiny marble inside. But he was never paid for his work, says Mir. “My foreman took our timesheets, took all the money and ran away.”

Mir is one of hundreds of thousands of foreign workers who built the stadiums and other World Cup infrastructure in Qatar. They moved to the small, wealthy Gulf state in the hope of earning much more than they could at home.

Mir hails from Sreepur in rural western Bangladesh. He borrowed money from relatives and put all his life savings into a trip to Qatar in 2016. He worked for an Indian construction company in seven of the World Cup stadiums, often ten hours a day in the scorching heat. Sometimes Mir had nothing to eat for days and when he couldn’t pay his rent he slept on the beach.

In 2020 he was arrested and deported because he did not have a valid work permit. “I came home with 25 rials (eight euros),” says Mir. “I had dreams of building a better house, living a better life and sending my children to better schools. But none of those hopes came true.”

“We belong to the company when we live”

Sravan Kalladi from India also reports on the inhumane conditions in Qatar. Kalladi worked with his father Ramesh for a company that built roads to the stadiums. Father and son shared a tiny room with up to six other men, “in which not even four people could sit properly,” says the 29-year-old.

Ramesh Kalladi worked as a driver. “He went to work at 3 a.m. and came back at 11 p.m.,” says Sravan Kalladi. After such a shift, the 50-year-old collapsed and died. The company paid one month’s salary in compensation for the father’s death. “We belong to the company when we’re alive, but not when we’re dead,” says Kalladi. “We trusted them, went to work for them and they let us down.”

Bangladeshi Babu Sheikh will never work on a construction site again. He fell four meters while working near Doha and fractured his skull. He was in a coma for four months; when he woke up again he was blind. He spent a total of one and a half years in the hospital, and the family had to pay for the treatment themselves. He has not received any compensation, says Sheikh.

Most of the time he sits quietly in the front yard of his house. On some days his son takes him to the market or to the tea stand. The boy is five and was born when his father was in Qatar. He has never seen him. “I don’t want to live like that,” says Sheikh. “I want to work. I can’t sleep all night because I’m worried about my family’s future.”

“The Qataris are good people”

Qatar has been criticized for deaths, serious accidents and wage fraud among foreign workers. The emirate introduced reforms to increase worker safety and punish employers for violators. Hundreds of millions of dollars in compensation were also paid. However, according to human rights organizations, these improvements came too late and are not enough.

Meanwhile, Abu Yusuf, who declined to give his real name, has fond memories of Qatar. “The Qataris are good people, many have helped me,” says the 32-year-old man from the city of Sadarpur in Bangladesh. He worked as a driver, construction worker, and welder, earning around $700 a month.

Abu Yusuf would love to be in Qatar now to watch a game at El Bayt Stadium where he worked as a welder. “It’s a beautiful stadium. I’m proud that I helped build it.”