World Cup 2022: That’s why there was so much stoppage time between England and Iran 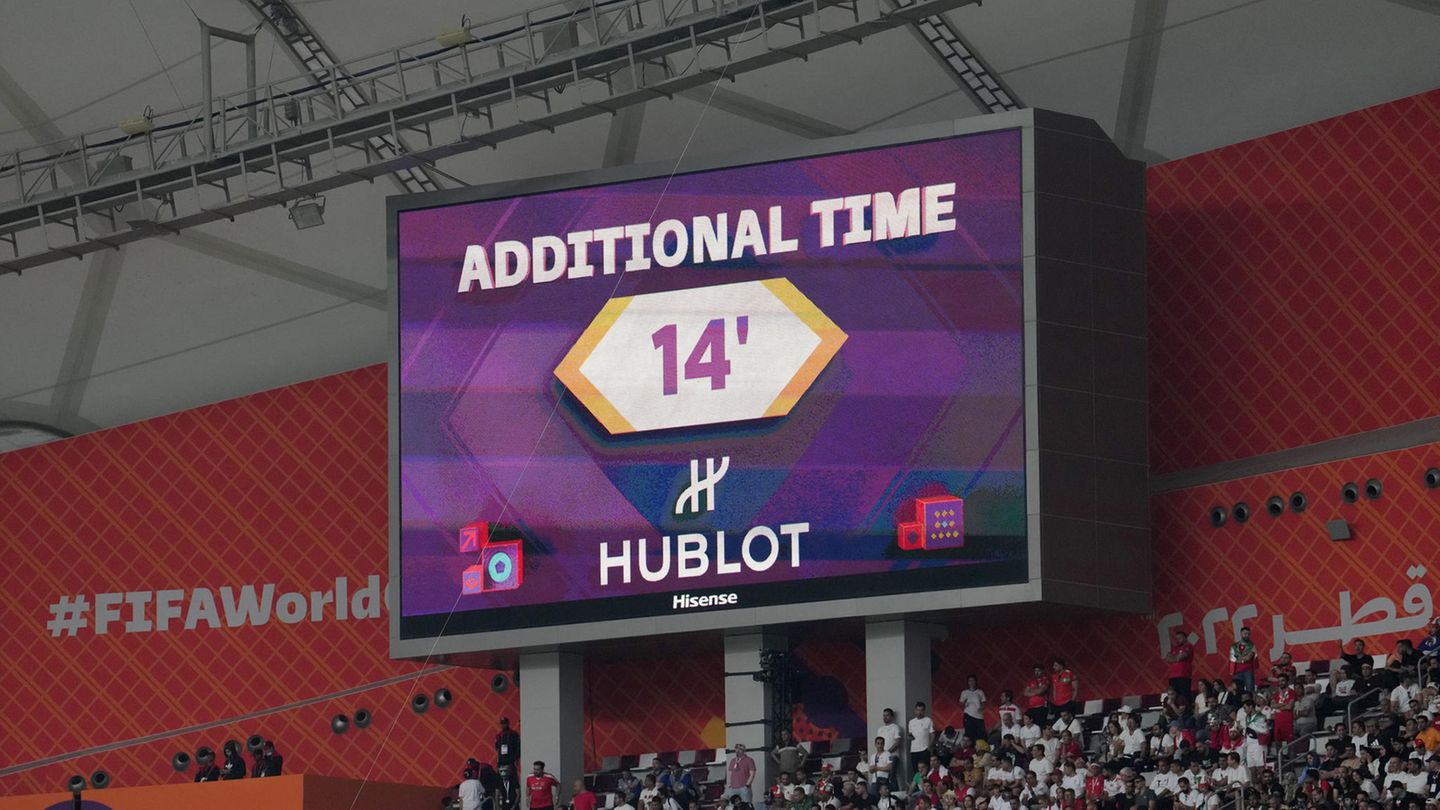 The referee showed a total of 24 minutes of stoppage time in the World Cup match between England and Iran. There were several reasons for that.

14 minutes of stoppage time in the first half, ten minutes in the second half: The game against Iran should go down in the history books right away – and not only because of the eight goals that the game had to offer.

Iranian goalkeeper Ali Beiranvand collided with his team-mate Majid Hosseini in the 11th minute while attempting to defend against a sharp cross from England captain Harry Kane. The goalkeeper lay on the grass for minutes and had to be treated for a nosebleed. He tried to keep playing, but then had to be substituted in the 20th minute. Substitute goalkeeper Hossein Hosseini then conceded three more goals before half-time.

“We will calculate injury time very carefully and try to make up for the time lost due to incidents,” Fifa chief referee Pierluigi Collina said ahead of the World Cup. “We don’t want there to be only 42 or 43 minutes of active play in a half, that’s not acceptable. The time lost through goal celebrations, substitutions, injuries or sending-offs should definitely be made up for. “Seven, Eight, nine minutes of added time” are to be expected in a normal World Cup game in Qatar.

In the game between England and Iran, the Brazilian referee Raphael Clauss followed this Fifa instruction. In his eyes, the injury break plus three goals added up to 14 minutes of added time. Five goals plus video evidence of a second-half penalty resulted in ten more minutes of extra playing time.

Injury time at the World Cup is still unusual

That didn’t change the clear result. But the players on the pitch, like the fans in front of the TV and in the stadium, will have to get used to this change.