Qatar World Cup: the semi-automatic offside under the magnifying glass in the Argentine debut 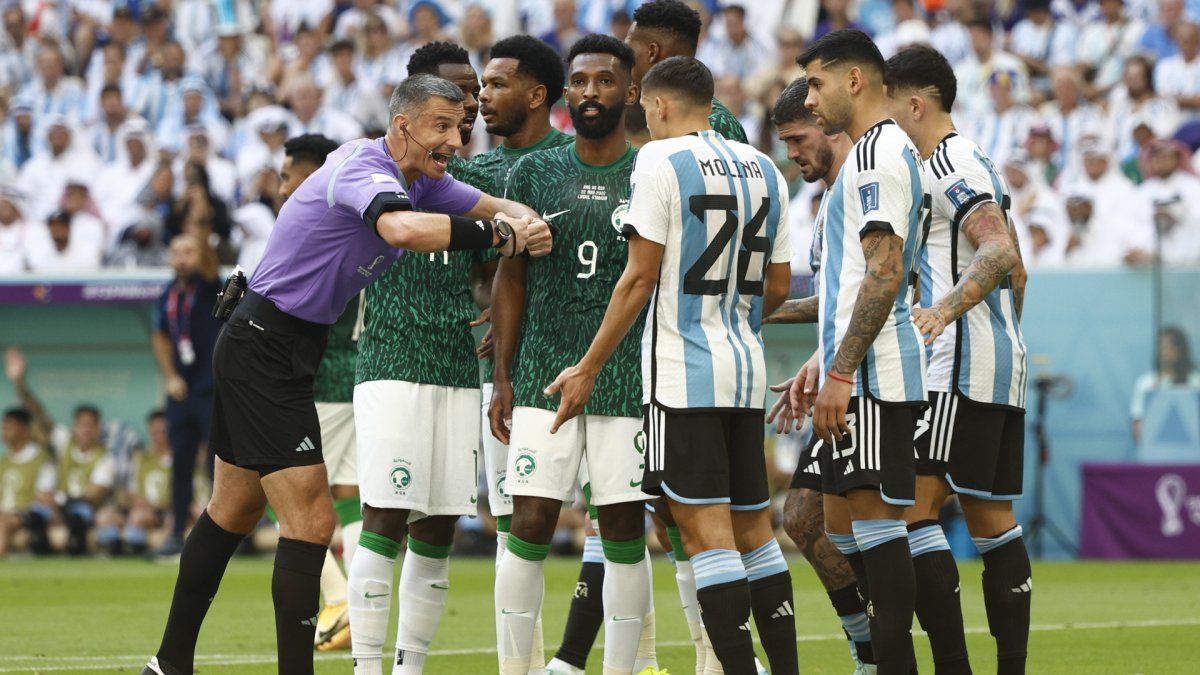 How does it work

This new tool detects what the human eyes of the referees cannot see. For this reason, the 32 competing teams were instructed in this regard with referee talks.

Regarding the operation of the offside, twelve specific monitoring cameras located on the roof of the stadium were installed to follow the ball.

They then calculate the exact position of each player through data points that map the bodies of the footballers. Thus, a complete 3D image is recreated, which can then be seen by spectators in the stadium and television viewers, as happened in Valencia’s goal in the opening match between Qatar and Ecuador.

Another important point is that the ball has a sensor that measures the point of impact to specify and measure the moment in which it is hit.. In fact, in Ecuador’s second goal this was checked, something that was shown to everyone at halftime. Something that can happen calmly in the complement of the meeting between Argentina and Saudi Arabia.