World Cup 2022: DFB team focuses on Japan instead of “One Love” debate 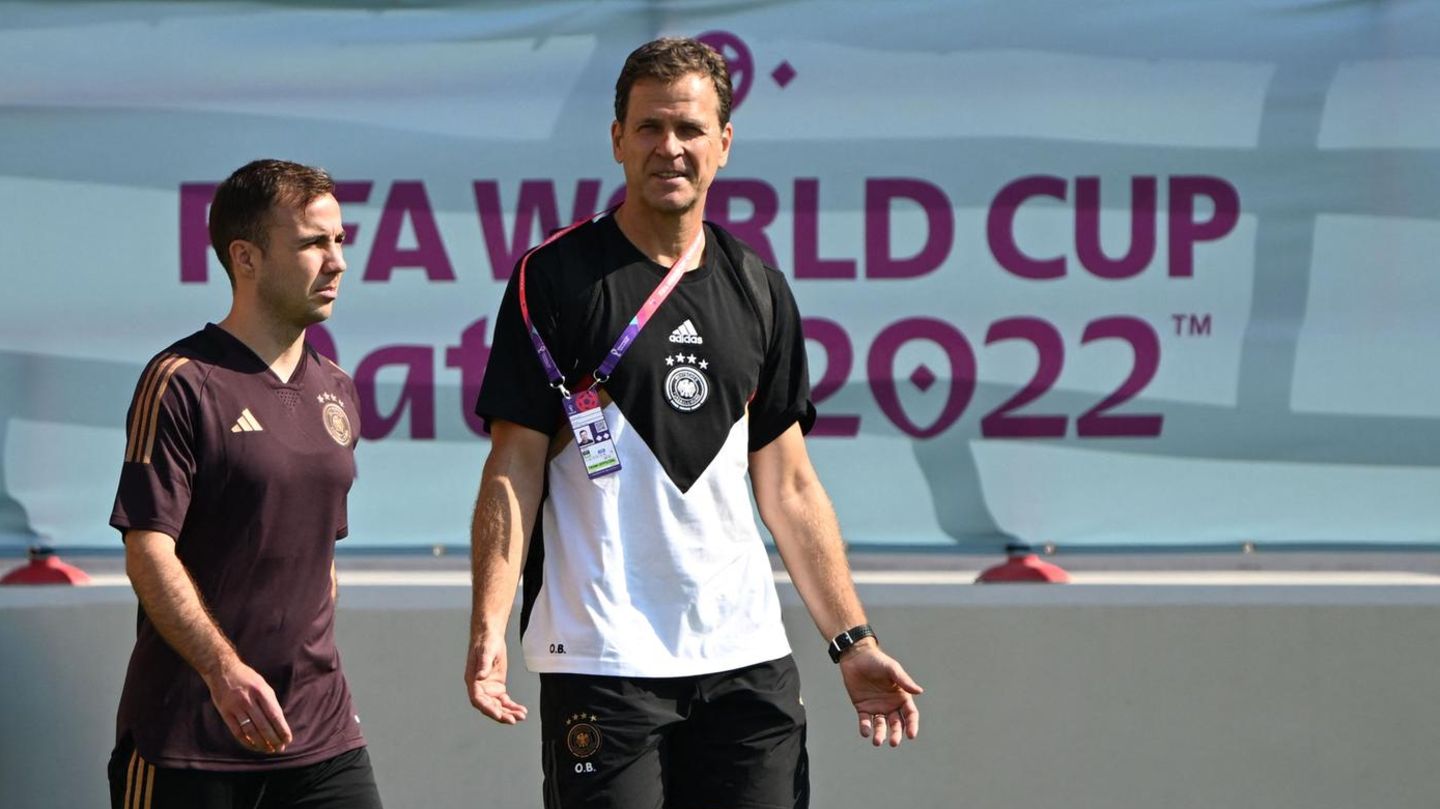 Sealed off from the heated discussions about the “One Love” armband, the German national team is preparing for the first World Cup preliminary round match against Japan. But at the PK, coach Hansi Flick cannot avoid the debate.

The entire tour group of the German Football Association is accommodated in the Zulal Wellness Resort in northern Qatar, and yet these days it seems as if the players and officials are moving in different worlds. DFB President Bernd Neuendorf and Oliver Bierhoff, the director of national teams, constantly have to comment on the ban on the “One Love” bandage. The team, on the other hand, is only marginally concerned with this – that became clear at the press conference on the evening before the first group game against Japan.

“I’m glad this topic is coming up so early,” said Hansi Flick on Tuesday evening when asked for his opinion on the binding dispute in Doha’s Main Media Center. The subtext of this sentence was: Let’s talk about it for a moment, then we can tick that off.

“I was 15 when the World Cup was awarded”

“It’s a shame that you can’t stand up for human rights,” said Flick, and when it came to football a few questions later, you could see the tension draining from him. Joshua Kimmich made a similar statement. “I’d like to be able to look forward to this World Cup, even if it’s taking place here,” said the Bayern midfielder. “When the 2010 World Cup was awarded to Qatar, I was 15 years old. And now I have to talk about it all the time. None of us can help that it’s taking place here.” Kimmich said that grievances must be addressed openly, but at the same time the World Cup means “a huge childhood dream”. It was a challenge for him to “do this balancing act”.

Criticism of the Qatar World Cup: This is how the world looks at the tournament in the emirate

The DFB has spun a cocoon around the team and the coaching staff – Flick and Kimmich have apparently not noticed much of the increasing intensity of the discussion about the ban on pads. The DFB team was criticized after it announced on Monday that it wanted to do without the “One Love” bandage. The world football association Fifa had threatened sanctions for violations. “In order to protect the team, we will not wear the bandage,” said DFB director Bierhoff the day before at the Al Shamal training center.

First sponsor turns his back on DFB

At home, this decision triggered a wave of indignation. DFB sponsor Rewe announced the cooperation; Politicians, business leaders and commentators accused the national team of discouragement and kneeling before FIFA. Germany’s largest tabloid “Bild” ran the headline: “Ashamed of you”. When asked about this headline, Flick said: “You may be surprised, but I didn’t read that. I’m fully focused on the sport.” His predecessor in the position of national coach, Joachim Löw, recently advised him at lunch to allow “as little information as possible”.

According to Flick’s descriptions, the ban on pads was discussed in the team circle. Apparently there was a willingness to accept yellow cards as a punishment for wearing the bandage – but since there were also tough sanctions up to and including a point deduction, the decision was taken in consultation with other national associations not to wear the bandage, said Flick .

While the players are concentrating on the Japan game, the DFB’s efforts at official level continue to be allowed to wear the bandage. DFB media director Steffen Simon confirmed reports that they want to contact the international sports court CAS to obtain legal protection in the dispute with Fifa.